Canada’s mainstream media is all over the finding of a British inquiry that ‘maybe’ President Vladimir Putin had a hand in the killing of Alexander Litvinenko in Britain in 2006. 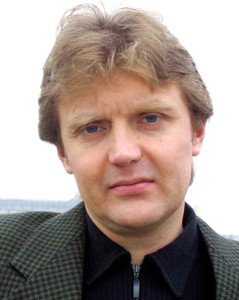 Retired British judge Sir Robert Owen who presided over the inquiry says there is “strong circumstantial evidence” leading to a “strong probability” that the Russian FSB security agency was responsible for poisoning Litvinenko with polonium 210 and, further, that Russian President Vladimir Putin “probably approved” the act.

The New York Times reported Judge Robert Owen’s finding in his report released on January 21 that the the radioactive polonium used to poison Mr. Litvinenko “had probably come from a Russian reactor”.

Litvinenko’s now-adult son told a sympathetic reporter at The Guardian one year ago, “Maybe Putin gave the order. Maybe he didn’t. But because of the way the power system is, he’s ultimately responsible.”

Litvinenko was a former Russian police investigator. His field of investigation was organized crime. He left Russia for Britain in 2000 where he was granted political asylum. 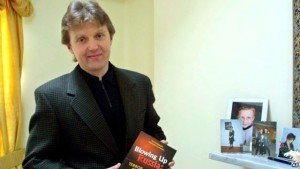 Wikipedia reports that in Britain, Litvinenko worked as a “journalist, writer and consultant for the British intelligence services”. In 2002, he co-authored a book alleging that the FSB staged bombings in Russia that provided the government with a pretext for a second war in Chechnya (1999), following the disastrous First Chechen War in 1994-96 during the presidency of Boris Yeltsin. The book alleges ‘Putin’ was at the center of the alleged bomb conspiracy.

The British government resisted for years the holding of a public inquiry into Litvinenko’s death. Instead, an coroner’s inquest with more limited access to government-held information finally began in January 2014.  But the following month, an appeal of that decision by Litvinenko’s widow was accepted by the London High Court. The government appealed the High Court ruling but did a u-turn in July 2014, accepting a full inquiry. A lengthy article in The Guardian in January 2015 sympathetic to the Litvinenko family cause called it “an astonishing u-turn”.

Judge Owen had lobbied for his inquest to become a full-blown inquiry. Litvinenko’s widow and lawyers accused the British government of wanting to cover up “state-sponsored nuclear terrorism”.

The inquiry’s 328 page report and conclusions reminds of many other ‘maybe’ reports about the Russian president. Less than one year ago, the world was saturated with another ‘Putin did it’ story, that of the killing of Boris Nemtsov, a pro-Western critic of the Russian government and former top official of Yeltsin-led governments. Nemtsov was gunned down in Moscow on Feb 27, 2015, apparently by assassins hired by people of yet to be determined political motivation.

Alas for the anti-Russia crowd, with quick arrests and with ongoing, public disclosures by Russian police of their investigation, the ‘Putin killed Nemtsov’ story never had any legs. But when it comes to opportunities to bash the Russian government, the prevailing motto of Western media is ‘Never let facts get in the way of a good Russia-bashing story.’

Canada’s Globe and Mail daily gave the Litvinenko story a full centre-spread presentation on January 22, with a large lead-in on page one. The story was lifted from the New York Times.

The Times print edition used the provocative headline, ‘Putin role likely in ex-spy’s death’. The Globe used a headline that could be commended for its accuracy if read in a certain context. It reads, ‘Poisoning death of Kremlin foe comes back to haunt Putin’. Indeed Western media is making yet another a stab at ‘haunting’ the Russian president. But this story is ten years old and it comes in a world troubled by matters of much more importance, tragic as may be the apparent murder of this one man.

Much of the Globe centrespread consists of lurid visuals–a dying Alexander Litvinenko in a hospital bed, his grieving widow, people carrying his at his funeral, figures from the Russian police made to look shadowy, including one wearing a balaclava, and an unflattering photo of Vladimir Putin himself. The Times features a photo of a smiling President Putin walking with an entourage.

Ward adds her unique twist by wondering why the British government doesn’t immediately move to impose further sanctions on Russian businessmen and political leaders as a result of the ‘maybe’ inquiry’s accusation. Aha, we learn, Britain in awash is “dark money” from Russia, an unpleasant story which ‘maybe’ the British government would prefer to leave lying like the proverbial sleeping dog. Ward writes:

However, Britain may have limited legroom for kicking back at Moscow. The British economy has been boosted by billions of unaccounted dollars in ‘dark money’ from Russia, according to Germany’s Deutsche Bank. It has helped to overheat London’s property market to the boiling point.

Hmm, if the Russian money is “dark”, and so much of it is pouring into Britain as to inflate the housing market and influence British foreign policy, who in the City of London and in the British government are in league? Watch the Star for further insights (but don’t hold your breath while waiting).

Like the Globe, the Star embellishes its story with some provocative background information. Kate Allen, the science and technology writer for the Star’s foreign desk, is commissioned to provide a description of polonium 210, the radioactive substance with which Alexander Litvinenko was poisoned.

Kate Allen is described on the Star website as “interested in all things great and geeky – from particle physics to paleontology and everything in between”. No doubt she is a talented writer; the Star is a serious newspaper. It’s unfortunate to see an up and coming writer used for a routine by her editors in the service of a provocative and dangerous anti-Russia foreign policy.

Alexander Mercouris has written a detailed, 11,000-word legal analysis of the judicial inquiry in Britain into the death of Alexander Litvinenko in 2006. Mercouris was a practicing lawyer for 12 years at the Royal Courts of Justice in London, the venue of Litvinenko inquiry.


Media more outraged by ‘possible’ murder by Putin than by definite murder by Obama, by Matt Peppe, Counterpunch, Jan 25, 2016 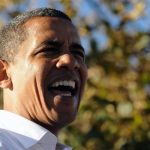 Media more outraged by ‘possible’ murder by Putin than by definite murder by ObamaMultipolarity, Russia 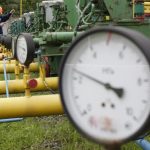 Ukraine after money from Russia for past and future natural gas transit feesRussia, Ukraine