The British government, whose foreign policy is overtly hostile to their Russian counterpart, declared last week that its investigation into the killing of a former Russian intelligence agent in London nearly a decade ago concluded there is a “strong probability” the Russian FSB security agency was responsible for poisoning Alexander Litvinenko with plutonium. 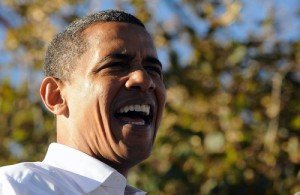 It further declared that Russian President Vladimir Putin “probably approved” of the act. The British investigation, which was likely politically motivated, seemingly raised more questions than it answered. But American corporate media were quick to use the accusations against Putin to demonize him, casting him as a pariah brazenly flaunting his disregard for international conventions.

The Washington Post (1/23/16) editorial board wrote that “Robert Owen, a retired British judge, has carefully and comprehensively documented what can only be called an assassination… Mr. Owen found (Andrei) Lugovoi was acting ‘under the direction’ of the FSB in an operation to kill Mr. Litvinenko – one that was ‘probably approved’ by the director of the FSB and by Mr. Putin.”

Actually, Owen did not find that former KGB operative Lugovoi was acting under the direction of the FSB to kill Litvinenko. He found there was a “strong probability” this was the case. This means that even in Owens’s view, there is not near certainty, which would meet the legal standard of reasonable doubt that would preclude a guilty judgement. There is even more doubt that even if it were the case the FSB ordered the murder, they did so on Putin’s orders.

The New York Times editorial board (1/21/16) finds the investigation’s results “shocking.” For the Times, this confirms a pattern of Putin’s rogue behavior. They claim Putin’s “deserved reputation as an autocrat willing to flirt with lawlessness in his global ventures has taken on a startling new aspect.”

Both of the prestigious and influential American newspapers argue that the British findings impugn Putin’s respectability in international affairs. The Times says: “Mr. Putin has built a sordid record on justice and human rights, which naturally reinforces suspicion that he could easily have been involved in the murder. At the very least, the London inquiry, however much it is denied at the Kremlin, should serve as a caution to the Russian leader to repair his reputation for notorious intrigues abroad.”

The more hawkish Post says: “This raises a serious question for President Obama and other world leaders whose governments do not traffic in contract murder. Should they continue to meet with Mr. Putin as if he is just another head of state?”

Putin’s alleged “sordid record on justice and human rights”, which is taken for granted without providing any examples, is seen as bolstering the case for his guilt in the case of the poisoning death of Litvinenko. This, in turn, adds to his “notorious” reputation as a violator of human rights.

The Post draws a line between the lawless Putin and the respectable Western heads of state, such as Obama. Though they frame their call to treat Putin as an outcast as a question, it is clearly intended as a rhetorical question.

It is curious that The Post draws a contrast between Putin and Obama, whose government is supposedly above such criminality. The newspaper does not mention the U.S. government’s drone assassination program, which as of last year had killed nearly 2,500 people in at least three countries outside of declared military battlefields. Estimates have shown that at least 90 percent of those killed were not intended targets. None of those killed have been charged with any crimes. And at least two – Anwar al-Awlaki and his 16-year-old son Abdul Rahman – were Americans.

Obama himself is personally responsible for those killed by missiles launched from unmanned aircraft over the skies of sovereign countries. Several news reports have indicated that Obama is presented in meetings each week by military and national security officials with a list of potential targets for assassination. Obama must personally approve each target, at which point they are added to the state-sanctioned “kill list“.

The British government has also assumed for itself the power to assassinate its own citizens outside a declared battlefield. Last fall, Prime Minister David Cameron ordered the deaths of two British citizens in Syria, who were subsequently disposed of in a lethal drone strike.

The Washington Post editorial board (3/24/12) claimed that Obama was justified in carrying out lethal drone strokes that kill American citizens “to protect the country against attack”. Their lone criticism was that “an extra level of review of some sort is warranted.”

After it was revealed that an American hostage was inadvertently killed in a drone strike in Pakistan, The Post (5/1/15) said that the issue of whether the American government continues to conduct drone strikes should not be up for debate. “(T)here is little question that drones are the least costly means of eliminating militants whose first aim is to kill Americans,” they wrote.

While they tacitly accept the legal rationale for Obama’s assassination program, the New York Times editorial board at least demonstrated some skepticism. In ‘A Thin Rationale for Drone Killings’ (6/23/14), they called the memo “a slapdash pastiche of legal theories – some based on obscure interpretations of British and Israeli law – that was clearly tailored to the desired result.” They say that “the rationale provides little confidence that the lethal action was taken with real care.”

Yet they do not chastise Obama for his “intrigues abroad” nor do they condemn this as an example of his “sordid record on justice and human rights,” language they used for Putin. The idea that relying on what are transparently inadequate legal justifications for killing an American citizen without due process would merit prosecution is clearly beyond the limits of discussion for the Times.

Recently Faheem Qureshi, a victim of the first drone strike ordered by Obama in 2009 (three days after his induction as President), who lost multiple family members and his own eye, told The Guardian that Obama’s actions in his native lands are “an act of tyranny. If there is a list of tyrants in the world, to me, Obama will be put on that list by his drone program.”

Surely both the New York Times and Washington Post disagree with Qureshi, because they believe the U.S. government is inherently benevolent and its motives are beyond reproach. But based on their editorials about the British investigation of the Litvinenko poisoning, if Putin was responsible and was described by Qureshi in the same way, they would wholeheartedly agree.

The U.S. government and its allies in NATO, like Great Britain, have a clear agenda in vilifying Russia and its President. The U.S.-NATO alliance supported the government that came to power in Ukraine in February 2014 through a coup. After provinces in Eastern Ukraine – the vast majority of whose population is ethnically Russian and Russian-speaking – refused to recognize the NATO-backed coup government in Kiev, the Russian government supported them.

It should be easy to see how, from Russia’s perspective, the Ukrainian conflict can be understood as an extension of NATO encroachment towards Russia’s borders that has continued unabated since James Baker told Mikhail Gorbachev in 1991 NATO would move “not an inch east.”

“We’re in a new Cold War,” Stephen Cohen, professor of Russian studies and politics, told Salon. “The epicenter is not in Berlin this time but in Ukraine, on Russia’s borders, within its own civilization. That’s dangerous. Over the 40-year history of the old Cold War, rules of behavior and recognition of red lines, in addition to the red hotline, were worked out. Now there are no rules.”

Additionally, Russia’s support for Syrian President Bashar al-Assad since 2011 throughout that country’s civil war, and more recently its direct military intervention in the conflict that has turned the tide against U.S.-backed rebels, has strongly rankled Washington.

The language used by top government officials to describe Russia has been astoundingly combative. Defense Secretary Ash Carter, the man in charge of the entire U.S. military, claimed Russia is responsible for aggression and is “endangering world order.”

The U.S. government’s hyping of the Russian “threat” has been used to justify massive spending on the U.S. space program and other military expenditures, such as $1 trillion to upgrade nuclear weapons.

One could even argue that the narrative of an aggressive and belligerent Russia is the principal justification for the continued existence of the NATO itself, two and a half decades after the breakup of the Soviet Union. The alliance allows the U.S. military to be stationed in hundreds of bases throughout Europe under the guise of a purely defensive organization.

The U.S.’s most prominent media organizations should demonstrate the strongest skepticism towards the policies and actions of their own government. At the very least, they should hold their own country’s leaders to the same standards as they do others. But time and again, the media choose to act as a mouthpiece to echo and amplify Washington’s propaganda. They do the government’s bidding, creating an enemy and rallying the public towards a confrontation they would otherwise have no interest in, while allowing the government to avoid accountability for its own misdeeds. 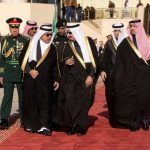 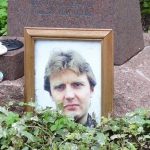 Canada’s mainstream media all over latest ‘Putin maybe did it’ storyRoger Annis, Russia