Kiev – Ukraine on Friday stepped up its economic warfare with Russia by demanding a multi-billion-dollar payment from the Russian Gazprom gas giant for allegedly underpaying Kiev for its fuel transits to European states. 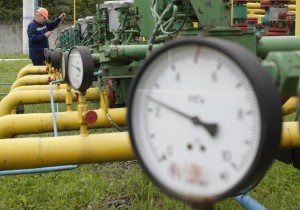 The gesture is largely symbolic because Russia has dismissed similar Ukrainian claims. But it underscores the severe tensions between the two neighbours and potentially complicates the solution of a litany of existing trade disputes.

The committee’s deputy chief Mariya Nyzhnyk said the sum represented 30 per cent of the price for natural gas that passed through the country over the past five years.

The Russian firm expressed “extreme surprise” at the announcement and stressed that it would have no impact on its future operations in Ukraine. “Gazprom intends to defend its rights and legitimate interests by all legal means at its disposal,” it said in a statement.

Ukraine’s decades-old pipelines account for about 15 percent of all gas imported by the European Union. EU members rely on Russia for about a third of their outside supplies.

Some of Gazprom’s EU clients saw their deliveries limited in 2006 and 2010 when the state-run behemoth — long accused of raising the rates of neighbours who want to ease their dependence on Moscow — halted supplies to Ukraine over price disputes.

Kiev’s announcement came just three days after Gazprom itself demanded the payment of a previously-undisclosed $2.55 billion bill for the July to September period of 2015. Ukraine has been weening itself off Russian energy imports and purchased almost no gas from its eastern neighbour in the period mentioned by Gazprom. But the Russian firm said the amount it was after fell under the take-or-pay scheme that requires clients to reimburse Gazprom for any contracted gas they failed to purchase in a specific timeframe.

Russia’s latest charge brings to nearly $32 billion the bill it claims is due by Kiev.

Kiev authorities have vowed repeatedly not to halt shipments to Europe despite its multiplying disputes with Gazprom.

Ukraine is reliant on EU backing in its struggle with pro-Moscow insurgents in its industrial east — a 21-month conflict Russia denies either plotting or backing in retaliation for Kiev’s decision to anchor its future with the West.

But Ukraine’s its cash-starved economy also needs proceeds from Russian gas shipments that Moscow intends to limit by expanding pipelines that already bypass Ukraine. Kiev this month raised the price it wants Gazprom to pay for its transits by about 50 percent.

Ukrainian Energy Minister Volodymyr Demchyshyn said on Wednesday that Russia had simply ignored Kiev’s move. So now we will meet in Stockholm,” he said in reference to the arbitration court.

The Swedish tribunal has not yet examined the issue and it remains unclear when — or if — a ruling will be issued on the counter-suits. 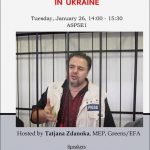 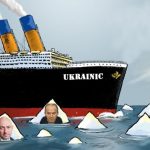 The trial of the unbankable Ukrainian oligarchs: Pinchuk, Kolomoisky and Bogolyubov forced to settle out of courtJohn Helmer, Ukraine