By Branco Milanovic, published on his website ‘Global Equality’, Nov. 3, 2014

As I was leaving Berlin less than a week before the 25th anniversary of the fall of the Wall, and as celebrations there were going strong, I decided to look at the balance sheet of transition countries (even if the term is no longer fully adequate) over the past quarter century. I am originally from one of them. I worked in most of them in the 1990s, and I discussed and documented the Great Depression there in my 1998 book ”Income, inequality and poverty during the transition to market economies.” So, I was going back to a familiar terrain.

What naturally comes to mind to an economist is to look first at how these countries have done in terms of economic growth. To fix the ideas, let’s call the countries that have yet (in 2013) to reach the level of real income of 1990, measured by real GDP per capita, clear failures. Then, let’s call the countries that grew more slowly than the average of rich OECD counties, that is at less than 1.7% per capita per year, relative failures. They are so because they are not converging to the rich countries’ income levels.

The third group consists of countries that are just about keeping up with the rich world and  have been growing at between 1.7 and 2 percent per capita. Finally, we come to the success cases–countries that grew by at least 2% per annum per capita over the 25-year  period. Note that the requirement of growing by 2% per year during quarter a century is not particularly onerous, nor is such an achievement very stirring: you would need 35 years, almost two generations, of such growth to double per capita income.  (All growth rates are in per capita terms, derived from GDPs, based on 2011 International Comparison Project PPP data, and downloadable from the  World Bank World Development Indicators.)

How does the picture look? In the bottom group, of absolute failures, we have seven countries with a combined population of almost 80 million (20% of the population of all “transition” countries). They are, in order of the extent of their failure: Tajikistan, Moldova, Ukraine, Kyrgyz Republic, Georgia, Bosnia and Serbia. All except Ukraine (note that our data end in 2013) have been involved in civil or international conflicts. None is likely to reach its 1990 income any time soon. Basically, they are countries with at least three  to four wasted generations. At current rates of growth, it might take them some 50 or 60 years—longer  that they were  under Communism!—to go back to the income levels they had at the fall of Communism.

The relative failures include four countries: Macedonia, Croatia, Russia and Hungary. They, because of the large size of Russia, comprise 160 million people and represent the dominant of our four groups. Some 40% of transition countries’ populations live there. Their growth rates have been less or around 1% per capita.

Those that are managing not to fall further behind the rich capitalist world are five: Czech Republic, Slovenia, Turkmenistan,  Lithuania and Romania. They include 40 million people (10% of transition countries’ total). Their growth rates have been between 1.7 and 1.9 percent per capita annually.

Finally, we come to the success cases, those that are catching up with the rich world. There are 12 countries in this group., and in increasing order of success they are: Uzbekistan and Latvia (average growth rate of 2%), Bulgaria (2.2%), Slovakia and Kazakhstan (2.4%), Azerbaijan, Estonia, Mongolia and Armenia (around 3%),  Belarus (3.5%), Poland (3.7%) and Albania (3.9%). The population living there amounts to 120 million (almost a third of the total).

If we concentrate on success cases, several of them (Azerbaijan, Kazakhstan and Uzbekistan) are resource-rich economies whose success is entirely explained by the exploitation of hydrocarbons, gold or other minerals. The real capitalist successes are only five: Albania, Poland, Belarus, Armenia and Estonia, having grown by at least 3% per capita per annum, almost at twice the rate of rich countries, and without an obvious help of natural resources. Armenia is particularly remarkable since its original period of transition was rocky due to the war with Azerbaijan.

If in addition to growth, we broaden our gaze to income inequality, there we have extremely high increases in some countries like Russia (which, with a rather sluggish overall growth produced very modest decreases in poverty), the three Baltic countries, and Georgia. In all of them, inequality, measured by the Gini index, increased by more than 10  points, which is twice as much as it increased in the US between mid-1980s and today. On the other hand, central European countries registered rather small Gini increases and currently have stable low-to-moderate inequality levels, very much in line with the rest of OECD.  The data for Central Asian countries are not reliable, but they most likely underwent a significant increase in inequality.

Further,  if we require that a successful tradition to liberal capitalism should in addition to the catch-up with the rich world and rather moderate increase in inequality imply also a consolidation of democracy, and we go back to our list of five success cases, we must,  on account of unconsolidated or inexistent democracy, drop Belarus and Armenia. (In 2012, Belarus’s Polity score for democracy, on a scale from minus 10 to plus 10 is -7, and Armenia’s +5.) That leaves us with only three successes: Albania, Poland and Estonia.Albania had a somewhat less than exemplary transition to democracy, and it still may not be included in the list of the fully consolidated democracies (although its current Polity score, like Estonia’s, is a high +9). Data on pre-transition inequality are inexistent for Albania, so we really do not know how much inequality increased there.

Most people’s expectations on November 9,  1989 were that the newly-brought capitalism will result in economic convergence with the rest of Europe, moderate increase in inequality, and consolidated democracy. They are fulfilled most likely in only one country (Poland), and at the very most in another, rather small,  two. Their total populations are  42 million, or some 10% of all former Communist countries. Thus, 1 out of 10 people living in “transition”  countries could be said to have “transitioned” to the capitalism that was promised by the ideologues who waxed about the triumph of liberal democracy and free markets.

In this short piece, obviously, I cannot go into political developments which were also much worse  than expected, nor into wars that continue and have cost, conservatively estimated, 250,000 lives so far (from Nicholas Sambanis’ database on ethnic conflict), nor into major declines in life expectancy in Russia and Ukraine, nor into sluggish or negative population growth rates in most European former socialist countries, nor into all pervasive corruption and kleptocracy.

Let me just focus on one often overlooked fact. It  is most strikingly illustrated with respect to Russia. Russia, probably for the first time since the early 1800s, has gone through a quarter of a century without leaving any trace on the international world of arts, literature, philosophy or science. One does not need to mention Russia’s “Silver Age” of the early 1900s, nor a number of writers who, often in the opposition to the regime, produced some of the best literature of the 20th century (Akhmatova, Pasternak, Grossman, Sholokhov, Solzhenitsyn, Zinoviev); one does not need even to dwell on scientific progress, indeed limited to the military or military-used production, in the USSR, to realize that nothing similar happened in the past 25 years, which is indeed a sufficiently long period  to draw conclusions. Capitalism was not kind to Russia’s arts and sciences.

The same is true for smaller countries like Poland, Hungary, Yugoslavia and Czechoslovakia who, between 1945 and 1990, produced important poets, writers, philosophers and artists.  I might not have followed  fully the current intellectual trends,  but I really cannot recall, with a few exceptions (and there I confess to my own bias) anyone from Eastern Europe who has made an intellectual or artistic imprint on the world in the past 25 years. The exceptions, in my opinion,  are almost all from the former Yugoslavia (here is my bias): Emir Kusturica (film), Goran  Bregovic’ (music), and Slavoj Žižek (political philosophy). Interestingly, all have roots in the non-aligned Titoist Yugoslavia and often draw inspiration from it;  e.g.  Bregovic’’s music would not exist if he had to limit it to one of the new countries (i.e., former republics). To that very subjective short list I might add the Bulgarian political scientist Ivan  Krastev. (Obviously, I am not including researchers who might have done excellent work on their own countries. I am interested in those who had influence beyond their borders, some international impact.)

Another glaring absence is that of interesting and important political leaders. I do  not include here Putin, who is obviously important but whose influence while, in my opinion, positive in the first 5-6 years of his rule, has been increasingly negative since. Political leaders of the new states are hardly known to their own populations, much less to the others. I think it is a fair guess that, other than for Putin, 90% of the population in transition countries would be unable to name a president or  prime minister of any other transition country than theirs. Midget countries have produced intellectual midget leaders who either rule by iron hand (Nursultan Nuzerbayev in Kazakhstan, Islam Karimov in Uzbekistan),  or have created a dynasty (Aliyevs in Azerbaijan), or have been in power for some 30 years (as in Central Asia and Milo Djukanovic’ in Montenegro) or just mindlessly repeat mantras coming from Brussels or Washington.

So, what is the balance-sheet of transition? Only three or at most five or six countries could be said to be on the road to becoming a part of the rich and (relatively) stable capitalist world. Many are falling behind, and some are so far  behind that they cannot aspire to go back to the point where they were when the Wall fell for several decades. Despite philosophers of “universal harmonies” such as Francis Fukuyama, Timothy  Garton  Ash, Vaclav Havel, Bernard Henry Lévy, and scores of international  “economic advisors” to Boris Yeltsin,  who all fantasized about democracy and prosperity, neither really arrived for most people in eastern Europe and the former Soviet Union. The Wall fell only for some.

See the extensive comments, and replies by the author, at the original posting of the article (weblink above). 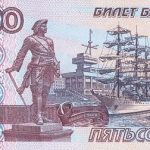 What’s next for the ruble?Background, Russia
Presentation: Maidan, the right-wing and violence in protest events in UkraineBackground, Ukraine, Video presentation