Four-part article series by Pavel, publisher of the blog Espresso With Pavel

The publisher of the blog Espresso With Pavel visited Crimea in August 2015 and wrote four articles on his visit. Here are the weblinks to all four articles. Below is the full text of part four.–New Cold War.org, Sept 9, 2015

Crimea: Where children of Donbas recover from war

Part four of ‘Impressions from Crimea’, by Pavel, published on ‘Espresso With Pavel’, Sept 2, 2015

During our vacation on Crimea, we visited a summer camp for children. Until last year, this was an ordinary summer camp where children from Ukraine and Russia enjoyed a few days in the beautiful nature of Crimea. After last year’s slow season with record low bookings after the reunification with Russia, the idea was born to find ways to allow children from war torn Donbass to come here and spend some time in a peaceful surrounding and recover from the traumas they have to endure. The team of volunteers working on this idea was hoping to be able to find enough sponsors for 200 children and enough volunteers to support the staff in handling this. 24 hours after the first contacts, this goal was already achieved and a few months later the full capacity for 2015 was reserved for children of war.

Large contributions came in from businessmen and companies and a steady flow of donations from the local Crimean population matter just as much. Some volunteers travel to Crimea on their own expenses to help make this happen, youth organizations from all corners of Crimea help this and other summer camps organize events and take care of the children around the clock. There are so many contributions that the staff is already planning 2016. And that is actually a sad step because it shows that nobody on the staff is expecting the war to end, everybody is expecting that more and more children will need to recover from their traumatic experiences.

Children are our future but what future do these children of war have? What have they done to deserve this? Those children like all other children. Their smiles are beautiful when they are able to smile. But their eyes show their traumas, their pain. Their eyes, which are said to be the mirrors of the soul, show what they experienced. Some have scars on their skin, all have scars on their souls. This is expression of gratitude for everyone who is doing whatever they can to make this happen for these children.

There is a nurse from Odessa who resigned from her job in the hospital to come here and help the children. She said “I can not undo what my government is doing in my name but I can devote my time to help these children overcome what was done to them” while trying to fight her tears. A school teacher from Karkhiv who decided to spend his summer leave here as a volunteer and was struggling with the thought of returning to the country that has caused the horrors buried in the souls of these innocent children. And many, many local Crimean youngsters who, instead of doing what most youngsters do during their summer vacation, show up every day to help taking care of those children. Dozens of locals come in every day to do the cooking, or cleaning, or read, or play, or hold hands and give hugs.

So many special people who devote their time to give these children a couple of days of happiness. A couple of days without fear, a couple of days to help them overcome the traumatic experiences that no child in this world should suffer from. But they suffer from it, you will see it as soon as you have the strength to look in their eyes. They play, they have fun, they enjoy the activities organized for them. And then there are the moments of silence, when they are locked up in themselves with their sad thoughts. There is the sudden crying which intensifies during the night. There is that heartbreaking moment when the staff tells visitors that avoid loud noises because it reminds the children of explosions…

Some children will return to their parents after their stay, most of them have sought and found a safe place in Russia. A few will return to their parents in Donbass because they are not able to leave. And there are orphans, so many orphans, too many orphans. Orphans just like I was once when my new parents adopted me and loved me as their own until their final moment. I became an orphan because some drunken idiot crashed into the car of my parents, they became orphans because of political agendas, power struggles between nations who don’t have the courage to pick their fights directly. Orphans in a war over what was it exactly again that allowed anyone to destroy their lives and youth?

Orphans who have nobody to return to, no loving caring homes because they have lost their parents in this horrifying war. One of them is Igor. A little boy who did nothing wrong in his life, nothing to deserve the traumas he is forced to deal with. When he hears a car arriving, he always looks at an adult and asks “papa?” but papa will never come home again. Nor will mama, nor his little brother nor his grandmother. They died in their house hiding underneath the staircase like almost every night. Igor barely survived, badly wounded. 2nd and 3rd degree burn wounds cover his body, his face is covered with scars and his left leg was so badly damaged that there was no alternative so it was amputated. Instead of enjoying his youth and growing up with his family, which is his right from the moment he was born, Igor will have to undergo dozens of further surgery to restore his damages body without his family. Every night, Igor wakes up crying and screaming and sometimes he forgets that his left leg is missing so he falls when he tries to run for cover in the night.

When my daughter noticed this little guy with just one leg playing in the sandbox, she immediately crawled over to him. She is fascinated by the fact that the two of us have no legs and the others do but now she saw something she hasn’t seen before so far. A boy with one leg and she just couldn’t stop pointing that out to her new friend and us. Igor seemed to like the attention and became just as excited about pointing out people with legs, my daughter’s missing legs and his remaining leg but he couldn’t seem to figure what to think about my missing legs. My girl enjoyed with loud laughter how he kept pushing up my limps as if he wanted to check if my legs where hidden underneath.

It was lunchtime and there is a basic rule for my daughter. When we’re together, she enjoys her lunch sitting on my lap, there is no way around that. So I pulled her up like always and my girlfriend and I exchanged a look of understanding. Now I realized that we both decided to do what would discuss in detail later but at this moment didn’t even had to talk about, it was decided right there and then without saying a word. She stretched out her arms to Igor which he gladly accepted and pulled him on her lap to have lunch with us. My daughter enjoys feeding us when we eat together and of course she also gave her new friend everything she was able to get her hands on. After observing this for a while, he very shy tried to give my daughter a part of his sandwich which she applauded loudly, returning the favor with her beautiful smile. Igor decided that my girlfriend needed to eat more. Now we had two little kids who were so busy feeding us that we had a hard time making them eat themselves, something we deal with and enjoy every day with my daughter.

In the afternoon I had some meetings with the staff and the original plan was that my ladies would visit a nearby market but they spontaneously decided to stay in summer camp. When I returned from the meetings, I found the kids enjoying their afternoon nap and my girlfriend reading a book for some other children. I could see in her eyes that she was captured and touched by the fate of these children. She is a beautiful loving soul.

That night and all nights since then, we prayed for those children. We prayed for an end to this war and all the other wars. There will always be wars, there is no stopping it. And there will always be children suffering from these wars, like those children from Donbass who we met in Crimea. Children from Donbass, innocent victims of a war like all children caught up in war are the true innocent victims of a crime against humanity which every war is. Children are our future but what future have these children? My father and mother have taught me that protecting children and providing them a loving caring home is the sacred duty of every adult, not just of their own parents. They have blessed me with love and support every day of their lives since adopting me and I do my best to live up to their standards. In my days as an officer, protecting children was my highest goal just as much as harming children was my biggest fear. My father was a man of actions and he has always put his words and wealth to work to provide children with care and protection. All of his adult life, he was patron to several orphanages around the world, just like his father was before him and I am proud that my father allowed me to follow him and take on his duties for his foundation.

Since the moment that I was allowed to hold my daughter in my arms for the first time last year, after the long wait and fears during the long and difficult adoption procedures, I finally understood the blessing of being loved by a child. This is what my father always told me about. This is what his motivation to dedicate his life to orphans. That someday someone will be blessed by being loved by those children. We pray that beautiful special Igor will find a loving caring home soon and we hope it will be ours. We wish that we will be blessed by the special love of Igor, that brave little boy who did nothing wrong and lost all that matters to him.

Please join us in praying for the children of war. 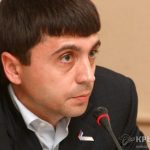 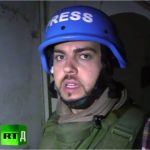