Mosaic of Facts, broadcast on RT Documentary, Sept 11, 2015, 53 minutes (and see below for two more films by the same filmmaker, shot in Donetsk and in Crimea) 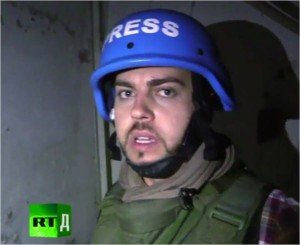 U.S. resident Miguel Francis-Santiago is a Los Angeles film school graduate. He began his journey into the Ukrainian crisis with a trip to Crimea in 2014. After joining RT Doc for a late-2014 investigation in Donetsk and witnessing real horrors in the war-torn region, he felt compelled to search for answers. His latest investigative film takes him home to New York, to begin his quest to understand how the crisis came about, who was behind it and where it might lead in the future.

Twenty-first-century warfare is now as much about words, pictures and video as guns, missiles and bombs. Meeting with American and European journalists, Miguel explores how crises in Ukraine and elsewhere are reported around the world. Headlines and sound bites have the power to shape public opinion. Sensationalism, censorship by omission and even falsified news; some claim there are no longer any taboos on the information battlefield.

The programme explores what governs media agendas in covering international news where unwritten editorial and geopolitical goals dictate how (and what) information is disseminated. What sources or news outlets can be trusted? We live in a connected age when the saying, ‘information is power’, has never been more true. At a time when the media has been dubbed “the fourth estate”, the thin grey line between facts and propaganda is becoming ever more blurred.


Read a review and background of the film ‘Mosaic of Facts’ here on Slavyangrad.org.

RTD and Miguel Francis Santiago, the author of “Crimea for Dummies”, go to Donetsk where the bloody conflict between the Ukrainian army and the anti-government forces is in full swing. With contradictory information coming from the region, witnessing the situation first-hand is the only way to find out what’s really happening there.

Miguel Francis, a Los Angeles film school graduate, travels to Crimea to discover for himself how life there has changed since it was reunited with Russia. He explores the beautiful peninsula’s history and cultural heritage and takes in some of Crimea’s tourist attractions while talking to local people about their attitudes to becoming Russian citizens. 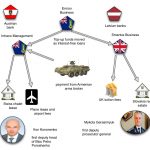