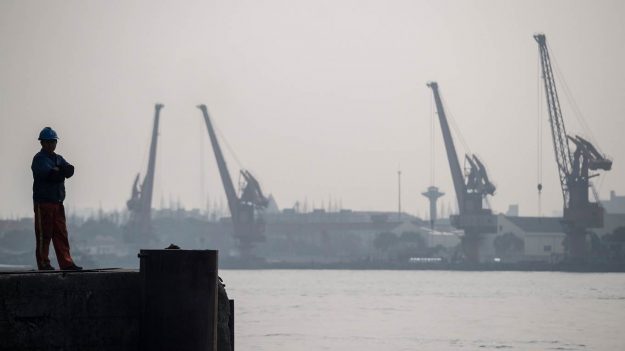 By Justin Yifu Lin, 28 Mar, 2018. Trump has taken the first steps towards triggering a trade war with China. This has got less attention than the military strike on Syria but its implications are every bit as serious, both for China and the rest of the world.  This is the first of a series of background articles that New Cold War will publishing in coming weeks

Until the 1970s, the United States’ foreign trade was largely balanced. Beginning in the middle of that decade, however, the trade surplus for services increased significantly, while the deficit for goods started to expand. This imbalance has become a key concern in American political and economic circles. President Donald Trump argues that the widening US external deficit reflects unfair international rules that benefit its trade partners, with China receiving the most attention. 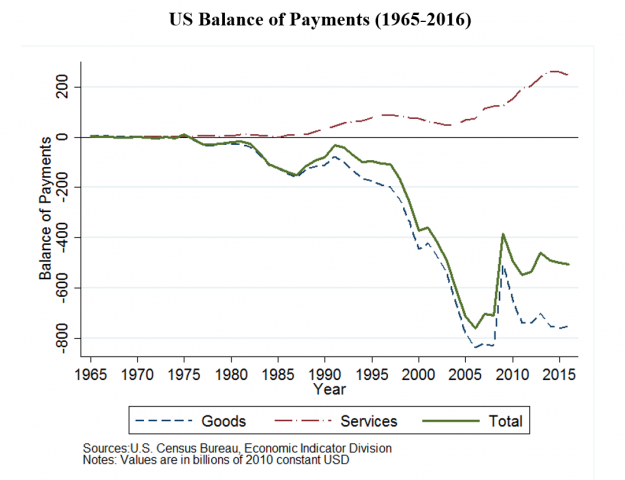 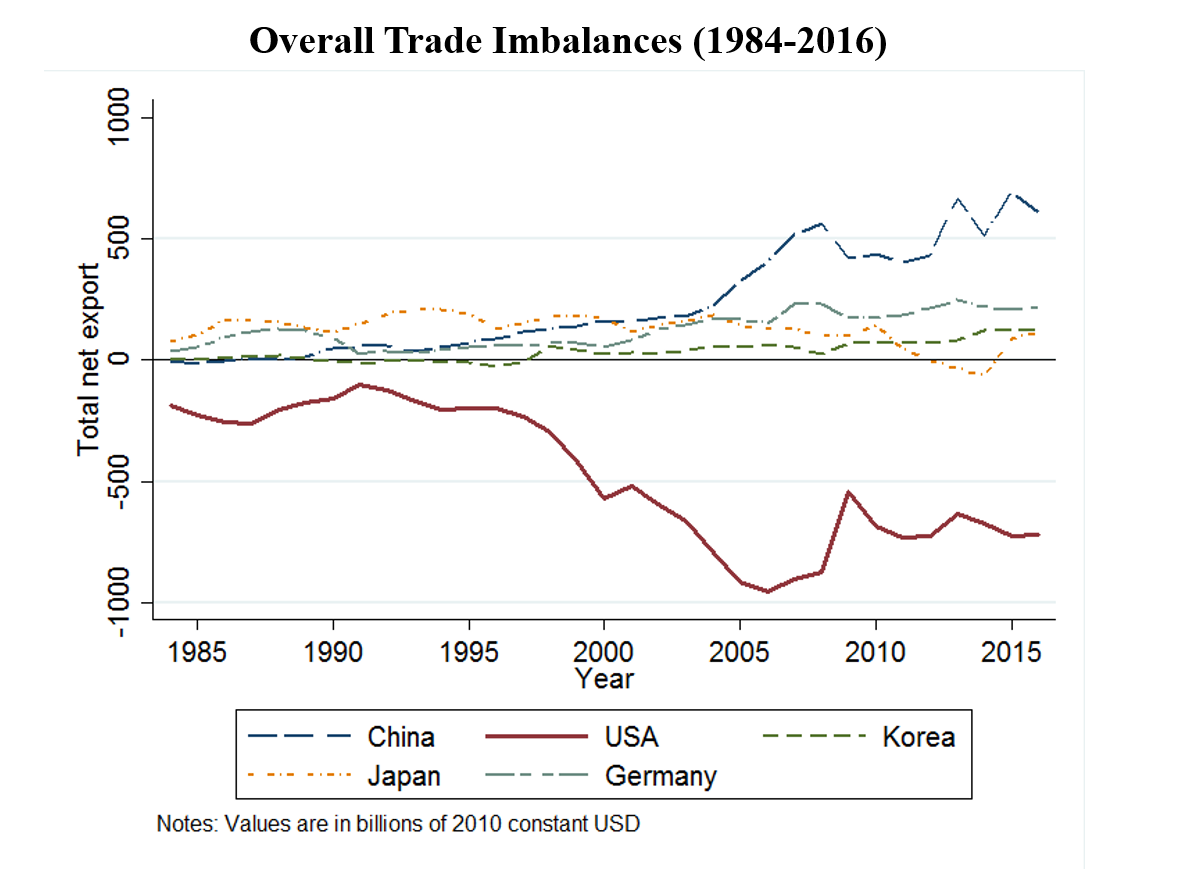 The continued growth of US trade deficits, particularly since the mid-1980s, reflects monetary expansion by the Federal Reserve, which has inflated real estate and stock prices; thanks to the resulting wealth effect, consumption has increased and saving has decreased. At the same time, the US fiscal deficit has increased dramatically, owing especially to debt-financed US military intervention in the Middle East and elsewhere. Because the dollar is no longer pegged to gold and is an international reserve currency, the US can sustain its trade deficit by printing more dollars to support imports.

East Asian economies leveraged their comparative advantage – low wages – to produce labor-intensive consumer goods. Starting from the 1950s and 1960s, the US began importing these products from East Asia and registered a trade deficit with the region.

The increase in China’s trade surplus with the US since 1985 has been driven primarily by the evolution of the East Asian economy. As its wage levels rose, the US began importing consumer goods from Japan; then it shifted to importing these goods from the four “Asian tigers” – Hong Kong, Singapore, South Korea, and Taiwan – before finally sourcing most of these imports from China. 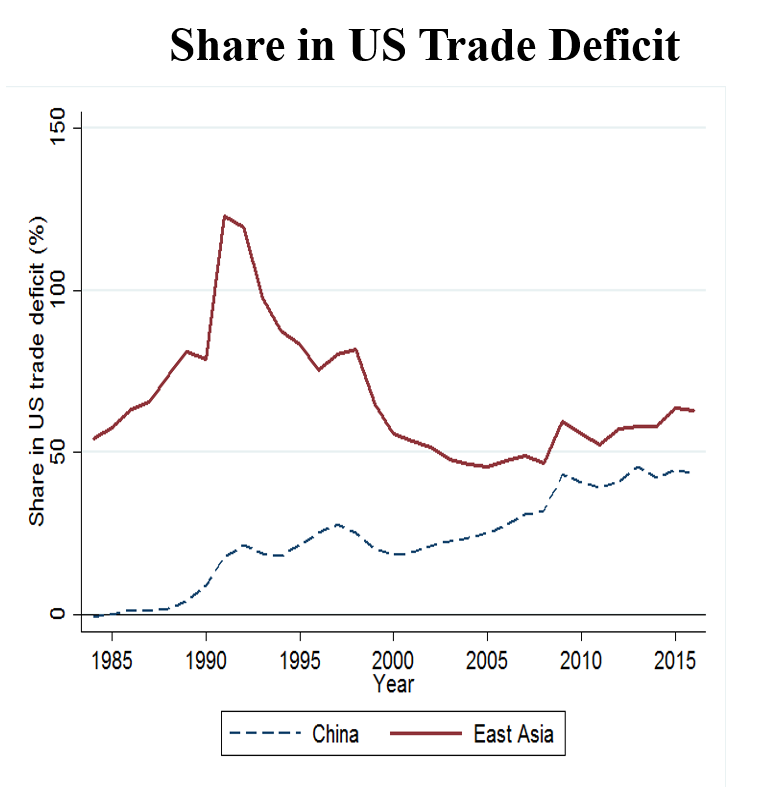 Moreover, the size of China’s trade surplus with the US has been systematically overstated, because the capital-intensive components of its labor-intensive manufacturing products are primarily imported from South Korea and Taiwan. This is a direct result of the international production network based on each economy’s comparative advantage. As China’s labor costs rise, its trade surplus with the US will be transferred to countries and regions that have lower labor costs and are willing to accommodate labor-intensive manufacturing.

One country that will not benefit from this shift in labor-intensive manufacturing is the US, which lost its comparative advantage for such products a half-century ago. The possibility that it will manufacture these types of products again is slim, to say the least.

This implies that US consumers will bear the costs of the Trump administration’s tariffs on Chinese imports. US consumer demand for daily necessities will not change simply by raising the costs of imported products. The US will either continue to import from China, with its consumers paying more, or it will import from Vietnam, India, and Africa. However, because prices of goods from these economies are higher, a shift in US imports would cut the bilateral deficit with China, but cause its deficits with these countries to rise. The result, therefore, is the same: the US consumer would pay more for the same products.

The politically motivated imposition of high US tariffs on imports from China would fly in the face of reciprocity, contradict the win-win principle of trade, and jeopardize the interests of US voters. China can take some measures to fight back, such as raising tariffs on imports of selected US products; but it should prevent trade disputes from escalating into a trade war. Whereas the US imports tens of thousands of Chinese products, China imports a narrow range of products from the US, such as soybeans, corn, computer chips, and aircraft. China’s imposition of higher tariffs on imports from the US would thus have a bigger impact on US producers than vice versa.

In the past, the US took advantage of its position as the world’s biggest economic power and largest trader to rule out any multilateral trade provisions that did not serve its interests; otherwise, the US would not promote free trade. Now, with the US abandoning free trade, China can take up the mantle of promoting it, thereby improving its image as a major power and demonstrating its commitment to global governance and development.