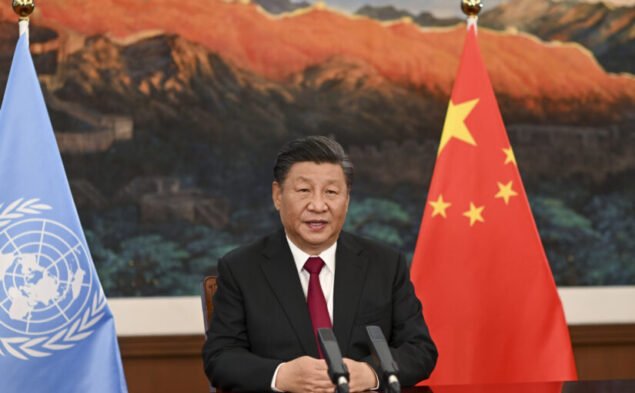 In his address at the 76th Session of the United Nations General Assembly on September 21, 2021, Xi Jinping, President of the People’s Republic of China, declared that the peoples of the world, more than ever before, desire peace, development, equality, and social justice, and they are determined more than ever to attain these hopes through win-win cooperation.

In his address at the 76th Session of the United Nations General Assembly on September 21, 2021, Xi Jinping, President of the People’s Republic of China, declared that the peoples of the world, more than ever before, desire peace, development, equality, and social justice, and they are determined more than ever to attain these hopes through win-win cooperation.  With this declaration, Xi gives emphasis to the cooperation of the governments of all regions of the world in China’s foreign policy of developing mutually-beneficial trade, as the foundation for a sustainable world order, an alternative to a neocolonial world-system that has been constructed on a colonial foundation and sustained through imperialism.

Xi further stressed that winning the battle against COVID-19 must have the highest priority, and a science-based approach is necessary.  He noted that China this year is donating 100 million doses of vaccines to other developing countries and is providing two billion doses for the world.

The President of the People’s Republic of China proposed a Global Development Initiative of six dimensions.  (1)  Commitment to development as a high priority.  The major economies ought to commit to strengthening policy coordination to ensure continuity and consistency.  Implementation of the UN 2030 Agenda for Sustainable Development ought to proceed more rapidly.

(2) Development must be people centered, for the people and by the people, with its fruits shared among the people.  People-centered development is the best way to protect and promote human rights.

(3)  Attention must be paid to the special needs of developing countries.  Strategies such as debt suspension and development aid ought to be employed.  Unbalanced and inadequate development among and within countries ought to be addressed.

(4)  Development ought to be driven by innovation.  The most recent technological achievements and industrial transformations should be harnessed to boost productivity.  In a veiled criticism of restrictions on the transfer of technology to the developing countries, the Chinese President call for “an open, fair, equitable and non-discriminatory environment for the development of science and technology.”

(5) Commitment to harmony between humans and nature.  Global environmental governance ought to be improved, facilitating more active response to climate change.  Transition to a green and low-carbon economy ought to be accelerated.  To this end, China is striving to peak carbon dioxide emissions before 2030 and to achieve carbon neutrality before 2060.  China will increase support for other developing countries in the development of green and low-carbon energy.

(6) Priority must be given to actions that have concrete results, in such areas as poverty alleviation, food security, COVID-19 response and vaccines, development financing, climate change and green development, industrialization, digital economy and connectivity.

Xi’s proposal builds upon the historic call of the Third World project for North-South cooperation in overcoming the colonial legacy of underdevelopment.  The Global Development Initiative could be developed under the auspices of the United Nations, or China could convoke it herself.  It is hard to imagine U.S. participation, given its political commitment to aggressive imperialism.  Even the participation of major European economies confronts obstacles, but it would be possible, taking into account the increasing recognition of the unsustainability of imperialism, and the growing European desire to distance itself from the emerging U.S.-directed global dictatorship.  If major European economies and Japan were to participate, it could have a significant impact on the development of the world-economy, even if the USA were not involved.  If such a Global Development Initiative were to be implemented, it should include the participation of the poor nations in the formulation of specific goals and strategies.  If the proposal were to be implemented under Chinese leadership and without U.S. and European participation, it would constitute a formalization of what has been developing in practice for the last decade.

An alternative world order based on cooperation and mutual respect

In addition, the Chinese President in his General Assembly address advocated for principles that have been the building blocks of the foreign policy of the Asian giant.  He declared,

we must strengthen solidarity and promote mutual respect and win-win cooperation in conducting international relations. A world of peace and development should embrace civilizations of various forms, and must accommodate diverse paths to modernization. . . .  We need to pursue dialogue and inclusiveness over confrontation and exclusion. We need to build a new type of international relations based on mutual respect, equality, justice and win-win cooperation.

Xi maintained that the purposes and principles of the UN Charter, which define the rules and norms of the international order, are the only possible foundation for a secure and stable world order.  Therefore, the global governance system based in the United Nations must be strengthened.  At the same time, the United Nations must commit to increasing the representation and the voice of developing countries in international relations.

The world is once again at a historical crossroads. I am convinced that the trend of peace, development and advancement for humanity is irresistible. Let us bolster confidence and jointly address global threats and challenges, and work together to build a community with a shared future for mankind and a better world for all.

The nationalist imperialist road of the USA

Whereas Xi Jinping sees a world of cooperation among all nations, with a special concern for the needs of developing countries, U.S. President Joe Biden speaks of American interests and of a world divided between friends and enemies.  In his address to the 76th UN General Assembly, Biden identified the U.S. interests that are at stake in Iran, the Korean Peninsula, and the Middle East.  With deceitful rhetoric, he indicated that the USA will continue interfering in the affairs of nations, in the form of the support of “democratic” protests in Xinjiang, Cuba, Venezuela, Syria, Belarus, Burma, and Ethiopia, where the people are supposedly struggling against corrupt governments and for human rights.  He pointed, in other words, to the continuing politicization of the issue of human rights as an ideological strategy to promote U.S. political-economic interests.

The international media paid much attention to Biden’s proclamation that “we are not seeking a new Cold War or a world divided into rigid blocs,” which much of the world appeared to receive with skepticism.  Indeed, his discourse did not develop this theme of developing peaceful relations with China.  The one-sentence olive branch appears to be part of the effort to present U.S. foreign policy with a democratic face and a peaceful intention, an effort that increasingly is greeted with skepticism, as the USA turns more and more to military intervention and economic sanctions, inasmuch as it no longer is able to attain its goals through production and trade.

It is truly astonishing to hear the chief of state of the most powerful imperialist power in human history declare that the USA will “oppose attempts by stronger countries to dominate weaker ones, whether through changes to territory by force, economic coercion, technological exploitation, or disinformation.”  Of course, in today’s world, one does not expect the President of the United States to have a capacity for reflection about history or the contemporary condition of the world, like a Woodrow Wilson.  He only is expected to know talking points in defense of U.S. power plays.

The differences between the two discourses reflect current global reality.  On the one hand, there is China, a developing nation yet an emerging global power, whose economic ascent has been based on cooperation and trade, thus proposing in practice an alternative world order.  And on the other hand, there is the USA, a declining hegemonic neocolonial power whose historic spectacular economic ascent was based on conquest, colonialism, slavery, and imperialism; and which today has entered a phase of economic, political, and moral decadence.

During the last seven decades, China has overcome the economic backwardness and impoverishment that were a legacy of its semi-colonial condition, a consequence of the territorial advance of the European powers.  It has done so by forging a political process that utilizes state power to direct the economy toward national economic development and the satisfaction of the fundamental needs of the people.  With this foundation, it has the interest, the capacity and the political will to cooperate with other nations and peoples in making a more just and stable world.

In contrast, the economic development of the United States was based on conquest, imperialism, war, and unethical commercial strategies at home and abroad, carried out in contradiction with its proclaimed democratic values, the understanding of which, paradoxically, was expanding and deepening.  When global imperialism reached its limitations, by virtue of the world-system having reached and overextended the geographical and ecological limits of the earth, the U.S. power elite was intellectually and morally unprepared; it turned to neoliberalism and aggressive forms of imperialism, thereby threatening the future of humanity.

Today, capitalism has become unproductive, generating profits through financial speculation and interest payments by the poor nations.  Whereas socialism, which has evolved to the creation of socialist market economies directed by states, has become the force of the future, in which states are capable of directing and mobilizing the productive forces necessary for the prosperity of the world.

The most insightful leaders and intellectuals among the colonized never denied the contribution that colonialism made to the world, in increasing human productivity and establishing the conditions for an interconnected world.  We intellectuals and leaders of the world of the colonizer ought to take a similar approach.  We need not unduly castigate the historic leaders of our nations, and indeed, it is political folly to do, sealing a fate of division, and a subsequent incapacity to respond to the challenges that humanity confronts.  We ought to recognize the positive side of the contributions of our historic leaders, in the context of their historic moment.  At the same time, we ought to educate our peoples with respect to current conditions, explaining that a continuation of a world of competing imperialisms will only lead to conflict, chaos, and civilizational decline for all of humanity.

We intellectuals of the United States should explain to our people that the dignified road for the nation today is one of cooperation with China and the Third World project of national and social liberation.  And that such a road represents the fulfillment of the foundational values of the American republic, whose founders, with advanced and progressive understanding for their time, declared what they took to be a self-evident truth, that “all men are created equal . . . and are endowed by their Creator with certain inalienable rights.”  That proclamation ought to serve as the foundation for a reformulation of the American narrative, a reformulation that takes into account economic, political, and social transformations since that time, including the fact that imperialism is no longer sustainable. 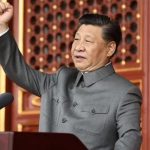 Why Common Prosperity is Good for Socialism and for China’s EconomyChina, John Ross 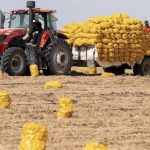