Who is behind the killings of journalists and politicians in Ukraine?

New Cold War.org, April 21, 2015–The blog ‘Niqnaq’ provides a summary of what is being investigated about the links between the killings in Ukraine of journalists and the suspicious deaths (“suicides”) of eight opposition political figures this year. 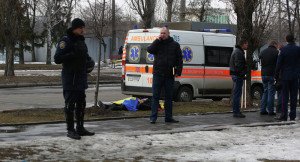 Specifically, the report looks into the website ‘Peacemaker’ which is supported by officials of the Ukrainian government. The website publishes names and addresses of “enemies of the state” of Ukraine, that is, people who oppose Kyiv’s war in eastern Ukraine and who oppose the harsh, austerity policies of the government’s pro-EU economic orientation.

The Niqnaq Story was published on April 17 and can be read here. 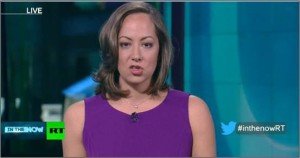 In The Now host Anissa Naouai on RT.com

The In The Now program on RT.com investigates this story briefly in the introduction to its broadcast of April 21. Watch it by clicking here.

Program host Anissa Naouai asks the question: Who, exactly, are the U.S., Canadian and UK militaries intending to train in western Ukraine with their military training missions? The extremist and neo-Nazi military battalions? No worry, Canada’s defense minister has said. Canada’s military will only train the regular Ukraine army and national guard. But the extremist and neo-Nazi battalions are being formally integrated into the army, and the national guard is already composed of extremist recruits…

2014 ‘Roundup of abuses against journalists’ published by Reporters Without Borders. Ukraine is in the top three of journalists killed and kidnapped.