By Dmitry Rodionov, originally published in Svobonaya Pressa [Free Press], August 18, 2015. Translation from the Russian original by Greg Butterfield and published on his website ‘Red Star Over Donbass’. 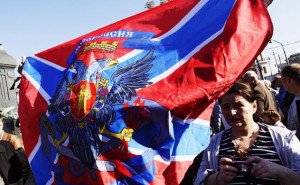 “The Donetsk and Lugansk parliaments at the time adopted the Constitution of Novorossiya, and I was appointed Head of the Parliament of Novorossiya. But as long as we are moving in the framework of the Minsk process, we stopped the legislative work of the Parliament, we are not forming executive bodies, and our Parliament is frozen. The fate of our Parliament will depend on how events develop further. In any case, the Novorossiyan ideal is alive – many people are now in prison for distributing newspaper and leaflets, or discussing it on the Internet, and many died. Novorossiya has been paid for in blood, and it is impossible to stop,” said Tsarev.

Recall that in May, Tsarev announced the suspension of the Parliament of Novorossiya and the freezing of the project of the same name in connection with the discrepancy with the provisions of the Minsk Agreement. The latter implies endowing “certain regions of Donetsk and Lugansk” with a special status, but as a part of Ukraine. The idea of Novorossiya, revived in the spring of 2014, involves the creation of a state separate from Ukraine from part of the former Donetsk and Lugansk regions (small Novorossiya), or as the above, as well as Kharkov, Kherson, Zaporozhye, Nikolayev and Odessa regions (great Novorossiya). But in fact, only the Donetsk and Lugansk People’s Republics managed to defend their independence, and in June 2014 decided to establish a confederal union — the Union of the People’s Republics, which uses the term “Novorossiya.” 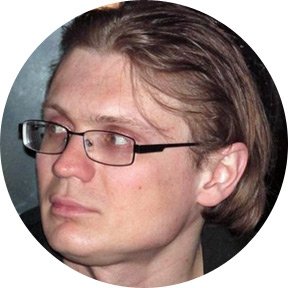 Even before Tsarev froze the project, DNR Foreign Minister Alexander Kofman said Novorossiya was a false start, which led to numerous victims among its supporters, and now the project is closed until “a new political elite, able to lead the movement” emerges in the other regions seeking independence from Ukraine.

Around the same time, the cessation of the Novorossiya project was endorsed by Denis Pushilin, head of the DNR’s delegation to the Contact Group on peaceful settlement in the Donbass. However, according to him, the project was not frozen, but merely transferred to another plane, as the priority for the authorities of the DNR and the LC was a peaceful settlement of the conflict. Novorossiya “is considered exclusively from the point of view of a bloodless policy.” Its further development depends on the actions of Kiev, said the DNR envoy.

But today, six months after the conclusion of the Minsk 2 agreements, Kiev and has not fulfilled its obligations. Moreover, despite a number of peace initiatives by the Donbass republics, including a unilateral voluntary withdrawal of equipment of less than 100mm caliber from the line of contact, Ukrainian forces have intensified their daily attacks on towns of the DNR andLC, and significantly built up weapons and troop strength. It is in these circumstances that Tsarev made his statement about the resuscitation of Novorossiya.

The Minsk format itself was a blow to Novorossiya, says political commentator Victor Shapinov.

Victor Shapinov: Unfortunately, for a long time Novorossiya was used as a boogeyman against Kiev and its Western backers. They said, ‘if you do not negotiate with Russia, we will create Novorossiya’. In this situation, the rebellious people of the South-East appeared as extras, pawns in a game of the “big bosses,” and the leadership of the people’s republics was stuck a difficult position where it was not able to solve complex problems of state building, since the Minsk process was supposed to push the de facto independent territories back into the Ukrainian state. This, of course, demoralized the people and militias who rebelled for a country without the nationalists and the oligarchs, and it turned out that they were fighting over some muddy “special status” in the state of these same oligarchs and nationalists.

FP: Is the Novorossiyan project still relevant? What is it ever relevant at all?

VS: Revolt against the post-Maidan regime took place in many regions. Everywhere except Donbass, it was suppressed, the leaders arrested, and many were killed in Odessa, as some fled to Donbass or abroad. But the dream of the people remained. Whether its implementation is called Novorossiya, the Union of People’s Republics or Federal Ukraine is not so important. The struggle for the ideal of a free country, where labor is respected, where there is no hatred on ethnic and linguistic grounds — this ideal has remained in the hearts of millions. And when I talk with the militias, with the common people of Donbass, when rare news comes of comrades fighting in the underground in Ukraine, I believe that this ideal will be realized.

Of course, there are geopolitical players who are trying to instrumentalize this ideal, turn it into a bargaining chip, set it up as a scarecrow, etc. But the popular movement is alive, it did not disappear. It’s a fact that thousands and thousands of people are ready to give their lives for these ideals, and not just to be turned into an instrument for solving immediate problems of certain world powers.

The Bolsheviks also tried to use this game against the German imperialists, to weaken the enemy, but they had a revolution at home, and then a powerful socialist state, the Soviet Union, which broke the back of the German Empire in 1945.

FP: Do you agree with Kofman about the need for a “new elite” in Kharkov, Odessa, and so on?

VS: I do not believe in elites. Two years ago, the leaders of the DNR themselves would not be included in any list of “elites.” And if not for a powerful popular movement, they would have remained taxi drivers and accountants, small businessmen, and so on. The movement itself nominates the leaders. But the movement should be supported — both financially and organizationally. For this movement, Donbass is the rear guerrilla base. That is exactly what the DNR and LC must be aware of — they represent not only the inhabitants of the Donetsk and Lugansk regions, but all the discontented, all dissenters of Ukraine.

FP: Moscow has repeatedly made it clear that there is no alternative to reintegration with Ukraine. Will the Russian government change its mind?

VS: I hope that it can. Although I do not harbor great optimism about the Russian ruling circles. Their dreams are limited to again becoming partners of the West. However, the world situation is such that the West no longer needs these partners. The Russian government must finally understand this before they can start to seriously support any anti-imperialist liberation movement.

FP: And how do you see the future of Ukraine and the Donbass?

VS: The pessimistic scenario: in Ukraine, a fascist dictatorship will be established, something like Salazar’s Portugal or Romania during the Antonescu period. Donbass will be a “Great Transnistria.”

The optimistic scenario: the collapse of Ukraine, and its reconstitution as a Federal Social Republic, without Nazis and oligarchic clans.