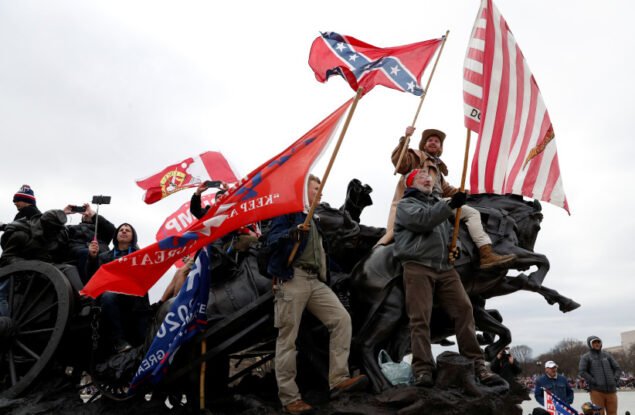 Two events stand out in the international news recently that do not seem to have any relationship but may have more than one thinks, at least symbolically: Venezuela installed a new National Assembly as a result of democratic elections, and the United States is witnessing a coup to subvert presidential elections. The reaction in the case of Venezuela has been typically one of rejection by some foreign governments that consider the elections fraudulent in order to support their protégé. In the case of the United States, it is the outgoing president who affirms that he has lost his re-election bid due to electoral fraud and calls on his followers to support him.

Two events stand out in the international news recently that do not seem to have any relationship but may have more than one thinks, at least symbolically: Venezuela installed a new National Assembly as a result of democratic elections, and the United States is witnessing a coup to subvert presidential elections. The reaction in the case of Venezuela has been typically one of rejection by some foreign governments that consider the elections fraudulent in order to support their protégé. In the case of the United States, it is the outgoing president who affirms that he has lost his re-election bid due to electoral fraud and calls on his followers to support him.

Let’s look at the details and the possible relationship from an international point of view.

At the same time that the NA was installed on January 5 for the period 2021-2026, Canada’s Foreign Minister François-Philippe Champagne posted on Twitter, “As the December 6 elections were neither free nor fair, Canada will continue to recognize the National Assembly, democratically elected in 2015, as the legitimate legislature of Venezuela and its president as the interim President of Venezuela. ”

The Foreign Minister of Venezuela, Jorge Arreaza, correctly responded, “As the Canadian government does not respect, neither the UN Charter, nor the sovereignty of Venezuela, it announces that it will continue to be subordinate to the policies and sanctions of the United States to violate the human rights of Venezuelans. What a sad role they have played. A shame!”

That is how many Canadians also think. A comment addressed to Mr. Champagne on Facebook says, “François-Philippe Champagne, Canada has no right to interfere in Venezuela in any case, much less to advocate for a constitutional break! Its decision is outrageous, illegal and incites violent groups to commit crimes that can result in deaths. Its pro-US foreign policy has blood on its hands. “

The government of Canada in its role as self-declared speaker for the so-called Lima Group published an official statement on behalf of only 12 of the 33 nations of the Americas (Brazil, Canada, Chile, Colombia, Costa Rica, Ecuador, El Salvador, Guatemala, Haiti, Honduras, Paraguay, Peru) not recognizing the new NA of Venezuela. By doing so, the Canadian government irresponsibly accepts the self-imposed extension of Juan Guaidó‘s expired and defunct NA. Canada, together with its protégé, intends to rewrite the constitution of the Bolivarian Republic of Venezuela since the figure of “extension” of the NA does not exist in the current constitution.

The declaration of the Government of Canada invokes “the right to democracy of the Venezuelan people enshrined in Article 1 of the Inter-American Democratic Charter”, but does not mention something more important for that to be fulfilled, and which is established in Article 19, Chapter IV of the OAS Charter: “No State or group of States has the right to intervene, directly or indirectly, for any reason, in the internal or external affairs of any other State. The previous principle prohibits not only armed force, but also any other form of interference or attempted threat against the personality of the State or against its political, economic and cultural elements. “

In contrast to Canada’s position, even the European Union seems to have a more rational attitude towards Venezuela. At the very least, European envoys said the declaration by the 27 EU governments came after the agreement in Brussels that Guaidó‘s self-proclaimed role as interim president had no institutional position now that Maduro had taken control of the NA. It seems the EU is finally coming to its senses. But it has a long way to go as it needs to fully recognize the legitimate government of Nicolás Maduro and end all sanctions against Venezuela.

When making this analysis about the continuous attempted coups against the legitimate government of Venezuela, we cannot ignore the recent events that are taking place in the United States in relation to the presidential elections in that country.

On January 6, a large group of people broke into the United States Capitol in Washington, DC, overcoming police protection and occupying and vandalizing the Senate hall and offices. So far, four deaths and more than 60 detainees have been reported.

From the photos and videos published in various media outlets, it has been observed that the group of protesters was made up of white people carrying posters in support of Donald Trump, shouting “we want Trump”, with caps marked with “Make America Great”. and displaying US flags. But many also carried the Confederate flag that has long symbolized the supremacy of the white race and the social and political exclusion of non-white people, that is, racism.

The group responded to the call of outgoing President Donald Trump who has refused to recognize Joe Biden’s electoral victory with statements of electoral fraud that have inflamed the spirits of his followers.

This level of demonstration has only been seen in the US by groups protesting brutality and police repression such as Black Lives Matter, or protesting international meetings of representatives of neoliberal governments. But these demonstrations were repressed and controlled with extreme police force and with a large number of imprisoned protesters. However, in the recent case of Washington, the protesters entered the Capitol without much protection for the same senators who were present for the final count of the votes that was to ratify Joe Biden as president-elect to take office on January 20.

The issue of whether the lack of police protection was accidental or a premeditated decision, as some wonder, is for the competent US authorities to investigate. What we can say as international observers is that for all practical purposes this was a coup attempt to keep the presidency of Donald Trump who has been the biggest instigator.

The failure or decision will only explain what can be called a coup to keep Trump as president. The deeper reason is that Trump has had four years to revive the old (latent) sentiments of the 19th century Confederate civil war in the US.

A first comparison between the two events mentioned is that in both cases electoral fraud is used to trigger events that alter a social process. But that’s only a cursory appreciation that masks a double standard of powerful nations.

Powerful foreign forces have repeatedly interfered to prevent the Bolivarian process in Venezuela for almost two decades. The US itself has been the main promoter of subversions with cruel coercive measures to force the fall of the legitimate government of Nicolás Maduro and the recent installation of the NA. A so-called “Operation Boycott”, a plan by the Venezuelan extreme right organized from Colombia to prevent the installation of the new NA has just been successfully dismantled.

Faced with the situation in Venezuela, no international reactions of any kind have been noted except for the negative ones already mentioned. On the other hand, the international reaction to the “horrific” events in Washington has been broad with expressions of concern, support and condemnation for the protesters. The Prime Minister of Canada stated that he “is watching events closely.” But Justin Trudeau prefers to illegally intervene when it comes to Venezuela.

The OAS calls for calm and to let the “electoral process proceed to the end.” The OAS forgets that Luis Almagro did not wait for the electoral process in Bolivia to end, causing the military coup against Evo Morales in November 2019.

Even US Americans in their myopic vision in general are alarmed and “surprised” by these events, however neither they, nor international observers should be, since the US government regularly organizes coups in other countries.

So affirms the statement from the government of the Bolivarian Republic of Venezuela. In addition to “expressing concern about acts of violence in Washington,” it adds, “With this unfortunate episode, the United States is experiencing what it has generated in other countries with its policies of aggression.” 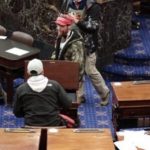 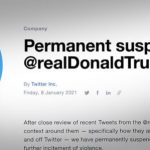 Twitter’s ban on Trump will only deepen the US tribal divideSocial media, Trump, USA