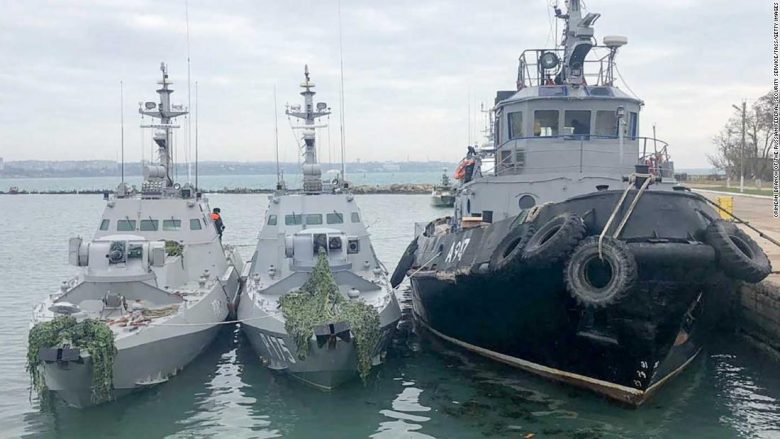 (Photo by TASSTASS via Getty Images)

The Kerch Strait incident is “a clear provocation” by Kiev, “possibly engineered by Kiev’s Western sponsors – particularly those in Washington and London.”

Russia has seized three Ukrainian military vessels violating its territory near Russia’s newly completed Crimean Bridge. The incident is a clear provocation carried out by Kiev and possibly engineered by Kiev’s Western sponsors – particularly those in Washington and London.

Ukrainian military vessels are in fact permitted to pass from the Black Sea into the Sea of Azov provided they notify Russian authorities beforehand. The Sea of Azov – according to a joint agreement signed by Kiev and Moscow in 2003 – is considered internal waters of both Ukraine and Russia.

With the completion of the Crimean Bridge connecting Russian Crimea to the rest of Russian territory across the Strait of Kerch, security measures have understandably increased.
According to Russian state media, Ukrainian military vessels have previously observed agreed upon protocol when transiting the Strait of Kerch with military vessels. For the sake of provocation, they chose not to this time.

TASS would explain in its article titled, “All three Ukrainian Navy vessels that violated Russia’s border detained in Black Sea,” that:

The FSB [Russian Federal Security Service] stressed that Ukraine was aware of the procedure for warships’ passage through Russia’s territorial sea and Kerch-Yenikale Canal. “They have already used that procedure for innocent passage,” it said.

This incident is just the latest amid growing tensions in the Sea of Azov.

Tensions in the Sea of Azov are not New

Tensions have been brewing since Ukraine’s NATO-backed regime seized power in 2014. Articles across the Western media and NATO-sponsored conferences predating the most recent clash near the Strait of Kerch have obsessed over shredding past treaties signed by both Kiev and Moscow regarding the use of the Sea of Azov – as well as Ukraine’s militarization of the Sea particularly in regards to reasserting some illusion of control over Russian Crimea.

In August of this year, US State Department’s Radio Free Europe Radio Liberty (RFE/RL) in an article titled, “Sea Of Troubles: Azov Emerging As ‘Tinderbox’ In Russia-Ukraine Conflict,” would admit that Ukraine was building up a military presence and not only called the 2003 agreement regarding the joint use of the Sea of Azov “controversial,” but also admitted that there have been calls within Ukraine to “rip it up.”

In October of this year, the “New Europe Center – a US government-funded (pages 32 and 33, .pdf) front that claims to “increase support of Ukraine’s European and Euro-Atlantic prospects among opinion leaders and officials of the EU and the NATO” – held an event titled, “Treaty with Russia on Azov: How Should Ukraine Act?“

Kyiv should comprehensively explore the issue of denunciation of the Agreement between the Russian Federation and the Ukraine on cooperation in the use of the sea of Azov and the strait of Kerch since 2003, but on the whole this agreement does not correspond to Ukrainian interests.

The consensus among US-funded “experts” was that Kiev should denounce the agreement but had no means to follow through in its desire to pressure Russia out of the the Sea of Azov or change the current status quo in any meaningful way upon denouncing the agreement.

It should be remembered that joint use of the Sea of Azov and all the economic and strategic benefits of doing so were enjoyed by Ukraine fully until the coup in 2014. Through a series of self-inflicted wounds the new regime in Kiev has purposefully driven out Russian business interests, crippled itself as an energy transit point from Russia to the rest of Europe, and has now complicated its own access to the Sea of Azov – all simply to spite Russia for Washington’s sake and to no benefit to either Ukraine or even those ruling from Kiev.

The existence of the Crimean Bridge itself – which is indeed limiting the number and size of cargo vessels able to transit to Ukrainian and Russian ports in the Sea of Azov – would not have been necessary had Kiev not elected to play proxy for Washington, London, and Brussels.

Why is Ukraine Declaring Martial Law Only Now?

Ukrainian MPs were to vote on Monday on President Petro Poroshenko’s proposal following an emergency war cabinet on Sunday night. Poroshenko said the move was intended for defensive purposes and would not imply a declaration of war.

It is perplexing – however – as to why Poroshenko is proposing martial law within Ukraine now, for an incident that happened out at sea, and especially so considering Poroshenko, others in Kiev, and their Western backers consistently claiming over the years that Ukraine is already hosting a supposed Russian invasion in its eastern most oblasts.

Poroshenko during his 2018 UN General Assembly speech would go as far as calling for a UN peacekeeping mission to restore Ukraine’s territorial integrity from what he explicitly called “Russian aggression,” RFE/RL would report.

Thus – either Poroshenko is lying about Russian aggression – otherwise why wouldn’t Ukraine already have long been under martial law – or Poroshenko’s government has staged this provocation in the Strait of Kerch specifically to declare martial law for his and his Western sponsors’ own self-serving political reasons.

For Poroshenko, martial law means delaying elections he stands to lose in if held on schedule.

For Kiev’s Western sponsors, such an escalation theoretically places pressure on Moscow particularly at a time when US interests in Syria have suffered permanent setbacks due to Russia’s intervention there. It also invites further excuses to level sanctions against Russia, and possibly even opens the door to a greater US-UK-European military presence within Ukrainian territory itself.

NATO’s corporate-financier funded think tank – the Atlantic Council – in a post titled, “Russia-Ukraine Feud Heats Up the Sea of Azov: Echoes of Russia’s War with Georgia?” would prescribe a list of responses it hoped to see in reaction to what was essentially a Ukrainian provocation.

Such responses included selling Ukraine military hardware – much to the excitement of the Atlantic Council’s many defense industry sponsors including Raytheon and Lockheed Martin, the dispatching of US warships to the Sea of Azov – which is recognized by both Ukraine and Russia as “internal waters,” not “international waters,” and a proposed “complete asset freeze on at least on major Russian bank,” until Ukraine is allowed to carry on with its militarization of the Sea of Azov.

Such provocations – however – are already a sign of supreme weakness both on Ukraine’s part and that of Ukraine’s Western sponsors including NATO.

There is also the fact that the current regime occupying Kiev was brought to power not through elections, but through a violent coup organized and underwritten by Washington, Wall Street, London, and Brussels.

Attempts to claim Russia’s reaction to the 2014 coup is in breech of Ukraine’s sovereignty or that the repatriation of Crimea to Russia is a violation of Ukraine’s territorial integrity when regime change in Kiev in 2014 itself already eliminated both – has exhausted the credibility the West needs to complete this latest leg of its agenda in Ukraine.

Washington’s international order – predicated on “might makes right” now backfires as Washington finds it is no longer the “mightiest.” However, a reckless, waning hegemon is the most dangerous variety. Ukraine and its Western sponsors lack the diplomatic, economic, and military means to pressure Russia in any sort of measured, incremental manner – leaving only reckless thrusts and thus the possible provocation of a truly catastrophic conflict as an alternative.

For Russia, time is on its side. More than securing its interests and protecting the people of  the Russian Federation and those using the Sea of Azov, including those residing in Russian Crimea – Moscow faces the full-time occupation of parrying Washington’s wild thrusts and preventing aggressive and increasingly deadly geopolitical competition from transforming into catastrophic war. 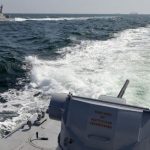 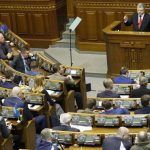