The Lima Group is more than just about Venezuela 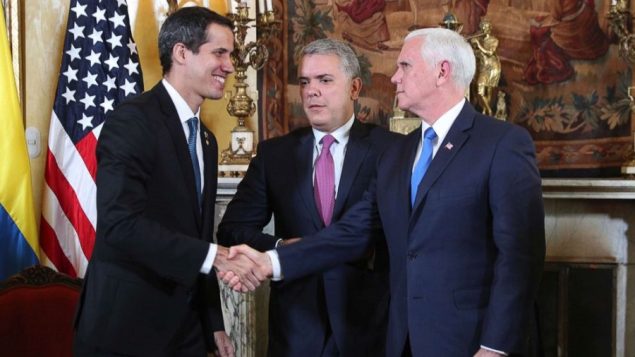 The discussions of the Lima Group on February 20 will touch on much more than Venezuela because there are many other pressing issues and perceived threats to the oligarchs of Latin America and the contemptuous, hegemonic impulses of the North American white-supremacist, corporate/billionaire complex.

At the behest of Donald Trump and Chrystia Freeland, the Lima Group is meeting in Ottawa on February 20th, 2020. Prime Minister Justin Trudeau and Foreign Affairs Minister François-Philippe Champagne will dutifully mouth their set lines and posture in the pretense of democracy, humanitarianism and the rule of law. Ostensibly, the purpose of this meeting is to devise and orchestrate ways to oust the vile, murderous villain, as Washington has sought to characterize the duly elected President Nicolás Maduro.

Progressive chroniclers and activists have almost exclusively been concerned with the notion that a dismembered Venezuela is the main, or even the only, labour of love of this nefarious little band of economic fundamentalists, death-incanting, democratically-challenged member regimes of the Lima Group. I fear that we may not fully appreciate what this cartel is up to.

Let’s face it. As an aspirational objective, the overthrow of the Maduro Government, and more specifically, the pulverisation of the Bolivarian Revolution and the feudalization of the masses of Venezuelans carrying it (the US and large corporations objective is not mere regime change; it’s the obliteration of the State, its structures, processes and programs, its most ingrained social values and its cultural and racial fabric) has been a laughable failure. It is a wet dream in which Trump is finding less and less solace; it turns out that this political mirage does not meet his puerile need for instant gratification. In spite of the immensity and criminality of the pain, suffering and death that Trump, Trudeau and the other corrupt Lima Group troubadours have inflicted on the Venezuelans, the people stand tall and resist; their social, political and economic system, although weakened and under constant attack, endures.

The discussions of the Lima Group on February 20th will touch on much more than Venezuela because there are many other pressing issues and perceived threats to the oligarchs of Latin America and the contemptuous, hegemonic impulses of the North American white-supremacist, get-every-last-drop-of–blood ($$$) corporate/billionaire complex. We can bet that this gabfest will include the planning of concerted action re the ongoing coup and US-perverted election in Bolivia, and how to deal more effectively, from their point of view, with the pesky resistance movements in each of their countries. Lest we forget, all of the South American members of this cartel intervened and co-parented the coup d’etat in Bolivia. Also, when Mexican President Manuel Obrador sent a rescue plane to extricate President Evo Morales from certain violence if not worse, as if by magic, all of the Lima Group regimes refused that plane’s access to their airspace. You need a well-oiled machine to succeed in such instantaneous action. The US has its vassals everywhere and its vessels (the Lima Group, for instance) for the execution of its intrusive wishes.

The machinations of the Lima Group include executing US and financial magnates’ strategies to break the will and eventually overthrow duly elected governments that may have real aspirations of looking after their citizens. The Lima Group is the farmer that sows the Washington-designed seeds of the destruction of responsible, citizen-dedicated governments. The Wikileaks drops and the Snowden revelations, among other critical information sources, showed that from the very first year of his election, Lula was being undermined and the seeds of his and Dilma’s political demise were being sown. The same can be said for many other once progressive states including Jean-Bertrand Aristide’s Haïti. The Oronico Tribune reports that plans are already being applied to engineer a future coup against Obrador (AMLO) of Mexico. It is therefore imperative that the human rights and progressive activist community understand that the Lima Group is more than a battering ram against Venezuela only.

The former Canadian Ambassador to Venezuela and now President of the Canadian International Council, Ben Roswell, will probably be very much involved in the orientation of this February 2020 Lima Group confab. He facilitated part of the February 4th, 2019 meeting here in Ottawa. Roswell will then probably appear on all the mainstream media networks to propagate his and the Trudeau/Freeland/Trump colonialist agenda. Our community must find a way to invalidate him because he is an effective justice wrecking ball and propagandist supreme. Minister Champagne on the other hand is merely a figurehead.