The sovereignty of all states, including Ukraine, should be respected, Russian President Vladimir Putin told CBS’s 60 Minutes, stressing that he knows “for sure” that the US was involved in the ouster of President Yanukovich in 2014. Speaking to veteran journalist Charlie Rose, Putin said that Russia respects the sovereignty of Ukraine, adding that “at no time in the past, now or in the future has or will Russia take any part in actions aimed at overthrowing the legitimate government.”

He added that Moscow “would like other countries to respect the sovereignty of other states, including Ukraine. Respecting the sovereignty means preventing coups, unconstitutional actions and illegitimate overthrowing of the legitimate government.”

It is “absolutely unacceptable” to address issues through unconstitutional means, he said referring to the coup in Ukraine in February 2014. “Our partners in the United States are not trying to hide the fact that they supported those opposed to President Yanukovich,” he said.

Putin added that he “knows for sure” that the US had in some way helped oust Viktor Yanukovich. Moscow knows “who had meetings and worked with people who overthrew” the ex-president, as well as “when and where they did it,” he said.

“We know the ways the assistance was provided, we know how much they paid them, we know which territories and countries hosted trainings and how it was done, we know who the instructors were. We know everything. Well, actually, our US partners are not keeping it a secret,” he said.

Since the start of the Ukrainian conflict the West has cited a “Russian threat” as an excuse to justify increased military spending in Eastern European NATO countries and provide a reason for US troops to be stationed in Europe. The presence of Russian troops on Russia’s territory near the border with Ukraine has been used to argue that Russian troops are involved in the Ukrainian conflict.

However, Putin has repeatedly stated that there are no Russian troops in Ukraine. “The US tactical nuclear weapons are in Europe, let us not forget this,” he said.

“Does it mean that the US has occupied Germany or that the US never stopped the occupation after World War II and only transformed the occupation troops into the NATO forces? And if we keep our troops on our territory on the border with some state, you see it is a crime?”

The US, more than any other country, has used its foreign policy in its internal “political struggle,” he said. “An election campaign will soon start in the United States. They always play either the Russian card or any other,” he explained.

In light of Putin’s upcoming visit to New York where he will address the UN General Assembly for the first time since 2005 and have a tête-à-tête meeting with President Barack Obama, Rose talked to the Russian President about his image in the US.

Rose said that Putin is “very much talked about” and also mentioned that Republican presidential candidate Marco Rubio has called him a “gangster.” Some have called him a tsar, he added.

“How can I be a gangster, if I worked for the KGB? It is absolutely ridiculous,” Putin replied.

“It is not what your supporters, friends or your political adversaries call you that matters. What is important is what you think you must do in the interests of the country, which put you in such position, such post as the Head of the Russian State.” 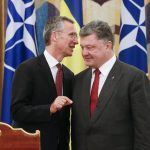 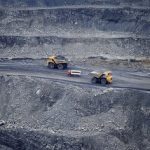