MOSCOW/KIEV–Russia warned the United States on Thursday against supplying arms to Ukrainian forces fighting pro-Russian separatists in eastern Ukraine, hours before U.S. Vice-President Joe Biden was due to arrive in Kiev.

Ukraine accused President Vladimir Putin of treating its territory like a “playing field”, trying to unleash a full-scale war that would pose a broader threat to NATO countries.

Lukashevich cautioned against “a major change in policy of the (U.S.) administration in regard to the conflict” in Ukraine. “That (would be) a direct violation of agreements reached, including (agreements reached) with the participation of the United States,” he said.

Washington backs Kiev in its struggle against the pro-Russian separatists in two eastern regions and has imposed sanctions on Russia over its policies. Moscow supports the separatists but denies it is backing the rebels with arms and troops in a conflict which the United Nations says has killed more than 4,300 since mid-April.

The UN said the death rate in the conflict has grown in the past eight weeks despite a ceasefire underpinned by the Minsk Accord, signed on Sept. 5 by Russia, Ukraine and rebels from the Ukrainian separatist regions of Donetsk and Luhansk.

Swiss diplomat Heidi Tagliavini, the Organization for Security and Cooperation in Europe’s envoy to a Trilateral Contact Group on Ukraine, cited reports of new military buildup. “The outlook is still bleak,” she said.

U.S. President Barack Obama’s choice to fill the number two spot at the State Department, Anthony Blinken, told a congressional hearing on Wednesday: “I believe that, given the serious Russian violations of the agreement that they signed…that one thing that could hopefully get them to think twice and deter them from further action is strengthening the capacity of the Ukrainian forces, including with defensive lethal equipment.”  Blinken said he was sure provision of lethal assistance would come up for discussion during Biden’s visit to Kiev. 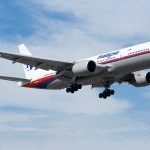