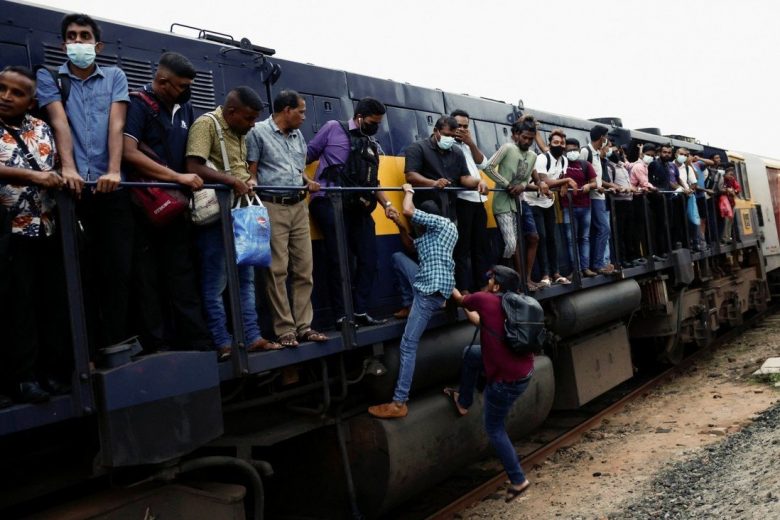 Passengers in Sri Lanka help each other board an overcrowded train as public transport is squeezed during major fuel shortage. Photo: Reuters

President Gotabaya Rajapaksa was visited by Russian oil company representatives after asking President Vladimir Putin for fuel. He also appealed to Putin to resume Aeroflot flights to Sri Lanka, which were suspended on June 4, resulting in a heavy blow for the tourism industry.

Two representatives from a Russian oil company arrived in Sri Lanka on Thursday, following an appeal by President Gotabaya Rajapaksa to Russian counterpart Vladimir Putin for fuel supplies, an official from the Power and Energy Ministry said.

The visit from two representatives from two Russian companies came less than a day after Rajapaksa spoke to Putin by phone, seeking help.

“Had a very productive telecon with the #Russia President, Vladimir Putin. While thanking him for all the support extended by his gvt to overcome the challenges of the past, I requested an offer of credit support to import fuel to #lka in defeating the current econ challenges,” Rajapaksa tweeted.

Rajapaksa said he appealed to Putin to resume Aeroflot flights to Sri Lanka. Aeroflot suspended its commercial flights on June 4 to Colombo after a leased aircraft operated by the airline was grounded due to a court order sought by a company in Ireland, which owns the aircraft.

Subsequently, the court vacated the order on the aircraft, enabling its departure. But Aeroflot has not resumed flights to Sri Lanka, resulting in a heavy blow on the tourism industry.

The main opposition parties have accused Rajapaksa of delaying an appeal to Russia fuel help. They argue that, due to pressure from the US government, Sri Lanka had delayed its appeal.

Sri Lanka is stuck in an economic crisis, with foreign exchange unavailable to purchase fuel, gas, medicines and food supplies.

The country has sought help from the International Monetary Fund and is currently awaiting a response for a bailout package. 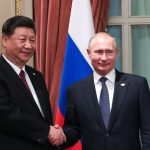 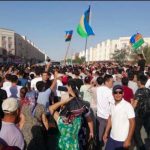 Is the US Now Trying to Destabilize Uzbekistan?Foreign intervention, Russia, USA, Uzbekistan