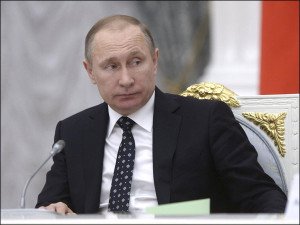 It is not a coincidence that allegations of Vladimir Putin’s secret fortune come a week after the Litvinenko murder inquiry report in the UK. It is the old game used against those who dare to criticize the West, says political analyst Daniel Patrick Welch.

The U.S. Treasury’s Acting Under Secretary for terrorism and financial crimes, Adam Szubin, has accused Russian President Vladimir Putin of corruption. Szubin was interviewed by the BBC as an ‘expert’ for the channel’s ‘Panorama’ program investigation into Putin’s income.

RT: What do you make of these allegations against President Putin?

Daniel Patrick Welch: I don’t believe they have any special insight or financial analysis that proves or disproves a theory like this. I suppose it could all be true, every single word of it, but I don’t think it is likely because of who is making the allegations.

RT: What about the timing of these claims? This comes a week after the Litvinenko report in the UK. Is that a coincidence?

DPW: Of course, it is not a coincidence. It’s the same tired old game that they have been using for years. They used it to slander the African leaders. There was a famous exchange about corruption between Mike Wallace and Minister Louis Farrakhan only about a few years ago.

They also use it to demonize what I call “the Hitler of the month club”- the latest person who is bad in the eyes of the West. In other words, someone who stands up and actually dares to criticize or push back against what the West is doing in its ongoing, completely corrupt campaign on which they’ve spent $6 trillion to destabilize all the countries in the Middle East and North Africa. If that is not corruption – I don’t know what is.

RT: Do you think Treasury official Adam Szubin would be making such allegations without approval from the White House?

DPW: He was named and he appeared in public. This is coming directly from the State Department and the CIA and the administration of President Obama whose backers spent a billion dollars to put him where he is or the U.S. Treasury which lost $2 trillion in its Pentagon budget in 2001. It is laughable. And you have a former president Jimmy Carter who once come out and say: “There is really no such thing as democracy in the U.S. because the elections at the federal level are so completely corrupted and are so awash in money.”

They don’t care, they want to spread rumors and demonize. They want you to focus on this, chase the yacht, chase this… Don’t worry that we are building an airbase in Syria. They are mad because the Russian president is doing something to push back against their ongoing road show of destabilization…

RT: The Russian president’s spokesman said: “None of these questions or issues needs to be answered as they are pure fiction”. Is this an appropriate response?

DPW: I was considering that. I don’t say this as a part of the international Putin fan club. That is not why those of us like me speak out against this. Why we speak out is because we are trying to push back against the lies and hypocrisy of the West.

I think it is an appropriate response because what if President Putin spent all of his time pushing back against every one of these stories” ‘He killed Litvinenko, he has a yacht that he got from Abramovich, he personally strangled John F. Kennedy, he personally faked the moon landing…’ Who knows what will they come up with?

We know they have black ops, we know they plant stories; we know they have interest in doing this. So, why bother? Why would the Russians bother to push back against each one? They don’t have the time and it’s clear what they [in the West] are trying to do is to lead [the Russians] off course, pull them into their cycle of what I call the echo chamber and try to get them to answer on their terms. And there is no reason to do that.

Daniel Patrick Welch is a writer of political commentary and analysis and a singer-songwriter. He lives in Massachussetts.

Read also:
*  Vladimir Putin ‘corruption’: Five things we learned about the Russian President’s secret wealth, The Independent, Jan 26, 2016 [This article is one of an avalanche of similar articles appearing in Western mainstream media in late January 2016.]

*  The following commentaries were posted to an article published in Rabble.ca on Jan 27, 2016, Extreme wealth, the plutocrats and Canada, by Ole Hendrickson

1. In his otherwise very informative article, Ole abuses the term “plutocrat” by throwing in a gratuitous and highly dubious claim of the wealth of Russian president Vladimir Putin. Putin is no doubt wealthy, but a ‘plutocrat’? Come on. I have published an example of the latest round of Russia-bashing in Western mainstream media in the guise of absurd claims that Putin’s wealth ranks up there with that of the wealthiest people in the world: https://newcoldwar.org//new-rou….

I was pleased to be reminded in the article of Chrystia Freeland’s 2012 book on plutocrats. She is today the lead minister driving through the signing of the TPP by her government, with no meaningful public consultation of Canadians and certainly no referendum. Freeland is as good at representing plutocrats as she apparently is in writing about them.

We don’t hear much anymore of Freeland’s attack-dog role over Ukraine during the past two years. Looking after the interests of plutocrats now comes first, evidently.

2. Despite the article starting out well, I stopped reading when I hit this… “Crimea– the portion of Ukraine annexed by Russia… ” Again, sigh…

In a referendum recognized as valid by at least Gallop and a Cdn-based NGO, the citizens of the AUTONOMOUS Republic of Crimea CONSTITUTIONALLY voted 98% in favour of leaving Ukraine. The Gov’t of Crimea then CONSTITUTIONALLY voted to request joining the Russian FEDERATION, and was accepted by the Russian gov’t. WHERE WAS THERE ANY ANNEXING DONE? See http://rabble.ca/blogs/blogger… And don’t forget that from the late 1700’s until 1954, Crimea was an integral part of Russia, was illegally transferred to Ukraine by Khrushchev.

And as for Putin’s “corruption”? Check the source:
“The Kremlin has called on the U.S. Treasury to come up with proof after it told a BBC investigation it considered President Vladimir Putin to be corrupt. Spokesman Dmitry Peskov told reporters the allegation was an “official accusation” and a “total fabrication”.

Adam Szubin, who oversees US Treasury sanctions, told BBC Panorama that the US government had known Mr Putin was corrupt for “many, many years”. (source: http://www.bbc.com/news/world-…)

Ya, the U.S. Treasury, an unbiased judge of corruption… NOT!

And that bottle of wine? “Ukrainian prosecutors say they are preparing charges against the head of a Crimean winery for allegedly opening a 240-year-old bottle for Vladimir Putin and Silvio Berlusconi.” http://www.bbc.com/news/world-…

When will the Kiev junta and its U.S./NATO echo-chamber MSM GET IT. Crimea is no longer part of Ukraine, and they have NO JURISDICTION. That Hendrickson chooses to repeat such obvious propaganda detracts from his otherwise POTENTIALLY rational position. The real plutocrats to be reined in just gathered in Davos, and meet regularly under the Bilderberg banner. Right message, wrong target.

3. Chrystia Freeland and the plutocrats. From the Toronto Sun, April 8, 2015. Wherein Chrystia and the Liberal Party profess their admiration for Lawrence Summers, one of the architects of the 2008 financial meltdown: http://bit.ly/1PJwTaL. 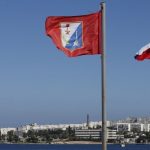 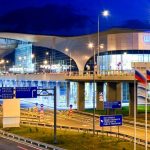