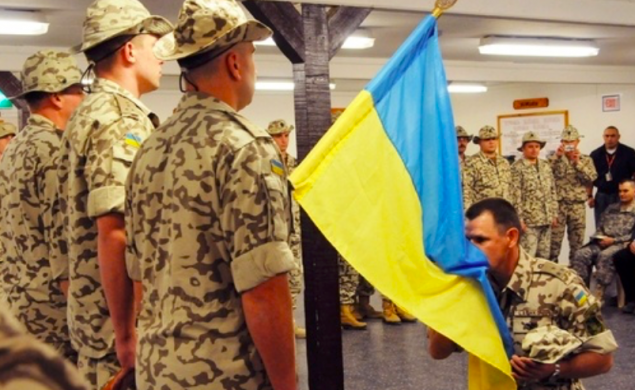 The strong statements coming from Schiff, Taylor, and Kent may well be in part a reaction to Trump’s bizarre courtship of Russia and his conspiracy-fueled antipathy toward Ukraine.  However, they are pointing U.S. policy in a risky direction.

When the dust settles in a month or two, the House of Representatives will have impeached President Donald Trump with a one-sided partisan vote and then the Senate will have exonerated Donald Trump with a similarly one-sided partisan vote.  But at the end of the day, the United States will have acquired a new strategic ally in Central Europe: Ukraine. The very first day of the impeachment hearings in November has been responsible for an important national security decision that had no input from Trump’s national security team or from the congressional foreign policy committees. The implications of this decision are onerous.

The key statements on the first day of the impeachment hearing concluded that Ukraine was an “important” or “strategic” partner of the United States.  Chairman Adam Schiff opened the hearings with the view that Russian President Vladimir Putin decided to “rebuild the Russian empire” by invading a “strategic U.S. ally.”  The key witnesses, William Taylor and George Kent, both senior Foreign Service Officers and seasoned diplomats, echoed the chairman’s view.  Taylor, our leading diplomat in Ukraine, referred to a “newly aggressive Russia” that invaded a “strategic partner of the United States.”   He argued that it was essential for the United States to be a “reliable strategic partner” for Ukraine.

Kent, the Department of State’s regional director for Ukraine, went even further in arguing that “U.S. national interest was at stake in Ukraine,” a country “on the path to become a full security partner of the United States within the North Atlantic Treaty Organization.” He believes that Ukraine occupies an “important place in U.S. national interest,” and that it is essential for Washington to “stand up to Russia.”  Kent and Taylor argued that Russian “aggression cannot stand” and that the United States must “push back.”

The strong statements from Schiff, Taylor, and Kent may well be in part a reaction to Trump’s bizarre courtship of Russia and his conspiracy-fueled antipathy toward Ukraine.  However, they point U.S. policy in a risky direction.

The decisions of Presidents Bill Clinton and George W. Bush to expand the membership of NATO with former members of the Warsaw Pact and former republics of the Soviet Union have created fundamental problems for NATO decision making and weakened the cohesion of the Western alliance.  Moreover, the expansion of NATO has been the major factor in the strategic mishandling of Russian policy since the collapse of the Soviet Union in 1991 and has divided the members of the alliance on the important issue of threat perception in Europe.

Russian anxiety regarding the fear of encirclement on its western borders is a genuine problem that has cultural and geopolitical predicates.  The beginning of NATO’s eastward expansion in the 1990s in fact marked an expansion of U.S. political and military influence into a region that had been a Russian sphere of influence throughout the Cold War.  On various occasions, German Chancellor Angela Merkel warned Presidents Bush and Barack Obama that expressions of interest in bringing Ukraine and Georgia into NATO represented a “red line” to Vladimir Putin and should be avoided.

NATO expansion has proven to be not only a major irritant in Russian-American relations, but the leading cause of what appears to be the start of a new Cold War.  Thirty years after President Ronald Reagan declared that the “Cold War is over,” relations between the United States and Russia have reached an all-time low.  The major factor in the improved relations during the Cold War—the arms control and disarmament dialogue—is moribund.

It has been forgotten that the President George H.W. Bush and Secretary of State James Baker assured their counterparts, Mikhail Gorbachev and Eduard Shevardnadze, that the United States would not “leap frog” over East Germany if the Soviets were to withdraw their 360,000 troops from the east.  In other words, no U.S. military forces would be stationed in East Europe, which would offer the promise of demilitarization to a Kremlin that only reluctantly withdrew its military forces and agreed to the reunification of Germany.  Gorbachev and Shevardnadze’s willingness to accept these terms is the major factor in the Russian vilification of these two men to this day.

Reinhold Niebuhr concluded that one of the greatest challenges in international relations was “finding proximate solutions to insoluble problems.”  The expansion of NATO and the Russian annexation of Crimea and occupation of eastern Ukraine has certainly created one of those problems.  The current level of incompetence in the American national security team and what George Kennan called the “instinctive sense of insecurity” in Russia are barriers to a solution.

Nevertheless, a way must be found to end the toxicity in the relationship and to restore the arms control dialogue between the two sides.  Washington must stop NATO’s eastward push and rethink its sanctions policy.  Moscow must acknowledge its misuse of military power and end its interference in U.S. elections.  Both sides must put an end to the demonization of the other, and  acknowledge the primacy of diplomacy in their bilateral relations.

Melvin A. Goodman is a senior fellow at the Center for International Policy and a professor of government at Johns Hopkins University.  A former CIA analyst, Goodman is the author of Failure of Intelligence: The Decline and Fall of the CIA and National Insecurity: The Cost of American Militarism. and A Whistleblower at the CIA. His most recent book is “American Carnage: The Wars of Donald Trump” (Opus Publishing), and he is the author of the forthcoming “The Dangerous National Security State” (2020).” Goodman is the national security columnist for counterpunch.org. 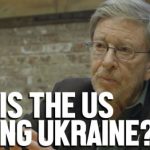 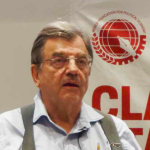 Surviving the decline of the American EmpireImperialism, Transcript, USA, Video