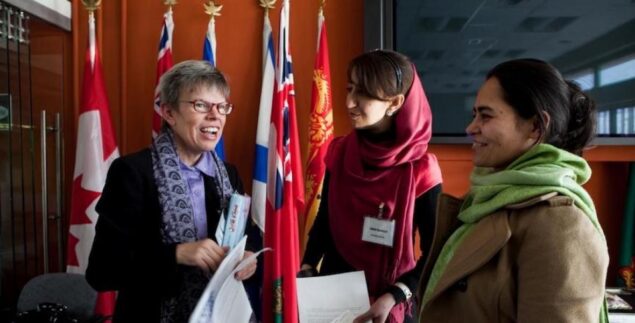 While recent events have destroyed the credibility of militarists who pushed for the invasion and 20-year-long occupation of Afghanistan, the moral bankruptcy of their supporters in the aid industry has also been stunningly revealed.

While recent events have destroyed the credibility of militarists who pushed for the invasion and 20-year-long occupation of Afghanistan, the moral bankruptcy of their supporters in the aid industry has also been stunningly revealed.

A quick Taliban victory over the foreign trained “Afghan army” at least (momentarily) embarrassed Canadian militarists. But what about their camp followers in the NGO universe?

Over the past two decades Ottawa has plowed over $3.6 billion in “aid” into Afghanistan. During this period the central Asian country has been the top recipient of official assistance, receiving about twice the next biggest destination, another victim of Canadian foreign policy, Haiti.

Canadian personnel repeatedly linked development work in Afghanistan to the counterinsurgency effort. “It’s a useful counterinsurgency tool,” is how Lieutenant-Colonel Tom Doucette, commander of Canada’s provincial reconstruction team, described the Canadian International Development Agency’s work in Afghanistan. Development assistance, for instance, was sometimes given to communities in exchange for information on combatants. After a roadside bomb hit his convoy in September 2009, Canadian General Jonathan Vance spent 50 minutes berating village elders for not preventing the attack. “If we keep blowing up on the roads,” he told them, “I’m going to stop doing development.”

The CF worked closely with NGOs in Afghanistan. A 2007 parliamentary report explained that some NGOs “work intimately with military support already in the field.” Another government report noted that the “Civil-Military Cooperation (CIMIC) platoon made up of Army Reserve soldiers organizes meetings with local decision-makers and international NGOs to determine whether they need help with security.”

The aid was also a public relations exercise. At politically sensitive moments in the war Canadian officials sought to showcase newly built schools or dams to divert attention from more unsavory sides of military conflict. Alarmed about a growing casualty list and other negative news, in fall 2006, the Prime Minister’s Office directed the military to “push” reconstruction stories on journalists embedded with the military. Through an access to information request the Globe and Mail obtained an email from Major Norbert Cyr saying, “the major concern [at Privy Council Office] is whether we are pushing development issues with embeds.” In an interview with Jane’s Defence Weekly’s Canadian correspondent, a journalist described what this meant on the ground. “We’ve been invited on countless village medical outreach visits, ribbon-cutting ceremonies, and similar events.” The hope was that reporters embedded at the Canadian base in Kandahar would file more stories about development projects and fewer negative subjects.

At a broader level aid was used to reinforce the foreign occupation. The aim was to support the Afghan forces allied with the US-led occupation. Canada’s military withdrawal from Afghanistan led to a drop in aid, and now that US forces have withdrawn, Canadian aid will likely dry up.

Ottawa delivered $7.25 million to South Korea during the early 1950s Korean War. Tens of millions of dollars in Canadian aid supported US policy in South Vietnam in the 1960s and during the 1990-91 Iraq war Canada provided $75 million in assistance to people in countries affected by the Gulf crisis. Amidst the NATO bombing in 1999-2000 the former Yugoslavia was the top recipient of Canadian assistance. After the 2003 US invasion of Iraq Canada announced a $300 million aid package to that country.

As mentioned above, Haiti has been the second largest recipient of Canadian aid over the past two decades. While an elected, pro-poor government was in place between 2001 and 2004 Canadian aid to Haiti was reduced to a trickle. But after the US, French and Canadian invasion ousted thousands of elected officials in 2004, hundreds of millions of dollars flowed into Haiti. Throughout the 15-year UN occupation, Canadian aid continued to flow.

In the years after invasions by foreign troops, Afghanistan, Iraq and Haiti were the top recipients of Canadian “aid”. The thread that connected those three countries was the presence of Canadian or US troops.

Should it even be called aid when it comes along with foreign soldiers? A better description would be the “break it and you pay for it” principle.

Where is the discussion of all this in the NGO world? Canada’s international assistance policy get a free ride — of course we’re a force for good — in the mainstream media. But does anyone really believe it’s good for “aid” to be tied to military occupation?

Will those who uncritically promote increased Canadian “aid” discuss its ties to the disaster in Afghanistan? Are any of the NGOs that followed foreign troops to Afghanistan speaking out about their error?

Yves Engler’s Stand on Guard For Whom? — A People’s History of the Canadian Military is now available. 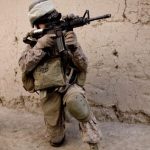 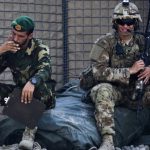 “I Was Living Like Scarface”: The Ludicrous Costs of the War in Afghanistan Revealed in New Documents, TestimoniesAfghanistan, Alan Mcleod, North America, South Asia, USA