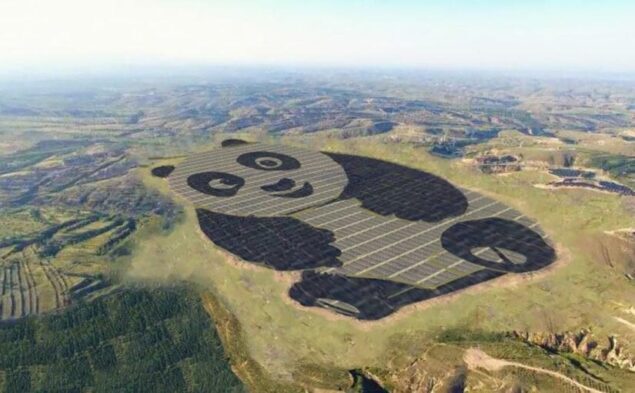 Friends of Socialist China republished this article by Zheng Zeguang, Ambassador of the People’s Republic of China to the United Kingdom, which was originally published on The Guardian website on 27 October 2021. The article explains that a national consensus already exists in China around tackling climate change and protecting biodiversity. It details the progress China has already made in terms of climate action and its plans for the coming decades; however, Ambassador Zheng also makes the point that China, still a developing country, cannot be expected to decarbonise as quickly as the developed countries.

In the run-up to the climate conference in Glasgow, there are suggestions that without real participation and greater contribution from China, neither the conference nor the global response to climate change will get anywhere. The unstated worry is this: will China honour its pledges to reduce emissions?

This anxiety is unnecessary. Anyone who knows China well is sure that my country is serious about reducing carbon emissions and pursuing green development, and that we mean what we say.

In China, it is already a national consensus that “lucid waters and lush mountains are mountains of gold and silver” – an idea proposed by our president, Xi Jinping. Ecological conservation has been one of the “five prongs” of the overall plan for the country’s development since the 18th congress of the Communist Party of China in 2012, the other four being economic, political, social and cultural development. This means preserving the environment is written into the guidelines of China’s governing party.

Last year, my country announced that it will strive to peak carbon emissions before 2030 and achieve carbon neutrality before 2060. These commitments were reiterated last month at the UN general assembly, with the further announcement that China will not build any more coal-fired power stations overseas. Earlier this month, at the UN biodiversity conference Cop15, President Xi called for joint efforts in building a community of all life on Earth, and proposed four major policies for the preservation of biological diversity (harmony between man and nature; green transition and global sustainable development; social equity and justice; and a fair and equitable international governance system based on international law). As a result of China’s leadership, the Kunming declaration has been adopted and the Kunming biodiversity fund set up, with China committing an initial capital contribution of 1.5bn yuan (£170m). This is a testimony to the resolve and determination of China’s top leader to protect the ecosystem and tackle climate change.

Anyone familiar with China’s political system knows that once decisions and goals are set by the CPC central committee and the top leader, they are incorporated into the overall national development programme, turned into feasible action plans and delivered faithfully by local governments and competent departments. That is how the country has achieved its development miracle over the 72 years since the founding of the People’s Republic.

In terms of climate action, China met its target for 2020 ahead of schedule. By the end of last year, carbon emissions intensity had come down by 48% compared with 2005, and non-fossil fuels accounted for 16% of primary energy consumption.

China is putting in place a top-level “1+N” policy framework, across a number of sectors in the economy, to manage the journey through peak carbon to carbon neutrality. It has launched an emissions trading system and is building a nuclear power generating system, both the largest in the world. The planning and building of large-scale wind power and photovoltaic bases will be accelerated in deserts and other uninhabited areas. The first phase of such projects started recently in a smooth fashion, with an installed capacity of approximately 100 gigawatts.

We are also doing what we can to help build up climate response capabilities in developing countries. From supporting Africa in monitoring the climate system with satellite technology and building low-carbon pilot zones in south-east Asia, to introducing energy-saving bulbs to small island countries, China’s cooperation with less developed regions of the world has produced tangible results. China has also launched green action initiatives that encourage green infrastructure, energy, transportation and finance under the belt and road initiative (BRI) framework. In 2020, 57% of China’s energy investment in BRI partner countries went to renewable energy projects, up from 38% in 2019. Such efforts will continue.

Something that the international community should recognise is that, for a developing country with a population of over 1.4bn that has not completed industrialisation or urbanisation, the nationally determined contributions (NDCs) and the supporting policy measures that China has adopted voluntarily have not been easy. Developed countries with a couple of hundred years of industrialisation behind them and historical environmental debts should make bigger contributions to tackling pollution and protecting the environment, instead of pinning the responsibility on China and other developing countries.

China and the UK should work together to implement the important understanding between the leaders of the two countries, so as to strengthen the synergy between Cop15 and Cop26, contribute to a successful conference in Glasgow, and promote full and effective implementation of the Paris agreement.

All the parties need to follow the principles and requirements under the UN framework convention on climate change and the Paris agreement, and aim to complete the negotiations of the Paris rulebook (market mechanisms in article 6 in particular) and push for progress on issues of concern to developing countries, namely adaptation and financing. The principles of equity – common but differentiated responsibilities and respective capabilities – should be upheld.

Developed countries must shoulder their obligations and take the lead in drastically cutting emissions – a key to achieving global net-zero emissions. They also need to help developing countries speed up the green and low-carbon transition by significantly increasing support to them through financing, technology and capacity building, and avoid putting up green trade barriers.

Commitments should be honoured in order to strengthen international mutual trust. The longstanding pledge by developed countries to provide $100bn a year in climate finance to developing countries by 2020 has yet to be fulfilled. All countries must keep their word rather than just pay lip service.

As countries of global influence, both China and the UK need to contribute more to human progress. There is enormous potential for cooperation on biodiversity and climate between the two, including working with the rest of the world to promote policy dialogue, coordination and practical cooperation. The people in both countries stand to gain. So will all life on Earth. 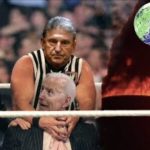 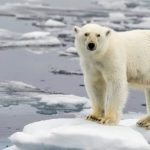