Zbigniew Brzezinski, the Svengali of Jimmy Carter’s presidency, is dead, but the evil lives on

‘I know this because I was a member of [Jimmy Carter’s] staff in those days.’ – John Helmer

MOSCOW – If ever there was a man who displayed on his face the evil on his mind, it was Zbigniew Brzezinski. He died last week at a hospital near Washington. 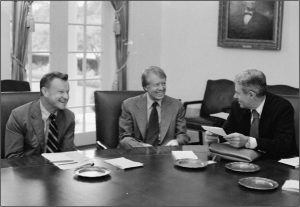 Former President Jimmy Carter, who employed Brzezinski as his national security advisor between 1977 and 1981, the only high official post Brzezinski reached, said he “helped me set vital foreign policy goals, was a source of stimulation for the departments of defense and state, and everyone valued his opinion.”

Of Carter’s three claims, only the first is true; the second is ironic hyperbole; the third is completely false. If Carter cannot tell the truth now about Brzezinski, after having 36 years to reflect on it, Carter reveals the principal source of Brzezisnki’s power, when he exercised it. For Carter was no innocent ventriloquized by the evil Svengali, as in the original Svengali tale. Carter was simply more mendacious than Brzezinski, and is entirely to blame for doing what Brzezinski told him to do.

To Brzezinski goes the credit for starting the organization, financing and armament of the mujahideen, the Islamic fundamentalists who have metastasized —  with U.S. money and arms still —  into Islamic terrorist armies operating far from Afghanistan and Pakistan, where Brzezinski started them off. Only today,  Russia – the target of Brzezinski’s scheming – is relatively better prepared and safer from the terrorists than the countries of western Europe and the U.S. itself. 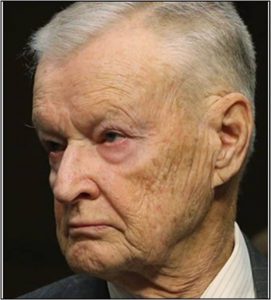 To Brzezinski also goes the credit for projecting Iran on to its nuclear-armed path against the Great Satan and U.S. allies in the Middle East, making the sunni-shia sectarian division into a cause of international war, which it was not before Brzezinski began. That it was not is due to the power of the secular Arab leaders to sustain an alternative to religion for governance. Brzezinski’s idea was to target them as Kremlin stooges and overthrow them.

To Brzezinski also goes the credit for releasing Israeli ambition under Menachem Begin and his successors on the Israeli right; the promotion of Egyptian corruption and  weakness under Anwar Sadat and his successors; and the destruction of the Palestinians.

In Carter’s obituary, he also gives Brzezinski the credit for “an essential role” in two other achievements Carter still claims for himself:  “normalization of relations with China [and the] signing of the SALT II treaty [Wikipedia].” Carter is exaggerating the little he did, after his predecessors Richard Nixon and Gerald Ford had initiated and negotiated the terms for both. Carter says nothing about his failure to influence the course of U.S. nuclear weapon designs that continue to evolve unhindered, and the schemes of first-strike war-fighting against both Russia and China which are virtual, if not quite stated, U.S. policy today.

Brzezinski thought he knew how and why to start war against Russia. But he couldn’t calculate more than two or three moves ahead before his adversary’s tactics failed to meet Brzezinski’s strategic anticipation. He didn’t know what to do when outwitted several moves along in his strategic plan. He didn’t comprehend how to end wars he started but couldn’t win. Never-ending war was Brzezinski’s monomania – he had a clinical case of the pathology…

Read the full article, with extensive historical photos and images, at the original weblink above. 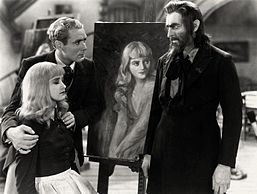 [Svengali is a fictional character in George du Maurier’s 1895 novel Trilby. He seduces, dominates and exploits Trilby, a young English girl, and makes her a famous singer. (Wikipedia)]