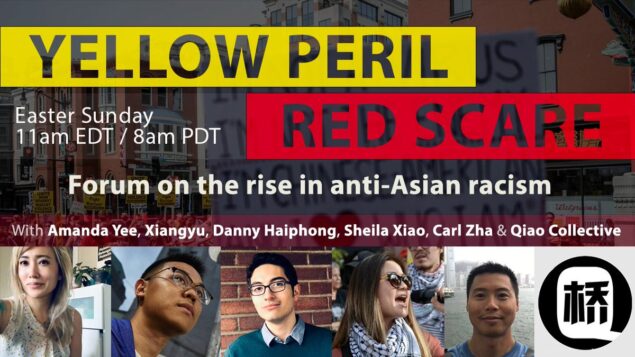 Anti-Asian racism is on the rise in the United States and the West and has been discussed most frequently in the aftermath of the murder of six women of Asian descent in Atlanta on March 16th. However, the roots for anti-Asian racism have been entirely left out of the mainstream discourse on the issue.

On this episode of The Internationalist Transmission, Danny Haiphong is joined by Invent the Future’s Carlos Martinez and a panel of Chinese and Asian diaspora activists and political analysts to connect the dots between the history of anti-Asian racism and present day U.S. aggression toward China.