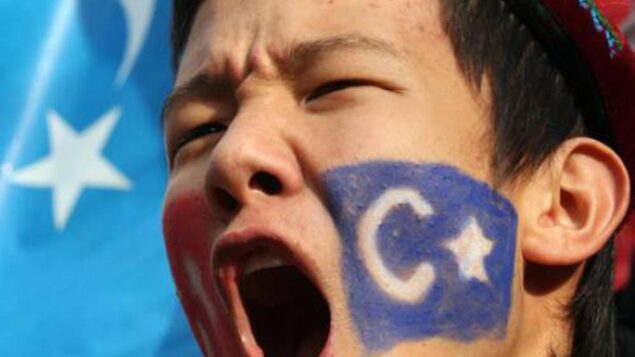 This article is based on an International Forum hosted by the Chongyang Institute and the China Public Diplomacy Association of the Renmin University, Beijing. The actual forum took place in Guli’s House, Kashgar, Xinjiang, on 20 May 2021.

The conference was introduced by four keynote speakers, followed by 18 participants, who all expressed their views on the western bashing of China, falsely accusing China, in this particular case, of human rights abuses against the Muslim Uyghur population of the Xinjiang Autonomous Region in the far-west of China. The following summarizes my Zoom-presentation as one of the 18 guest speakers.

Other than the constant barrage of lies against China, much of the lie-propaganda focusing on Xinjiang has to do with the pivotal role this Autonomous Province plays for the Belt and Road Initiative – BRI.

The so-called Uyghur conflict was largely created by the west, led by the United States. It is symptomatic for western smearing their perceived and falsely accused enemies around the world, thereby hoping to bring about worldwide hatred against their perceived enemies, in this case China. The Uyghur Autonomous Region of Xinjiang fits perfectly into this agenda of the United States, as Xinjiang is a key hub for connecting China – i.e., the Belt and Road – with the west, through Pakistan, India, Tajikistan, Uzbekistan, Russia and to some lesser extent through Mongolia.

Xinjiang, in northwestern China, is a vast mostly highland region of deserts and mountains. It’s home to many ethnic minority groups, including the Turkic Uyghur people.

Xinjiang Province was a vital passage for the Ancient Silk Road – of some 2100 years back, a trade route linking China with the Middle East and Southern Europe, through Central Asia.

Signs of this Ancient Silk Road passage are still visible by the traditional open-air bazaars of the once-upon-a time oasis cities of Kashgar and Hotan.

President Xi Jinping’s new Silk Road, alias the Belt and Road Initiative, is patterned according to the same trading principles of the Ancient Silk Road, but with 21st Century technology and cultural knowledge.

For westerners to better understand the crucial importance of Xinjiang province for the Belt and Road connection of China with the west, here are some facts.  Xinjiang province covers an area of approximately 1.7 million square kilometers (km2), about equivalent to the combined landmass of France, Turkey and Poland. The province has about 25 million inhabitants – of which an estimated 12 million – almost half – are Uyghur Muslims.

The Uyghurs, an ethnic group of western and central Asia, are recognized as native to the Xinjiang Uyghur Autonomous Region in Northwest China. But they also reside in neighboring countries, like Turkey, Russia, Uzbekistan and even in Australia and Canada. 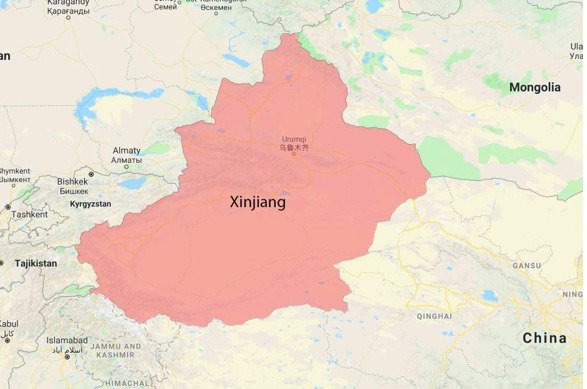 Xinjiang Province is surrounded by the rugged Karakoram, Kunlun and Tian Shan Mountain ranges, making up much of Xinjiang’s borders.

Kashgar, (pop. about 720,000 [2019]), the host city of this International Forum, is an ancient oasis city in the desertic Tarim Basin region of Western Xinjiang. It is one of the western most cities of China, close to the borders with Kyrgyzstan, Tajikistan, India and a tiny border with Afghanistan. Kashgar has served as a strategically important trading post over 2000 years ago for the Ancient Silk Road between China, Central Asia, the Middle East and Europe. Kashgar has the distinguished reputation of being one of the oldest, continuously inhabited cities in the world.

It is well known, the west, led by the US, including her European NATO allies, wants to destabilize China by whatever means they can find. At present China is surrounded by about 400 US military bases; of which the world’s largest which is located in Guam.

The Belt and Road project has been and remains a thorn in the eyes of the US / West since its initiation in 2013. However, until about 2019, the BRI had practically been non-existent, literally “banned” from reporting by western media. When countries like Italy and Greece officially recognized and connected to the BRI – the western mainstream media woke up, so to speak, and began criticizing and accusing China and all the countries that were connecting to BRI – of interfering in western politics.

This is a total lie. China never forces a country to participate in the Belt and Road, or any other Chinese initiative, for that matter. To the contrary, China offers the connection to the Belt and Road, as President Xi did in 2013, when he presented to Germany the opportunity to become at that time the western most point of the BRI. 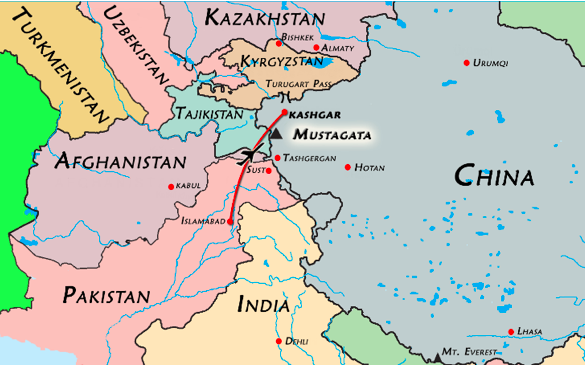 Madame Merkel – in the orbit of Washington – refused; and President Xi went home and continued the Chinese Project of the Century, working with and connecting other countries.

Why is the Belt and Road a thorn in the eye of the west?

Because the Belt and Road, counting already more than 150 member countries and international organization, is the largest global economic development scheme in current history, connecting countries, the world, PEACEFULLY through infrastructure, industry, science, trade, education and cultural exchange – aiming at a multi-polar world. This is precisely the contrary of the western objectives – a globalized world under US / NATO leadership.

Therefore, the New Silk Road is seen as a competitor, or rather an enemy, for western imperial forces. Attacking China in Xinjiang is a clear effort to destabilize a crucially important area of the Belt and Road. Of course, we know, there are other areas of atrocious aggressions on the PRC by the west: Tibet, Taiwan, Hong Kong – to name just a few.

These are the abject lie-accusations:

China is accused of “ethnic cleansing” – against the minority Muslim Uyghurs, wanting a “clean” Han Dynasty-type Xinjiang Province. Despite western interference, Xinjiang Province has been for the past three to four years among the most peaceful areas of China. Some 55 ethnic groups are living peacefully on her territory. Why would Beijing discriminate against the Uyghurs?

The west claims that Beijing holds over a million Uyghurs in concentration camps, using them for slave-labor, and committing untold human rights abuses.

Here is what really happens:

Western secret services infiltrate Xinjiang Province, mainly through the small border with Afghanistan (which is occupied for 20 years by US / NATO forces), to train and radicalize Muslim Uyghurs against China and to recruit them to fight in US’s proxy wars in the Middle East. Especially, to fight a Jihad war in Syria, but also in Iraq and other Middle Eastern countries, the west – US / NATO – wants to destabilize and control.

However, instead of putting them in concentration torture camps – as the US does with their war prisoners, sending them to the world’s most infamous torture prison, Guantanamo, a US-held enclave in Cuba.

Chinese authorities re-educate the returning, radicalized Uyghurs, so as to re-integrate them again into  Chinese society. They have been very successful at that. Hence, the peaceful, colorful and often festive ambiance throughout Xinjiang and especially the city of Kashgar. Xinjiang is increasingly becoming a tourist destination, for Chinese, as well as foreign visitors.

This is what really happens. No Chinese concentration camps. No forced labor.

But the truth doesn’t fit the western narrative of “evil China”, discriminating against and torturing a Muslim minority.

This is the true face of the coin that the world ought to know, but is constantly denied by biased and outright “bought” western media.

Peter Koenig is a geopolitical analyst and a former Senior Economist at the World Bank and the World Health Organization (WHO), where he has worked for over 30 years on water and environment around the world. He lectures at universities in the US, Europe and South America. He writes regularly for online journals and is the author of Implosion – An Economic Thriller about War, Environmental Destruction and Corporate Greed; and  co-author of Cynthia McKinney’s book “When China Sneezes: From the Coronavirus Lockdown to the Global Politico-Economic Crisis” (Clarity Press – November 1, 2020) He is a Research Associate of the Centre for Research on Globalization, and a non-resident Fellow of the Chongyang Institute of Renmin University, Beijing.