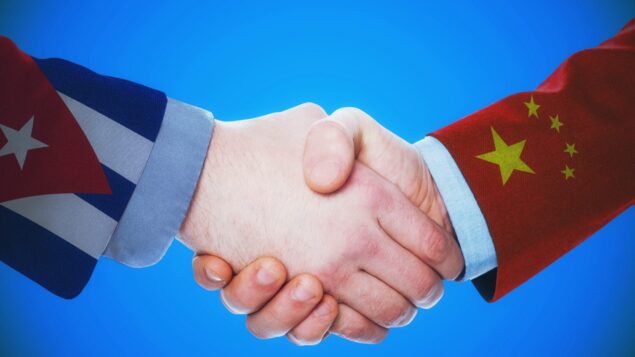 Chinese President Xi Jinping said Monday that China is willing to walk together with Cuba in building socialism and be good partners in pursuing common development in a phone conversation with Cuban President Miguel Diaz-Canel.

Chinese President Xi Jinping said Monday that China is willing to walk together with Cuba in building socialism and be good partners in pursuing common development in a phone conversation with Cuban President Miguel Diaz-Canel.

Xi also said China is willing to join hands with Cuba in being good exemplars of anti-COVID-19 fight and good comrades in strategic coordination.

Xi pointed out that under the strong leadership of the Communist Party of Cuba, Cuban comrades have forcefully defended their revolutionary achievements with no fear for the powerful and unyielding struggle.

Historically speaking, the socialist cause has never been smooth, and the communists have always strived for survival, development and victory through struggles, he said.

China, Xi said, always believes that the right to choose one nation’s own path of social development should be respected, and that unilateral sanctions against other countries or external interference in other countries’ internal affairs should be opposed.

China has always supported Cuba in taking the development road in line with its national conditions and building prosperous and sustainable socialism, and backed the country’s just fight to safeguard the security of its national sovereignty and oppose interference of the powerful, he added.

China will continue to provide assistance and support within its capacity to Cuba in fighting against the pandemic and improving people’s wellbeing, Xi said, expressing his belief that Cuba will make new progress in its socialist cause.

Xi stressed that under the careful cultivation and vigorous promotion of successive generations of leaders of the two parties and countries, China-Cuba relations have grown even stronger as time goes by, becoming a model of solidarity and cooperation between developing countries.

The two sides should intensify their strategic coordination on international and multilateral occasions to safeguard the common interests of developing countries, Xi said, adding that China will continue to uphold fairness and justice for Cuba in both speeches and deeds on the world stage.

For his part, Diaz-Canel said he appreciates China’s precious long-term support for Cuba, including providing Cuba with anti-epidemic supplies, which has shown the brotherly friendship between the two countries.

Cuba firmly follows the socialist path and is willing to strengthen inter-party exchanges and communication with China, as well as practical cooperation in various fields, and to jointly promote the cause of socialism and the development of Cuba-China relations, Diaz-Canel said.

Cuba stands ready to work with China to deepen multilateral coordination, and jointly oppose hegemonism, power politics, and the politicization and stigmatization of the epidemic, he said.

He said Cuba firmly adheres to the one-China policy and opposes interference in China’s internal affairs, and will continue to unswervingly support China’s positions on issues of core interests such as those related to Taiwan and Xinjiang.

The Cuban side, he added, is willing to play a positive role in promoting relations between Latin America and China. 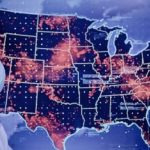 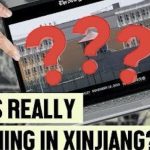