A number of writers, filmmakers and lawyers have issued declarations to show their support for the Academics for Peace initiative after an investigation was launched into Turkish academics who signed a declaration calling for an end to the violence in Turkey’s Southeast.

On Jan. 11, 1,128 academics from 89 universities both in Turkey and abroad issued a declaration in which they called for the government to restore peace in the country by halting the ongoing military operations in southeastern Turkey and restarting negotiations with the terrorist Kurdistan Workers’ Party (PKK) to find a peaceful solution to the Kurdish issue. A number of the academics were later detained for signing the declaration.

On Thursday, 558 writers and poets launched an initiative called Writers for Peace, signing a declaration to show their support for the academics who have become victims of a smear campaign after they were strongly criticized by President Recep Tayyip Erdogan. In the declaration, the writers said: “With all our hearts, we support the Academics for Peace initiative’s call for the government to recognize the need for peace and negotiations. We refuse to let freedom of thought and expression be restricted. We support equality and peace. We support the right to life. We support freedom of thought. Without any reservations, we refuse to take part in this crime! We support the Academics for Peace initiative.”

Poet and author Murathan Mungan, writer Ahmet Ümit and journalist and writer Pelin Batu are among those who signed the declaration.

Furthermore, a number of filmmakers including actor Nadir Saribacak, director Onur Ünlü and producer Ezel Akay launched an initiative called Filmmakers for Peace on Thursday, issuing a declaration in which they voiced their support for the academics. A total of 2,000 lawyers also issued a declaration on Friday, promising to stand by the academics both in courtrooms and on the streets.

“Yes, we say ‘children are being killed, don’t remain silent.’ … We warn the Ministry of Justice not to use judicial mechanisms as a tool of political power and criminalize demands for peace, union activities and freedom of expression. We want to make it clear that we embrace the declaration of the academics who say ‘We won’t take part in this crime’; we will fight against the threats they face and be there as their lawyers,” the lawyers said.

Speaking to Today’s Zaman on Friday, Adana Bar Association head Mengücek Gazi Çitirik strongly criticized the investigation into the academics. “Is it a crime to remind the government of its responsibilities to bring permanent peace and tranquility [to the country]?” Çitirik said.

A number of LGBT organizations also issued a press statement on Friday to show their solidarity with the academics. Bogaziçi University LGBTI Studies Club made a statement on their social media accounts on Friday in which they said that the academics’ declaration should be considered to be protected by the “freedom to explain and spread an ideology.”

The Turkish Union of Engineers and Architects’ Chambers (TMMOB) and the Turkish Doctors Union (TTB) also made a joint statement on Friday, saying that nobody should be targeted due to their lifestyle and ideology. The two organizations added that prosecutors should take action about recent statements by alleged crime boss Sedat Peker. In a declaration published on his website on Tuesday, Peker — who is known for his controversial remarks — labeled the academics “so-called intellectuals” and said, “We will spill your blood and we will take shower with your blood!!”

Socialist Youth Association (SGDF) members gathered in front of the main courthouse in Izmit in Kocaeli province on Friday to protest against the detention of the academics, holding placards that read “We won’t be intimidated by oppression and detentions” and “The palace will lose, the youth will win.” Kocaeli Labor and Democracy Platform also protested the detention in the city’s Sabri Yalim Park on Friday.

In a related development, Assistant Professor Kerem Altiparmak, who is a member of the Scientific Advisory Board of the Center for Human Rights of the Turkish Bar Association (TBB), announced late on Thursday that he had resigned from his position over remarks by TBB President Metin Feyzioglu, who on Thursday condemned the academics who signed the declaration. 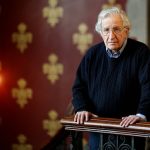 Chomsky hits back at Erdoğan, accusing him of double standards on terrorismTurkey / Türkiye 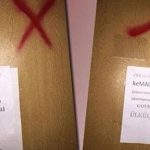