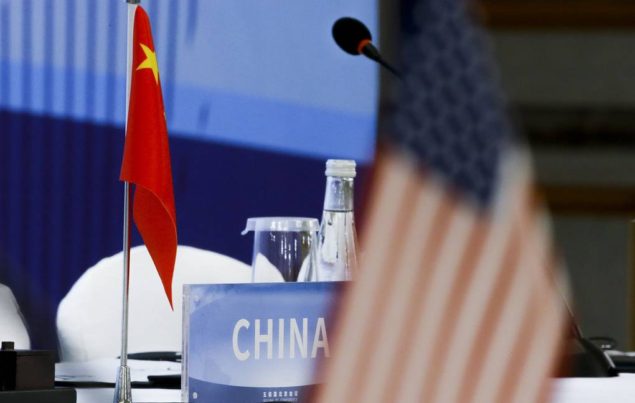 According to the analyst, the new Cold War will become very destructive for the global international relations system, because it will force nations to pick a side.

Nations failed to truly unite in their fight against the coronavirus and the world is facing a new Cold War between China and the US, says Fyodor Lukyanov, research director at the Valdai Discussion Club.

He disclosed that the Valdai experts will soon present a report, containing comments on the growing confrontation between China and the US.

I think, the main idea of this report is that the world is confronted with a very big and dangerous threat of basically a new Cold War, fought by China and the US,” Lukyanov said during the online conference “Economic consequences of coronavirus: the belt and road initiative amid new world conditions,” organized by the discussion club.

The analyst underscored that the Valdai experts do not believe that the crisis, caused by the pandemic, would push countries towards cooperation, because, currently, entirely different trends are observed, including in the context of a standoff between China and the US.

Lukyanov pointed out that the latest statements made by US President Donald Trump and Secretary of State Mike Pompeo show a different quality of attacks on China, and the pandemic has only become a pretext to ramp up the anti-China rhetoric.

President Trump, actually, has never made secret of his moods, but now he has a rather powerful ramming story that he will make the most of against China,” the expert said.

According to Lukyanov, the new Cold War will become very destructive for the global international relations system, because it will force nations to pick a side.

A choice is totally not the kind of model that is high on the world’s agenda. We have completely different goals now,” Lukyanov said.

Russia, like everyone else, will have to formulate its position, if this sharp confrontation will continue to escalate,” the expert said.