Video published on You Tube on Jan. 28, 2015–A woman in Kyiv who has moved to there from Luhansk to escape the war zone, tries to tell her Ukrainian compatriots in the streets of Kyiv that their government and army are killing defenseless civilians in southeast Ukraine. She is appealing for an end to the war. Her appeal takes place on January 22, 2015 in Kontraktowaja Square in Kyiv city center. Watch the reception that she receives; click on the screen below or on the weblink above (four minutes).

Are her intolerant listeners typical of all Ukrainian people in Kyiv? No. But there is more than enough intolerance to  make it very difficult for people to freely advocate for an end to war in eastern Ukraine. Recently, a small group of people gathering signatures on a petition in Kyiv calling for an end to the war were threatened and dispersed by vigilantes. There have been many reports, some broadcast on YouTube, of antiwar protest in Ukraine that is met by violence from right-wing vigilantes while police stand by and watch.

Resistance to conscription, on the other hand, is more difficult for the right-wing to suppress. It is more emotionally fraught, and is growing. Here is an excerpt from the daily report for Jan. 27, 2015 of  the Special Monitoring Mission (SMM) of the Organisation for Economic Security and Cooperation in Europe (OSCE):

The SMM met with the chief of police and the Kryvbas volunteer battalion commander in Kryvyi Rih (146km south-west of Dnepropetrovsk). Regarding the fourth wave of [conscription] mobilization, both interlocutors stated that they anticipated it to be rather difficult to implement. According to the plan, about 800 individuals are supposed to be mobilized within a week. However, a considerable number of people are trying to avoid mobilization by various means, the interlocutors said. During the previous mobilization process, the police opened about 100 cases in relation to alleged evasion. Four of them were forwarded to the court; the rest most likely will be closed as the suspects eventually managed to present documents proving their exemption from the mobilization due to family issues, health condition, etc. 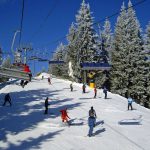 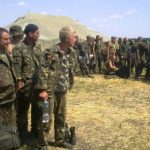