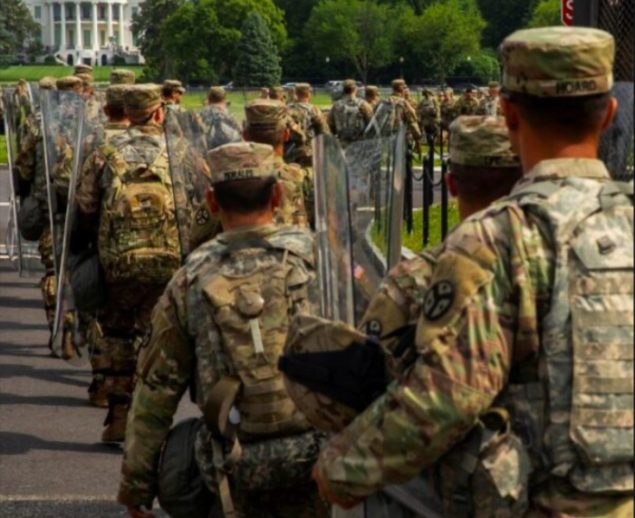 On March 20, I published an article called Why Assume There will be a 2020 Election? where I laid out the existential threat of a new Wall Street military Coup which would not only render elections obsolete, but would impose a new fascist hell onto America and the world.

On March 20, I published an article called Why Assume There will be a 2020 Election? where I laid out the existential threat of a new Wall Street military Coup which would not only render elections obsolete, but would impose a new fascist hell onto America and the world.

In that article I discussed the importance of General Smedley Butler’s strategic decision to expose the Wall Street plot to overthrow the newly elected president Franklin Roosevelt who was in the midst of waging a war on both Wall Street, the City of London and the chaos these financiers engineered during the great depression. Butler’s congressional testimony put the spotlight on these shadow creatures and gave FDR the breathing space and public supported needed to wage war on America’s deep state while pushing a bold healing of the nation under the New Deal.

That article was followed by a sequel on April 3 entitled Standing on the Precipice of Martial Law which featured the story of John F Kennedy’s battles with the London-directed Deep State and Military Industrial Complex in depth and also how JFK worked closely with the film maker John Frankenheimer to expose these intrigues to the American people by turning the book 7 Days in May into a film (unfortunately released only after other means were found to depose of the president). That article also dealt with the various PNAC-affiliated “planning scenarios” run over a year before September 11, 2001 which established the groundwork for a new type of Coup d’état within America with Cheney’s Continuity of Government protocols, the vast expansion of biowarfare infrastructure under the Bio-Shield Act, regime change wars abroad and police state measures within America itself.

After years of ongoing deep state penetration of the USA since JFK’s murder, a surprising nationalist dark horse president found himself in the Oval Office in the form of Donald Trump and just two months away from the 2020 elections, the threat of a new Military Coup organized by international financiers is as high as ever.

In his Labor Day press conference, Trump, who has distinguished himself as the first president since Eisenhower to call out the “military industrial complex” threw down the gauntlet saying:

“Biden … sent our youth off to fight in these crazy endless wars. It’s one of the reasons the military— I’m not saying the military is in love with me; the soldiers are. The top people in the Pentagon probably aren’t because they want to do nothing but fight wars so that all of those wonderful companies that make the bombs and make the planes and make everything else stay happy. But we’re getting out of the endless wars…. And I said, ‘That’s good. Let’s bring our soldiers back home. Some people don’t like to come home. Some people like to continue to spend money.’ One cold-hearted globalist betrayal after another, and that’s what it was.”

This statement should be taken both as a rallying call for patriots to use what is possibly their last chance to save the collapsing republic and avoiding world war three.

On September 5, Colonel Richard Black (Former State Senator and Judge Advocate) delivered a presentation at a Schiller Institute seminar where the colonel warned of the interconnected pattern of statements by former high ranking military officials either openly calling for a military coup (Lt. Colonels Paul Yingling and John Nagl on August 11) or celebrating the anarchist mobs threatening to tear the republic apart. To the latter group, Col. Black named former Defense Secretary James Mattis, Colin Powell, and Col. John Allen who have all questioned the authority of the President and touted their belief that Trump would not leave the White House willingly in January 2021. The actual source for those concerns didn’t come from any actual evidence obtained from reality however, but in fact arose out of “November chaos scenario war games” advanced by Soros/Clinton/Neocon-affiliated think tanks like the Transition Integrity Project which ran Event 201-like “fictional” scenario “war games”.

In one of the June TIP scenarios, Trump wins the popular November vote by a landslide, but due to the slow influx of mail-in ballots, it is soon revealed that Biden is the winner, whereby Trump supposedly locks the doors of the White House refusing to leave. In the TIP “game”, Biden was played by none other than John Podesta. These scenarios were again replayed more recently by a DNC-connected outfit named Hawkfish funded by Michael Bloomberg which was covered on Axios running a more detailed version of this computer model called “Red Mirage”.

Warning of a military coup, Col. Black stated “The coordinated release of scathing remarks by senior officials coupled with publication of a letter advocating a military coup suggests a deep sickness within the Pentagon and within our constitutional structure.”

As RT reported, between 2008-2018, 380 high ranking pentagon officials have been hired by defense contractors including 25 generals, 9 admirals, 43 Lieutenant Generals and 23 Vice Admirals… which provides just one sampling of the potential for treachery prevalent within the sick constitutional structure.

Other Soros-affiliated operations have sprung forth on multiple fronts to ensure maximum instability leading up to the elections. Beyond the obvious anarchy operations within the streets of America itself, a Canadian-based Soros-funded anarchist group called the Adbusters/Blackspot Collective which claims credit for coordinating Occupy Wall Street in 2010 has unleashed a 60-day “Lay Siege to the White House” offensive beginning on September 17. The British-Canadian pedigree of this act represents a long-standing tradition of anti-U.S. operations stretching back to the Aaron Burr plot of “northern secession” with Canada in 1804, the Montreal-directed assassinations of Abraham Lincoln AND John Kennedy to name but a few.

As Webb lays out in her article and as I documented in my April 2020 ‘Standing on the Precipice of Martial Law’, the new “Continuity of Government” protocols created in February to deal with the inevitable breakdown of America’s governing mechanisms under COVID pandemonium are very much still in effect. A parallel chain of command under jarhead war hawk General Terrance O’Shaughnessy (head of both NORTHCOM and NORAD) has been established and members of that parallel government await the moment to come forth in bunkers 650 meters under a mountain in Cheyenne, Colorado to “wait out the COVID-19 crisis”.

Traitors tied to the Military Industrial Complex, and other NATO-phile unipolarist ideologues among the military are undoubtedly itching for action, and unless extraordinarily creative and speedy maneuvers can be accomplished by Trump and his trusted allies (who number few and far between) in tandem with his potential allies among the Multipolar Alliance, then all hope for the republic, and global war avoidance more broadly may be lost. 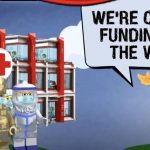 The virus – who’s to blame? Man, nature, god, all of the above?China, COVID-19 Corona virus, USA 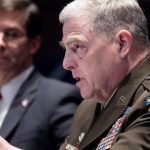 The military’s role in a contested electionUS 2020 elections, USA