Why you should care about Venezuela 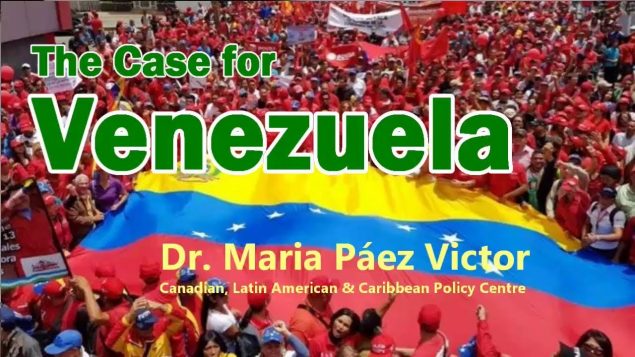 This powerful and informative speech by Dr. Maria Páez Victor at the 14th Forum, World Association of Political Economy in July, is an effective antidote to the anti Venezuela and Maduro propaganda continually being passed off as news and analysis in mainstream media in Canada and world wide.

Most Canadians imagine Canada to be a force for good on the world stage. Polite, reasonable, peace-loving and progressive. At least, that is how we like to imagine ourselves. 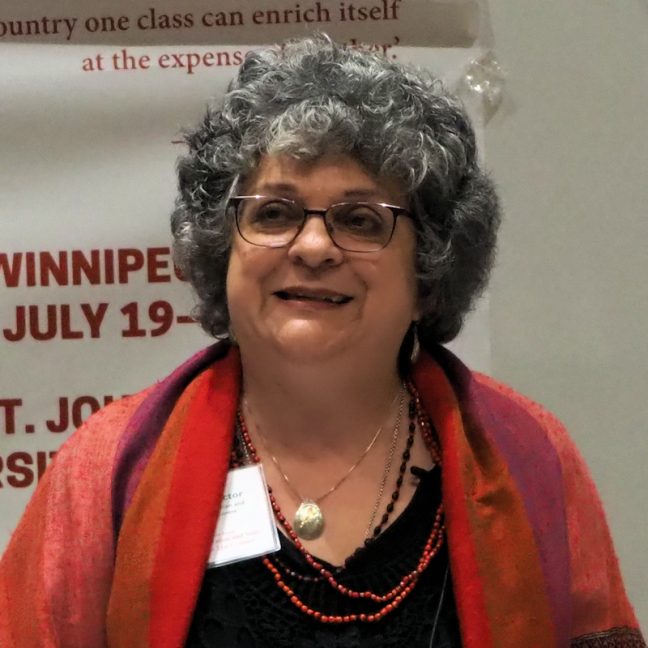 Sadly, it’s a myth. We helped oust the democratically elected Haitian government of Jean-Bertrand Aristide. We helped turn Libya into a failed state. We helped invade Afghanistan and occupied part of it for over a decade. And these are just a few examples of Canada’s backwards foreign policy in this century.

And now, we’re meddling in Venezuela, where our government has joined with the United States to destabilize, undermine and crush the democratically elected, socialist government of Nicholas Maduro and the popular movement that supports it. Yves Engler has written several well researched articles on Canada’s attacks on Venezuela that I recommend you read. Yves’ articles are an effective antidote to the bullshit being passed off as news and analysis in our mainstream media, as is a recent speech by Dr. Maria Páez Victor.

Dr. Páez Victor is a Toronto-based, Venezuelan-born sociologist and activist on the board of the Canadian, Latin American and Caribbean Policy Centre. She speaks with authority and passion about what is at stake in the country of her birth. I recorded her presentation at the 14th Forum of the World Association for Political Economy, held at the University of Manitoba in July.

Returning to the title of this post, why should you care? Simply put, if you want Canada to be a force for good on the world stage, our government’s policies and actions must change. And if you allow our government to continue along its reactionary path without challenging it, you are complicit.

It’s election time in Canada. Ask your candidates where they stand on issues such as this. Make your support for them conditional on their support for a foreign policy that is peaceful, cooperative and supportive of international law. It’s not too much to ask.