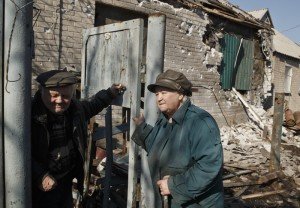 Elderly couple in front of their damaged house in Debaltseve, March 9, 2015, photo by Vadim Ghirda, AP

The Universal Declaration of Human Rights adopted in 1948 by the UN General Assembly secured the key rights that all the people should possess. The regime that was established in Kiev after the coup of 2014 had de facto abolished the implementation of this document in regard to a group of citizens of Ukraine.

As we know, Kiev keeps on considering the territories of the Donetsk and Lugansk people’s Republics a part of Ukraine. Hypocritically declaring “the unity of the country” and “the anti-terrorist operation” in order to please the West, in reality Kiev authorities are engaged in the genocide of the population of the region with the aim of improvement of Ukraine’ s economy at the expense of human lives.

Only in accordance with the official data, in the territories of Donbass not controlled by Kiev government more than a million of Ukrainian citizens live, who are living exclusively off the retirement pensions and other social payments. They are the elderly, the WWII veterans, who defeated Hitler or went through Buchenwald or Oswensim. They are the disabled people. They are the people, who have the credit of Ukraine. They had worked for the Ukrainian state all their lives long and paid taxes in Ukraine. Social payment is the natural obligation of the state to these people — they are the only means of livelihood for many of them. Nevertheless since the summer of 2014 Ukraine terminated all social payments to the citizens living in these territories.

In autumn it became a real problem. A million (!) of the elderly and disabled people were forced to travel to the distance of hundreds kilometers for their homes to the territories controlled by Ukraine in order to receive deserved by them payments.  However, eventually the Ukrainian government went even further. Since January 1, 2014 Yatsenyuk’s Cabinet terminated social payments to the people living on these territories. Millions of people were faced with a choice: to leave homes and move for good to the territories controlled by Ukraine (then the payments, although hilariously meager, are resumed), or lose the only source of livelihood and starve. Article 13 of the above mentioned Declaration says that “every person has the right to move freely and chose his\her residence within the limits of each state”. However, the “democratic” Kiev government is not going to pay attention to such trifle as the Universal Declaration of Human Rights in its strive to reach its goals.

Moreover, the first mentioned option is unrealistic in principle. The average retirement pension in Ukraine amounts to 1600 Hryvnya now (about 65 Euro) per month. The average cost of a bedsitter rent in Ukraine is about 2500 Hryvnya per month (a bit less than 100 Euro). A retired person cannot afford to leave his apartment in Donetsk, Lugansk, Snezhnoye, Ilovaysk and rent an apartment in a city under Ukrainian control. Kiev regime deliberately made such a decision in order to free itself from the obligations in regard to social payments – at the expense of the lives of a million of Donetsk retired people.

On March 12 the International Monetary Fund demanded that Ukraine should resume the payments, but the memorandum adopted implies the settlement of this issue toll the end of 2015, and a million of people have not been receiving the routine payments for half a year already.

Notably, this resolution of Kiev government contradicts Ukrainian laws as well. Article 175 of the Criminal Code of Ukraine states responsibility for the non-payment of pensions and other legally asserted payments. Predictably, the retired dwellers of Donbass started to sue the social bodies of Ukraine. Nevertheless the lawsuits proceeded in accordance with the predictable scenario.

The most well-known precedent is the cases handled by human right activists Kirill Beloshytskiy, Tatyana Volkova and Irina Khyzhnyak. 15 inhabitants of Donbass sued Ukrainian government for the refusal in payment of envisaged by the law pensions with the support of these layers. Surprisingly, the court verdict was just, and the first lawsuit was won by the appellants. On February11, 2015 Kiev District Administrative Court ruled the relevant government statement illegal and ordered to resume social payments to the dwellers of Donbass. However it was just the beginning of the epic.

At once after this court ruling the Ukrainian government submitted an appeal, the consideration of which is still being delayed deliberately. Although Kiev did not stop at that and decided to repress the judges who dared to defend the constitutional rights of the citizens of Ukraine living in Donbass.

As early as on February 16 search was carried out in the building of Kiev District Administrative Court. The search was conducted by the inevitable armed people in face masks, and only later the Prosecutor of Kiev Yuldashev informed the public that the search was sanctioned by him. Moreover, one of the judges concerned, Valeriy Kuzmenko, received an enlistment note soon after that. Sending of disagreeable people to war has long been viewed by Kiev as the repressive means, but it was the first time it had been used as the method of squeeze on court.

The Convention of Prevention of Genocide Crime and Punishment for It, recognized by the entire civilized world, defines genocide as “actions committed with the aim of extermination, complete or partial, of some national, ethnic, racial or religious group as such”, including by way of “deliberate creation for such group of such living conditions, which are aimed at total or partial physical elimination of it”.

If Kiev’s deprivation of a million of the Donbass aged people of all means of livelihood does not suit this definition, then in reality the Convention is not worth of the paper it is written on.

Konstantin Dolgov is the Co-Chairman of the Peoples’ Front of Novorossia. This article appeared in Russian in ‘Russkaya vesnai.

The regular payment of pensions in Russian rubles is starting in the Donetsk People’s Republic in April. The corresponding decree, signed by the Head of the DPR, Alexander Zakharchenko, was brought to the office of the Donetsk News Agency.

The pensions are calculated and paid in accordance with the acting legislation of the DPR and taking into account the Government decree “Regarding several questions on the definition (recalculating) of pensions in the Donetsk People’s Republic in the transition period” dated 10.01.2015.

According to the decree, “pensions are paid in Russian rubles”, “in the previously defined amounts at a fixed rate between the Ukrainian hryvnia and the Russian ruble 1:2”.

The obligation for payment and delivery of the pensions is entrusted to Central Republican Bank and state enterprise “Donbas Post”. The Ministry of information, the Ministry of labor and social policy and Pension fund are obliged to clarify the procedure for payment of pensions to the population. 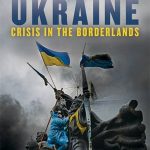 Book review: Why the West is to blame for the crisis in UkraineBackground, Book reviews, Ukraine 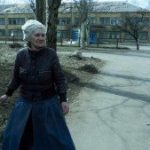