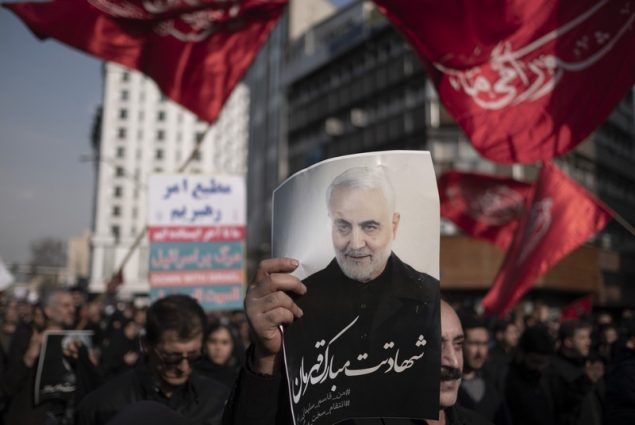 An Iranian man carries a portrait of Qasem Soleimani, in Tehran on 3 January, the day after the Iranian general was assassinated in an American air attack on Baghdad airport. Morteza Nikoubazl SIPA

Israeli Prime Minister Benjamin Netanyahu has praised the US attacks on Iraq that killed senior Iranian General Qasem Soleimani and Abu Mahdi al-Muhandis, the leader of Iraqi militias that were instrumental in the defeat of ISIS – so-called Islamic State.

Peretz’s hatred of Iran is perhaps understandable. He was defense minister during Israel’s 2006 invasion of Lebanon, in which that country’s resistance – supported by Iran – dealt Israel a humiliating defeat.

Yossi Melman, a veteran analyst of Israeli intelligence, called the US escalation “good news for Israel” because it draws the United States even further into Israel’s attacks on Iran and its interests.

In an initial response, Iran’s foreign minister Javad Zarif lauded Soleimani as the head of “the most effective force” in fighting ISIS and al-Qaida, and termed his killing an act of “international terrorism.”

The US bears responsibility for all consequences of its rogue adventurism.

There is, no doubt, great satisfaction in Israel and among its most fanatical supporters at a move that ratchets the situation towards even more catastrophic violence.

That prompted protests that breached the perimeter of the heavily fortified US embassy in Baghdad.

The US claims the group carried out a rocket attack on a northern Iraqi military base days earlier that killed an American contractor.

Senator Ted Cruz praised Trump’s killing of Soleimani as “long overdue justice for our Israeli allies” – whatever that means.

Trump – who ran for office railing against the Iraq war – is now resorting to the same sorts of lies and exaggerations all his predecessors have used to manipulate the public into supporting their military adventures:

There will no doubt be much more of this unhinged jingoism.

Support for Trump from the far right is to be expected, but sadly so is tacit support from so-called progressives like Senator Elizabeth Warren and centrists like former Vice President Joe Biden, both Democrats running for president.

Their mealy mouthed criticism of the president’s killings starts from the premise that Soleimani is a Bad Man – the villain du jour who deserves to be liquidated.

But they are only worried about the timing, process and possible consequences.

They never question the premise that the United States has the right to send troops, aircraft carriers and drones to impose its will on every corner of the world, to bomb and kill and install handpicked puppet leaders in any country that fails to toe Washington’s line.

In other words, they too are committed imperialists, just liberals.

He was an enemy of ISIS who interrupted imperial plans to destabilize Syria. At what point did he or his forces threaten the national security of the US? This is how congressional Dems feed into Trump-Netanyahu's narrative.

Senator Bernie Sanders warned that Trump’s “dangerous escalation brings us closer to another disastrous war in the Middle East that could cost countless lives and trillions more dollars.” But he stopped short of condemning the killing of Soleimani itself.

Trump's dangerous escalation brings us closer to another disastrous war in the Middle East that could cost countless lives and trillions more dollars.

Trump promised to end endless wars, but this action puts us on the path to another one.

The reality – clear to those whose view is not obscured by devotion to US power or to sectarian hatred – is that Iran has for decades been pushing back against US encirclement and efforts at regime change.

That began after the 1979 Islamic Revolution which overthrew the Shah, a loyal American puppet and ally of Israel.

In 1980, the West, especially the United States, supported Saddam Hussein’s invasion of Iran. That launched an eight-year war that is estimated to have cost hundreds of thousands of Iraqi and Iranian lives.

American, British, French and German companies supplied Iraq with arms, including the ability to manufacture chemical weapons. (After that war, Saddam had pretensions of becoming a regional power in his own right – notably his criminal invasion of Kuwait in 1990. No longer serving its purposes, the US turned on Iraq, waging decades of lethal sanctions and war.)

This came amid euphoria from the neoconservatives at the heart of the Bush administration that Damascus and Tehran would be the next targets.

This all followed the script set out by the Project for the New American Century, a think tank pushing for regime change across the region as a way of securing American and Israeli domination.

Allied with American imperialists, Israel and its supporters have been the prime backers of escalation if not outright war with Iran.

Israel, and specifically Netanyahu, took the lead in working to end the 2015 deal which saw Iran voluntarily place its nuclear energy program under strict limits in exchange for a lifting of economic sanctions.

Israel has relentlessly pushed for the punishing economic war waged by Trump aimed at inflicting suffering on ordinary people and bringing Iran to collapse.

As scholar Greg Shupak observes, “US and Israeli planners despise Iran principally because it is an independent regional power.”

“It has a strong military and a foreign policy that includes providing material support for armed Palestinian resistance to Israel and for Hizballah’s defense of Lebanon from US-Israeli aggressions, including the joint invasion in 1982 and the US-backed Israeli assault in 2006,” Shupak adds.

The hatred is so extreme that Sheldon Adelson, the pro-Israel billionaire and top funder to Trump and the Republican Party, has previously called on the United States to nuke Iran.

Israel’s determination to weaken Iran – and if possible bring about regime change – has been the motivation for years of Israeli attacks. These include dozens of bombing attacks in Syria and Iraq and the murder of Iranian scientists.

But as Shupak notes, the main Israeli strategy has been to push for Iran to be “subjected to enough socioeconomic asphyxiation that its government will be overthrown or it will be subjected to even greater outside control than it was under the nuclear deal” – a deal Iran abided by until the US withdrew from it in 2018.

This is in sharp contrast to Israel, which is widely acknowledged to possess a nuclear arsenal, but which unlike Iran, adamantly refuses to sign the Non-Proliferation Treaty or to agree to any international supervision.

Lebanon’s Hizballah, supported by Iran, dealt Israel – and by extension the United States – a major strategic defeat when Israel invaded Lebanon in 2006.

More recently, it was Iran’s support, specifically under the guidance of General Soleimani, that rolled back ISIS across Syria and Iraq, stopping the group from taking Baghdad.

The US and its proxies gave birth to ISIS, and they never really wanted to defeat it. Their think tanks called it a "useful tool"

It was Iran, Syria, Hezbollah, and Russia — with generals like Qassem Soleimani — who defeated the genocidal fascists in ISIShttps://t.co/T3BJkC3Rna

The growth and spread of groups like ISIS and al-Qaida – a direct consequence of American wars and interventions – has been a catastrophe for millions of people across the region.

But these groups never really bothered the United States and Israel, who just see them as more tools in their effort to impose their will.

That is why the United States sent at least a billion dollars of arms into the hands of such groups to fuel the war in Syria.

That is why Israel armed and funded groups linked with al-Qaida in Syria as well.

In 2014, then vice president, Biden apologized for accidentally revealing an unpalatable truth: It was the US’ closest allies in the region – Turkey, Saudi Arabia, Qatar and the United Arab Emirates – who also sent “hundreds of millions of dollars and tens of thousands of tons of weapons” to groups including Jabhat al-Nusra and al-Qaida and “extremist elements of jihadis coming from other parts of the world.”

Biden suggested that this support was crucial to spawning ISIS, an offshoot of al-Qaida and its allies.

And that is no doubt why Yaalon welcomed an apology from ISIS after it attacked Israeli forces in Syria’s occupied Golan Heights in 2016.

This Israeli logic can be applied to the region at large, especially Israel’s increasingly cozy relationship with Saudi Arabia, which is founded on joint enmity towards Iran.

Columbia University professor Joseph Massad has suggested that recent US-backed moves to reach formal “non-aggression pacts” between Israel and certain Gulf States may be a preparatory step for a wider war against Iran as well as against Lebanon, Syria, Iraq and the Palestinians.

Understanding this perverted logic is essential to seeing why the US and Israel appear so determined to pursue conflict with Iran no matter the human cost.

Ali Abunimah is executive director of The Electronic Intifada and author of One Country and The Battle for Justice in Palestine. 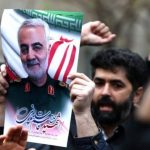 Lies, the Bethlehem Doctrine, and the illegal murder of SoleimaniIran 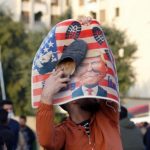 US Army intelligence analyst on consequences of Trump’s killing spree in IraqIran, Iraq, US aggression