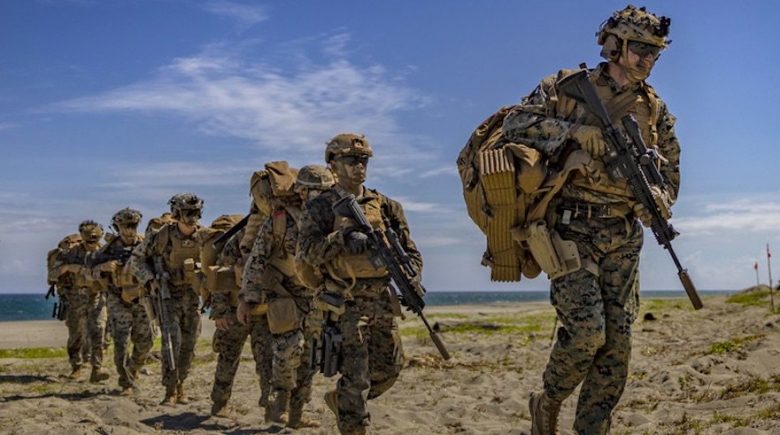 Washington’s policies are guided by threat inflation and a vision of global control.
________________________
The drums of war being beaten in Washington DC are picking up tempo. Nancy Pelosi’s ill-advised visit to Taiwan was followed by that of more members of Congress. Only weeks later, President Biden declared that the US stood ready to defend Taiwan in case of Chinese invasion and, within two days of that, US and Canadian warships were conducting another of the provocative ‘Freedom of Navigation’ operations in the Taiwan Strait that have become increasingly frequent since President Obama’s Pivot to Asia, and now it has accelerated the passage of the Taiwan Policy Act, which aims to “support the security of Taiwan and its right of self-determination.”

If it passes, it will become Biden’s signature foreign-policy legacy, the proxy war against Russia through Ukraine notwithstanding. It will overturn the US’ long-standing observation of the One China policy, turning its decades-old ‘strategic ambiguity’ into the strategic certainty of US commitment to Taiwanese independence.

After Obama’s Pivot to Asia and Trump’s noisy trade, technology and currency wars, Biden was elected to take a more moderate and peaceable approach. Instead, his presidency has engineered a veritable fourth Taiwan Strait crisis, one that risks nuclear war.

Even amid all the tumult of the Ukraine conflict, US policy-making circles are rife with alarmism over China. Take the prestigious Council on Foreign Relations, a critically weighty part of the US foreign policy community since 1918, when its founders’ report formed the basis of the famous Fourteen Points with which President Wilson responded to the Bolshevik Peace decree with its call for self-determination of all peoples. In recent months, Foreign Affairs, its flagship journal, has featured headlines like ‘Taiwan Can’t Wait: What America Must Do To Prevent a Successful Chinese Invasion,’ ‘How to Survive the Next Taiwan Strait Crisis,’ ‘Washington Must Be Ready For a Showdown With or Without a Pelosi Trip,’ ‘America Must Prepare for a War Over Taiwan,’ and ‘Time Is Running Out to Defend Taiwan: Why the Pentagon Must Focus on Near-Term Deterrence,’ the last by none other than Michele Flournoy, once tipped to be Biden’s Secretary of Defense.

These headlines are not just hot air. In addition to reactivating the Quadrilateral dialogue, forming AUKUS, and giving NATO an unprecedented focus on China, the Biden administration has overseen a massive concentration of forces in the Western Pacific, with 57 of its 111 ships operating worldwide attached to the Seventh Fleet. It includes three ‘super’ and three smaller aircraft carriers, home to nuclear-capable F-35 fighter jets. In addition, the US has been engaged in numerous military exercises in the region, including the so-called ‘Freedom of Navigation’ sailings through the Taiwan Strait.

Of course, declining US economic power over recent decades has also been accompanied by declining US military power, as evidenced in the string of military failures this century that culminated in the ignominious withdrawal from Afghanistan. Inevitably, therefore, there are also voices of caution emerging in the US. While Foreign Affairs itself can also sport stories headlined ‘Beijing Is Still Playing the Long Game on Taiwan’ and ‘Why China Isn’t Poised to Invade,’ new counter institutions have also emerged. One of the most important is the Quincy Institute for Responsible Statecraft, on the premise that ‘[t]he practical and moral failures of U.S. efforts to unilaterally shape the destiny of other nations by force requires a fundamental rethinking of U.S. foreign policy assumptions.’

However, how much can such new institutions change? After all, there is consensus – between the two major parties and across the divide between ‘realist’ and ‘liberal internationalist’ schools of foreign-policy thinking – that China constitutes the main threat to the US. To be sure, the principal expert of the Quincy institute on China warns against ‘threat inflation’ with regard to China, recommends that US policy-makers “[p]roduce more balanced, fact-based assessments of China’s capabilities and intentions,” and urges them to “to create a regional and global system centered on a maximum level of positive-sum interactions, including, among others, cooperative structures, and agreements to address specific common regional and global threats, including climate change, pandemics, financial instability, cyberattacks, and WMD proliferation.” He also advocates “the revitalization of the One China policy toward Taiwan alongside greater efforts to increase incentives in both Beijing and Taipei to compromise in ways that make possible eventual political talks.” However, even he recommends that the ultimate goal of US policy should be “a more financially feasible active denial force posture designed to deny China clear control over its maritime periphery.”

If denying China its sovereignty over its rightful waters is to be the goal of US policy even in the eyes of the critics of current US bellicosity, the US is unlikely to be shunted off the path of military aggression.

Dr. Radhika Desai, is a professor at the Department of Political Studies at the University of Manitoba in Winnipeg, Canada and director of the Geopolitical Economy Research Group. She also writes on current affairs for Valdai Club, CGTN, Counterpunch and other outlets and is the author of Geopolitical Economy: After US Hegemony, Globalization and Empire and Capitalism, Coronavirus and War: A Geopolitical Economy 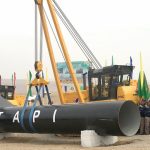 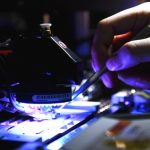 US’ harshest chip export ban on China could risk as much as 30% of some global chip giants’ revenueChina, Economics, USA