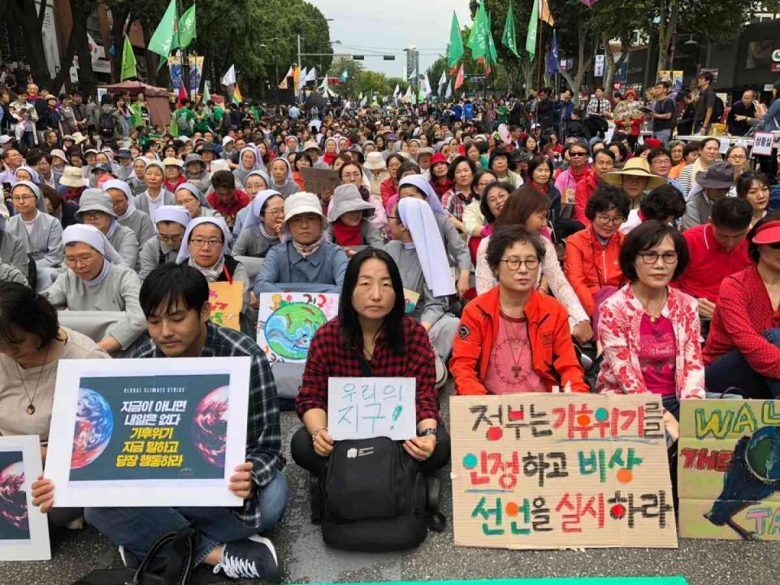 South Korea’s export economy is centred on energy-intensive industries and therefore environmental activism by labor unions faces complex challenges. In the face of such challenges, KCTU’s proactive participation in the Action for Climate Justice coalition, and its actions to work jointly with wide-ranging environmental and social movements, hold the promise of broadening and solidifying the foundations of the climate movement, while signalling the beginning of a potentially powerful new form of climate activism taking shape in South Korea.

On September 24, 2022, more than 30,000 people occupied the main roads of downtown Seoul, South Korea, for the nation’s largest climate justice march. The sheer turnout of people from all walks of life and the participation by a wide range of advocacy groups were a testament to the impact of climate change on every aspect of life: human rights, women’s rights, religion, food insecurity, and labor rights. For many of these advocacy movements in Seoul, recent crises like COVID-19 have brought home the urgent need to address the climate crisis.

Opening with a rally in Namdaemun Plaza at 3 p.m., the two-hour march occupied four out of six lanes of Seoul’s main Sejong-daero Boulevard. Standing on moving flatbed trucks, people spoke about the intersectionality of the climate crisis and other issues, including labor insecurity, housing instability, and social discrimination.

The groups of protesters regularly chanted in unison: “lives over profit” and “we can’t live like this anymore!” Drumming, music, and dance filled the streets. During a five-minute “die-in,” protesters fell to the ground, front to rear, like cascading dominoes.

The march was the result of three months of planning, promotion, and fundraising by Action for Climate Justice, a coalition of more than 400 civic, regional/community, and trade union movements united under the guiding concept of climate justice.

Like previous marches, environmental NGOs played leading roles in the organizing, such as Green Korea United and the Korean Federation for Environmental Movements (KFEM), alongside youth movements. But 2022 also saw a large influx of long-established and new movement groups not exclusive to environmental activism but for whom the climate crisis has become central to their agenda—human rights groups, women’s groups, social movements, political parties, religious networks, food cooperatives, irregular contract workers, and trade union movements.

From the Human Rights Movement Sarangbang, combating the violence of political and economic discrimination and exploitation since 1993, to the recent Human Rights Movement Network Baram working to secure the rights and dignity of discriminated groups, such as women, the disabled, LGBTQ communities, immigrants, and irregular contract workers—the COVID-19 pandemic has brought the climate crisis to the fore of their activities.

Climate policy has likewise become a pressing issue for the Anti-Poverty Alliance, which emerged during mass layoffs and bankruptcies following the 1997 financial crisis and neoliberalization of the Korean economy. This “IMF era” alliance has grown to include 49 member organizations engaged in various struggles for livelihood, from the fight for a universal basic income to alternatives to substandard housing (including polytunnel villages where people live in greenhouse-like shelters made out of vinyl) and housing instability in the face of Korea’s speculative housing markets and climate change.

Religious orders are also a sizable part of the movement now. Building on their legacy of sheltering democracy movement activists in the 1970s and 1980s, Korea’s faith-based groups have been organizing a climate movement that is cross-denominational and transnational such as the pan-Asian Inter-Religious Climate and Ecology Network.

The large outpouring of protesters in September 2022 even surpassed organizers’ expectations. Over the past two years, pandemic restrictions on gatherings and suspension of protest permits in South Korea have brought activism online and into classrooms and have included the unconventional occupation of public spaces. Some of the most visible climate actions in Seoul in 2021 appeared not on the city streets but rather above and underneath them, on large billboards mounted on skyscrapers and LCD screens installed inside subway lines. The yearlong campaign from 2020 to 2021, Climate Citizens 3.5, which was jointly conducted with artists, environmental groups, and researchers, used a chunk of its total budget, the largest allotted by Arts Council Korea, to rent 30 large-scale outdoor electronic billboards, 219 digital screens inside 21 subway stations, and all of the advertising space in 48 subway cars. Spread across the city, the billboards and displays were tailored to convey climate change-focused messages targeted to each location—climate policy changes for the traffic-heavy city center at Gwanghwamun and consumption-related taglines for shopping districts in Myeongdong and Gangnam: “Spend Less, Live More!”

Such overlapping and expanding networks in the climate justice coalition attest to the burgeoning consciousness of the climate crisis for a population whose Cold War-divided peninsula placed North Korea and South Korea in the shadow of a nuclear winter long before the threat of exterminism via global warming became an issue. As policy researcher and activist of the Climate Justice Alliance Han Jegak states, “while climate change denial is not a widespread problem in South Korea as it is in other countries, there is still a generalized denial about the urgency to act, the attitude is that we can follow what other countries are doing.” He adds, “people express fear and depression over climate change, but such feelings do not lead to proactive actions. We need to forge alternatives collectively in place of mostly individualized actions like hyper-recycling. The movement needs to harness the anger related to the climate crisis and mobilize that.” One such concrete outcome from the march was the exponential rise in signatories successfully introducing a civil memorandum to stop the opening of new coal plants to the National Assembly floor.

For many in the movement, the unprecedented rainstorms and flooding that took the lives of several people including a family in a semi-basement flat in Seoul in August 2022 has inflamed the call to action. For the Korean Confederation of Trade Unions (KCTU), this incident came as a personal loss, as one of the deceased was a union activist. The largest independent democratic trade union association in Korea with 1.1 million members, KCTU formalized its participation in climate action networks when it voted in a special committee on climate justice within its organization in February 2021. Environmental groups have long reached out to KCTU for more active participation in the movement as “public and energy sector unions and irregular contract workers are situated at the forefront of struggles over policy changes as well as facing the brunt of its effects,” as emphasized by KFEM activist and member of the climate coalition Kwon Woohyun. In many ways, the union’s participation in the climate movement was a significant development, explains Kim Seok, KCTU policy director, because “it was a decision to make the climate issue a key component of KCTU policies, including the collective bargaining agreement process, which is the most fundamental activity for unions.” In 2022, KCTU members circulated the most posters and mobilized 5,000 union activists to join the climate march.

For a country whose export economy is centered on energy-intensive industries, environmental activism by labor unions faces complicated challenges. KCTU must contend with internal pressure from rank-and-file workers seeking compensation for job losses from the transition to clean energy as well as the broader national context in which the state has relinquished the development of clean energy industries to profit-seeking private sector companies.

In the face of these challenges, KCTU’s proactive participation in the Action for Climate Justice coalition and its actions to work jointly with wide-ranging environmental and social movements hold the promise of broadening and solidifying the foundations of the climate movement going forward, while signalling the beginning of a potentially powerful new form of climate activism taking shape in South Korea.

Alice S. Kim received her PhD from the Rhetoric Department at UC Berkeley and is a writer, researcher, and translator living in Seoul. Her publications include “The ‘Vietnamese’ Skirt and Other Wartime Myths” in The Vietnam War in the Pacific World (UNC Press, 2022) and “Left Out: People’s Solidarity for Social Progress and the Evolution of Minjung After Authoritarianism,” in South Korean Social Movements (Routledge, 2011). 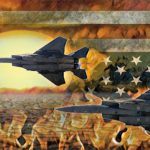 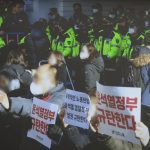