A US aircraft carrier

As President Biden escalates US aggression against China, opposing this new cold war is becoming an increasingly central discussion among leading progressives across the world, including in Latin America.

As President Biden escalates US aggression against China, opposing this new cold war is becoming an increasingly central discussion among leading progressives across the world, including in Latin America.

This is because relations with China aid Latin American countries to pursue an independent foreign policy instead of being subject to US dictates.

Today a major international meeting, hosted by the No Cold War campaign and the Tricontinental Institute, sees Brazil’s former president and foreign minister, Dilma Rousseff and Celso Amorim, speak alongside Wang Wen, a prominent Chinese intellectual, to discuss the theme “China, the US and Brazil’s quest for an independent foreign policy.”

Joao Pedro Stedile from Brazil’s Landless Workers Movement (MST), the largest social movement in Latin America, will join the panel. The event will reach a global audience, being broadcast in three languages — Portuguese, English and Chinese.

The catastrophic impact of the US coup in Brazil

This international discussion is taking place amid a growing multifaceted catastrophe in Brazil, directly resulting from the US-orchestrated coup that started with the impeachment of former Workers Party (PT) President Rousseff in 2016 and culminated in the election of far-right politician Jair Bolsonaro as president in 2018 after the leading left-wing candidate Lula was jailed on false corruption charges.

Around 2,000 people are dying from Covid-19 every day in Brazil. The total death toll now exceeds 426,000, due to Bolsonaro’s criminal response to the pandemic, which he called “a little flu.”

Bolsonaro’s government also slashed environmental regulations, giving the green light to accelerate the deforestation of the Amazon rainforest — which hit a 12-year high in 2020.

Will Brazil break out of its subordination to the US?

US intervention in Brazil directly paved the way for Bolsonaro’s presidency and the current catastrophe.

The US regarded the progressive foreign policy developed during the presidencies of Lula (2003-2010) and Rousseff (2011-2016) as a direct challenge not only to the US foreign policy that designates Latin America as its backyard but to the US’s determination to dominate global affairs.

During Workers Party (PT) governments from 2003-16 Brazil became an important actor on the Latin American and global geopolitical stage, especially for its role in Brics, Mercosur, Unasur and Celac. It worked closely with China to develop mutually beneficial relations.

Stopping Brazil from following such an independent foreign policy was a major motivation for the US coup against the Workers Party from 2016 onwards.

The US has pursued a “lawfare” strategy of using conservative judges in Latin America to attack the most popular left-wing leaders on the continent, with the goal of decapitating the left.

By jailing Brazil’s former president Lula in the run-up to the 2018 presidential election on fake corruption charges, an election all opinion polls indicated Lula would have won by a landslide, the US and its allies in Brazil’s judiciary effectively rigged the election, paving the way for Bolsonaro to emerge as president.

That Lula was the victim of a witch hunt has now been exposed with the decision of Brazil’s Supreme Court to annul his corruption convictions in March 2021. The malign influence of US intervention in the persecution of Lula is coming increasingly to the fore of public discussion.

In an interview in 2020 Lula said he had “much more clarity” on the role the US Department of Justice played in his political persecution and Washington’s project to subordinate Brazil to the US. In Lula’s words, “Brazil has given away its freedom and its independence and it salutes an American president… Brazil has regressed to the status of a colony.”

With his convictions overturned Lula is now free to stand in Brazil’s presidential election in 2022. Opinion polls indicate he would easily defeat Bolsonaro.

This raises the prospect of Brazil breaking out of its current subordination to the US and again pursuing an independent foreign policy — including mutually beneficial relations with China.

These events show that the idea promoted by some sections of the Western left that progressives should be neutral in the face of the US cold war against China and raise the slogan “neither Washington nor Beijing” is particularly nonsensical in Latin America.

The US remains determined to dominate countries in Latin America — via coups, brutal sanctions and campaigns of destabilisation. China offers a different model of international relations based on respecting national sovereignty and mutually beneficial trade and investment.

Bolivia provides a recent example of the difference in approach. Bolivia has huge lithium reserves — a crucial component for production of batteries for phones, laptops and electric cars.

Under the leadership of the Movement Towards Socialism (MAS), headed by former president Evo Morales, Bolivia nationalised its lithium and was investing to create state industries that would process this resource into higher value-added products.

To achieve this Morales’s socialist government entered a mutually beneficial partnership with China to develop its lithium industry. This was intolerable to the US — which wanted such resources under the control of US companies such as that of right-wing billionaire Elon Musk. Washington therefore orchestrated a coup in 2019 which ousted Evo Morales’s government.

The people of Bolivia have since defeated this US intervention and Bolivia’s plans to work with China to develop its lithium industry are being reinstated.

Likewise, in Venezuela, China has defied the US’s brutal sanctions against Caracas to buy its oil and provided the country with vital resources to fight the pandemic including face masks, medicines and vaccines.

China’s commitment to mutually beneficial relations while not interfering in internal affairs of other nations is graphically demonstrated by Brazil’s situation. Despite Bolsonaro and his anti-China position, Brazil has relied upon China to provide vaccines in the fight against the pandemic and bilateral trade between China and Brazil in 2020 reached a record $101 billion with a large surplus for Brazil.

With the IMF projecting that almost 60 per cent of estimated world growth in 2020-21 will be due to China, it is clear that China will be an important partner for Latin American countries seeking to recover from the economic turmoil unleashed by the pandemic.

Latin America is therefore becoming a key geopolitical region of contention in the new cold war as the US attempts to stop countries from pursuing “win-win” co-operation with China.

This struggle for national self-determination in Latin America is inextricably linked to the struggle for an independent foreign policy and the opportunities that a multipolar world presents for development and social progress — and China is a key ally for Latin American countries in this.

The International webinar: China, US and Brazil’s quest for an independent foreign policy takes place today, Saturday May 15 at 2pm: www.mstar.link/LatinChina.

This article was first published on the Morning Star website on 15 May. 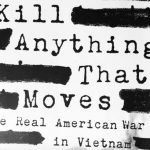 Kill Anything That Moves: The Real American War in Vietnam RevisitedSocialist Republic of Vietnam, US aggression, USA 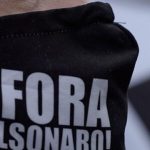 Over 200 Brazilian Cities Rise Up Against “Genocidal” BolsonaroBrazil