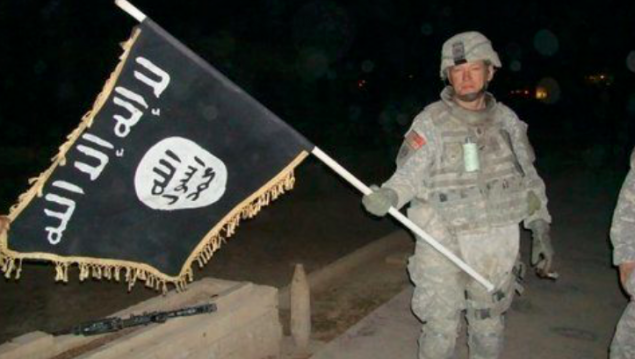 At the height of the al-Qaeda-led insurgency in Iraq in 2006-07, US commanders, whose troops were suffering serious casualties from roadside bombs, developed a strategy. They sought to identify, kill or capture the leaders of the cells planting the Improvised Explosive Devices (IEDs) in the belief that this would cripple the bombing campaign.

At the height of the al-Qaeda-led insurgency in Iraq in 2006-07, US commanders, whose troops were suffering serious casualties from roadside bombs, developed a strategy. They sought to identify, kill or capture the leaders of the cells planting the Improvised Explosive Devices (IEDs) in the belief that this would cripple the bombing campaign.

Many such high-value targets were tracked down and eliminated, but the whole strategy turned out to be misconceived and counterproductive. A study of 200 cases of cell leaders being killed or arrested in 2007 showed that in the month following the elimination of the individual targeted, the number of IED attacks in the area where his cell operated actually increased by between 20 and 40 per cent.

This was happening because al-Qaeda had assumed that its local military leaders would have a low survival rate and always had a replacement ready to take over within 24 hours of his demise. These new commanders were eager to show their military prowess by making more attacks, while their predecessor had often suffered from battle fatigue or was short on new ideas about how to carry the fight to the enemy. (Full disclosure: the information about the counterproductive US high value target strategy in Iraq comes from my brother Andrew Cockburn’s book Kill Chain: Drones and the Rise of High-Tech Assassins.)

It is worth keeping this story in mind when considering the likely consequences of the killing of the overall Isis leader, Abu Baqr al-Baghdadi, in northwest Syria on 27 October. Commentators and analysts have reacted cautiously to his death, saying that it is a serious symbolic blow to Isis but not a fatal one and that the movement is not going to go out of business any time soon.

But there is another less reassuring way of looking at the killing of Baghdadi. It may do more harm than good because he was a demonstrably disastrous leader from the point of view of his own movement. By effectively declaring war on all the world he led it to certain defeat and his elimination may be just what Isis needs to rejuvenate itself. As with those al-Qaeda bomb makers in Iraq a dozen years ago, a new Isis leader may be more dangerous because he will avoid Baghdadi’s gargantuan mistakes, relaunching the movement in a different guise and with different ways of operating.

Isis, with Baghdadi as its leader, had certain strengths: religious fanaticism wedded to military expertise, making it a formidable fighting force. It proved powerfully attractive to the persecuted Sunni Arab populations of Iraq and Syria living under challenging governments that they hated.

But under Baghdadi those same Sunni Arabs found that they were living under a nightmarish tyranny where the pettiest religious or social transgression was punished by beatings and executions. It was a state ruled by fear: I was in the former de facto Isis capital of Raqqa last year where I met Abdel Salaam, a survivor of the three long years of Isis rule. “Daesh [Isis] is in our hearts and minds,” he said. “Five-year-old children have seen women stoned to death and heads chopped off and put on spikes in the city centre.” I found the spiked railings he spoke of and they were bent forward by the weight of decapitated heads.

This is not an experience that the Sunni Arabs in Iraq and Syria want to repeat. Moreover, for all its brutality discipline, the Islamic State was unable to defend its inhabitants against their enemies or prevent the ruin of their cities and towns.

But Isis could have taken a different course – and almost did so – when its Syrian affiliate Jabhat al-Nusra took a less bloodthirsty and more flexible approach in expanding its rule between 2011 and 2013. Baghdadi promptly tried to take it over, split the movement, and ensured that the territory he controlled was true to his brutal theological vision of an Islamic state.

With Baghdadi at its head, Isis was never going to rise again, but with him out of the way it may stand a better chance of doing so in Syria and Iraq. In both countries some of the ingredients that led to the astonishing resurgence of Isis in 2011-14 are beginning to recur: the Iraqi government is grappling with protests close to a popular uprising, successful army commanders are being fired, and the Sunni Arabs are marginalised and impoverished. In northeast Syria, the successful Kurdish-US alliance against Isis is broken while Turkish and Syrian government forces are moving into the region. It is this sort of chaos in which a remodelled Isis might take root and flourish.

The death of Baghdadi may have more impact on the Isis franchises in other parts of the world where his prestige as the caliph was often greater than in the territories he ruled. Religious movements often make it easier to revere a dead martyr than a demonstrably fallible live one.

Political and military leaders around the world pretend that the decapitation of some hostile organisation or movement will solve all problems. But how much did the 1993 killing of Pablo Escobar, the Colombian cocaine king, really change anything in the cocaine business? Donald Trump’s self-congratulatory gloating over the death of Baghdadi may turn out to be equally misplaced. 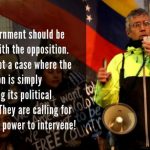 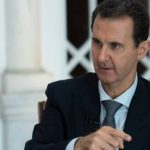