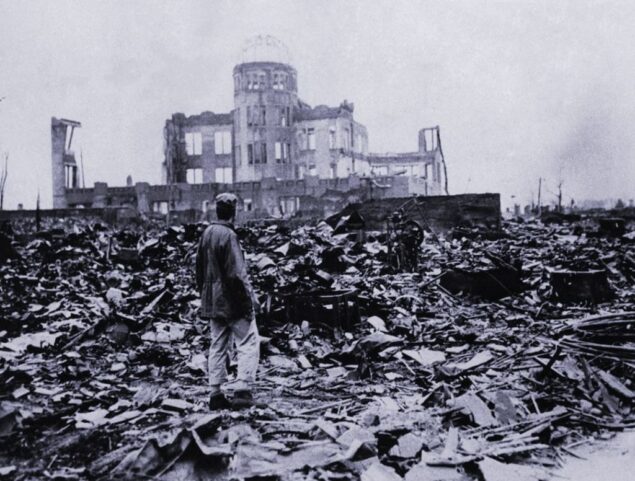 Barack Obama visited Hiroshima on May 27, 2016, the first sitting U.S. president to do so. Obama’s visit to the Japanese city revived the question of whether killing hundreds of thousands of people in Hiroshima and Nagasaki with atom bombs was a military necessity.

Barack Obama visited Hiroshima on May 27, 2016, the first sitting U.S. president to do so. Obama’s visit to the Japanese city revived the question of whether killing hundreds of thousands of people in Hiroshima and Nagasaki with atom bombs was a military necessity.

Dwight Eisenhower didn’t think so. The former president and five-star general wrote in his autobiography “Mandate for Change” that dropping atom bombs on Japan “was completely unnecessary.” Ike claimed that he said this to War Secretary Henry Stimson.

General Curtis LeMay told a Sept. 20, 1945, news conference, “The atomic bomb had nothing to do with the end of the war at all.” Even President Truman declared that dropping the bombs “did not win the war.” (“Hiroshima in America, Fifty Years of Denial” by Robert Lifton and Greg Mitchell)

A big reason why Japan surrendered was that the Soviet Army and Mongolian, Korean and Chinese allies rolled through northeastern China and all of Korea. This not only destroyed the biggest Japanese army but threatened a socialist revolution in Japan itself.

Yet talking heads at Fox News still claim that burning babies alive in Hiroshima and Nagasaki “saved the lives of U.S. soldiers” by averting an amphibious invasion of Japan.

After breaching the walls of a besieged city, Roman soldiers killed or enslaved every human being they could find. Even cats were sliced in two. Among their victims was the famous mathematician Archimedes, killed by a legionnaire after Syracuse in Sicily was overrun in 212 BCE (Before the Common Era).

At least 200,000 people, including thousands of children, were killed by the atom bombs dropped on Hiroshima on Aug. 6, 1945, and Nagasaki three days later. Even decades later people died from radiation-caused illnesses.

A diplomat from the Democratic People’s Republic of Korea told this writer that 30,000 of the people killed in Hiroshima were Korean forced laborers. Truman murdered these Korean workers held hostage by the Japanese emperor and big business.

President Teddy Roosevelt turned Korea over to the Japanese Empire in the 1905 peace treaty, signed in Portsmouth, N.H., that ended the Russian-Japanese war. Teddy got a Nobel Peace Prize for his crime.

People’s Korea has found it absolutely necessary to develop nuclear weapons to defend itself against the Pentagon. This is not only because of U.S. nuclear missiles aimed at Korea.

At least 4 million Koreans were killed during the Korean war. Using napalm and white phosphorous bombs on human flesh didn’t satisfy U.S. generals and politicians. Then Texas Congressperson Lloyd Bentsen can be seen in “The Atomic Cafe” demanding that atom bombs be dropped on Koreans.

This didn’t stop Bentsen from being the Democratic candidate for vice president in 1988 or from serving as President Bill Clinton’s first Treasury Secretary. Korea also remembers the Hiroshima holocaust.

More than 100,000 workers were mobilized by the U.S. Army’s Manhattan Project to build the death bombs. At least $2 billion was spent, which, as a percentage of the U.S. economy, is equal to $180 billion today.

The excuse for the Manhattan Project was that the U.S. had to “beat Hitler” at developing the atom bomb. This was the reason given to scientists like the young physicist and future Nobel Prize winner Richard Feynman.

But the real target of the Manhattan Project was the Soviet Union.

According to William Shirer in “The Rise and Fall of the Third Reich,” U.S. brass hats expected the Soviet Union to collapse within six weeks of Hitler’s invasion in June 1941.

The Soviet Union didn’t collapse. At a cost of 27 million Soviet lives, Nazi forces were forced back from Stalingrad to Berlin. It was the Red Army of workers and peasants that liberated Auschwitz on Jan. 27, 1945.

Despite pleas from Treasury Secretary Henry Morgenthau, War Secretary Stimson refused to bomb the railroad lines to Auschwitz that took millions of people to their death.

The Manhattan Project was Wall Street’s response to the phoenix-like resurrection of the Red Army. The U.S. and British ruling classes dreaded Soviet forces marching all the way to Paris and being welcomed by workers.

Capitalists also feared a revival of the German working class who had been crushed by Hitler.

The physicist Joseph Rotblat was present when Leslie Groves — the Manhattan Project’s director — admitted that the Soviets were the real target:

“General Leslie Groves, when visiting Los Alamos, frequently came to the Chadwicks for dinner and relaxed palaver. During one such conversation, Groves said that, of course, the real purpose in making the bomb was to subdue the Soviets. (Whatever his exact words, his real meaning was clear.)”

During World War II, Time magazine publisher Henry Luce proclaimed an upcoming “American Century.” The Pentagon was planning to confront the USSR not just with the bomb, but also with military forces numbering 16 million GIs and the biggest air force in history.

This immense power was also to be used against the Chinese Revolution and as a threat to all oppressed people.

The U.S. had half the world’s industrial capacity in 1945. President Kennedy correctly noted in 1963 that the Nazi destruction of the Soviet Union would have equaled everything in the United States east of the Mississippi River being destroyed.

But the millions of GIs whom Wall Street wanted to use against the Soviet Union wanted to go home. Even though it was still a Jim Crow army, tens of thousands of soldiers demonstrated in Paris, Manila and other cities demanding to go home. This GI revolt was the greatest gift of the U.S. working class to the world revolution— and probably the least known.

Despite billions of aid lavished on Chiang Kai-shek, the Pentagon couldn’t stop the Chinese Revolution.

The only reason that a nuclear holocaust hasn’t destroyed humankind is that the Soviet Union, at tremendous cost, was able to develop a deterrent nuclear force against a Pentagon attack.

Strategic Air Command head Curtis LeMay and Chair of the Joint Chiefs of Staff Lyman Lemnitzer both wanted to launch a nuclear first strike on the Soviet Union. In 1968 LeMay was George Wallace’s running mate during the segregationist’s fascist presidential campaign.

LeMay actually had hydrogen-bomb-equipped planes continually in the air ready to attack. Inevitable crashes happened, including one off Spain’s Mediterranean coast in 1966. It took 12 weeks and over 20 naval ships to recover the bomb.

A 1958 accident dropped a Mark 15 thermonuclear bomb off the Atlantic Coast of Georgia. It has never been recovered.

That unexploded bomb is a real threat to people in the U.S., not the small number of nuclear weapons that People’s Korea needs to defend itself. 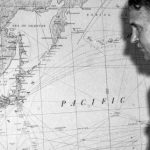 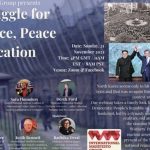