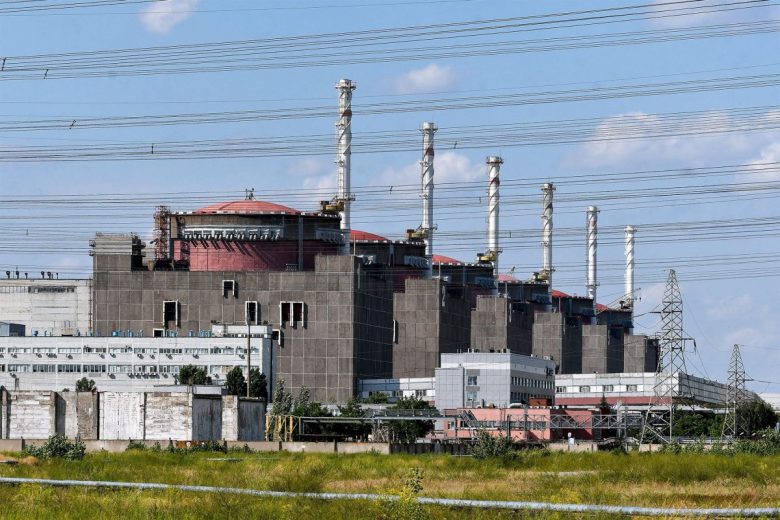 Russia has accused Kiev of carrying out “nuclear terrorism”, saying that the Ukrainian bombing of the Zaporizhzhia nuclear power plant could lead to a disaster worse than the one in Chernobyl in 1986 (the radiation released at that time reached the entire European continent)… The Zaporizhzhia nuclear power plant is the largest in Europe, generates about 20 percent of Ukraine’s electricity and has been occupied by Russian forces since 4 March. An explosion at the plant could have ten times the impact of the Chernobyl explosion.

Russia has accused Kiev of carrying out “nuclear terrorism”, saying that the Ukrainian bombing of the Zaporizhzhia nuclear power plant could lead to a disaster worse than the one in Chernobyl in 1986 (the radiation released at that time reached the entire European continent).

In a striking display of unprecedented and criminal irresponsibility and adventurism, the “collective West ” (G7 and EU) called on Russia to withdraw from the plant, arguing that the risks of something happening stem from its occupation by the Russians and not from its bombing by the Ukrainians – who would never act, by the way, without the approval of Western intelligence agencies, military advisors and NATO.

The Zaporizhzhia nuclear power plant is the largest in Europe, generates about 20 percent of Ukraine’s electricity and has been occupied by Russian forces since 4 March. An explosion at the plant could have ten times the impact of the Chernobyl explosion.

According to the General Director of the International Atomic Energy Agency, Rafael Mariano Grossi,”the bombing of Europe’s largest nuclear power plant highlights the very real danger of a nuclear disaster that could threaten public health and the environment in Ukraine and beyond.”

Ukraine and the western media, which have long ago been transformed – in their vast vast majority – into simple instruments of NATO’s increasingly dangerous and adventurist policy, are now claiming that the Russians are bombing the plant! But even a small child understands that it would be rather strange for the Russians to bomb the plant they themselves occupy.

The UN and its agencies such as the IAEA have so far not named the side bombing the plant, but they continue to express deep concern about what is happening. The head of the International Atomic Energy Agency has indicated that he is willing to lead a mission to Zaporizhzhia to inspect the nuclear plant’s safety but, for unknown reasons, such a mission has not been able to visit the plant. The Russians, however, are making constant public appeals to the United Nations to send the mission.

Similar calls for the mission to finally take place have been repeatedly launched by the UN Secretary-General Antonio Guterres himself.

The question therefore arises: who does not want this mission?

Do some extreme forces, seeing the impasse which their politics in Ukraine have reached, want to change the agenda with a large-scale provocation, the responsibility for which they will surely attribute to Russia through the almost total control of the western media.

If so, they need to act quickly as, among other things, more and more “cracks” from inside, Amnesty International and western journalists, are appearing in the official pro-Zelensky narrative, while August is also considered an ideal month for major provocations.

According to the latest Amnesty International report and a number of journalists’ reports the Ukrainian army is using civilians as human shields, it is placing artillery units next to schools and hospitals, it is bombing civilian targets, including water, electricity and gas installations, using the weapons supplied by NATO states as well as mines banned by the Ottawa Convention against civilians.

If the Kiev regime – under the direct supervision and control of the US and NATO – is doing all this in its own country, how far is it disposed to go?

We have been pointing out for a long time the existence of an extremist “Black International” within the Western system, acting with the methods of “entryism”, provocations and the creation of faits accomplis, in order to push the whole western system of power in its preferred direction.

This tendency is responsible for all the wars in the Middle East, for the overthrow of the entire arms control regime installed in the world 30 years ago and for the crisis in Ukraine. They tried to provoke a US invasion of Syria in 2013 and – repeatedly – to provoke a war against Iran. We hope they have nothing to do with COVID.

Their strategy is to spread war and chaos, hoping that in this way they will preserve Western domination on the planet. It is the Wolfovitz, Jeremiah, Huntington scenario.

They will not succeed in assuring western domination, but they can, if they try hard enough, blow up the world.

Under the actual circumstances we are living through, the determined opposition to NATO’s war against Russia, China and anyone else considered as a “threat” to the political-economic interests of the Western ruling classes becomes synonymous with the struggle for the salvation and survival of humanity. 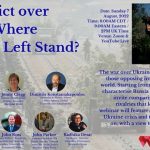 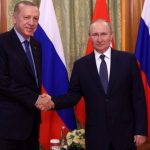