Who is really driving the slump of the Turkish lira? 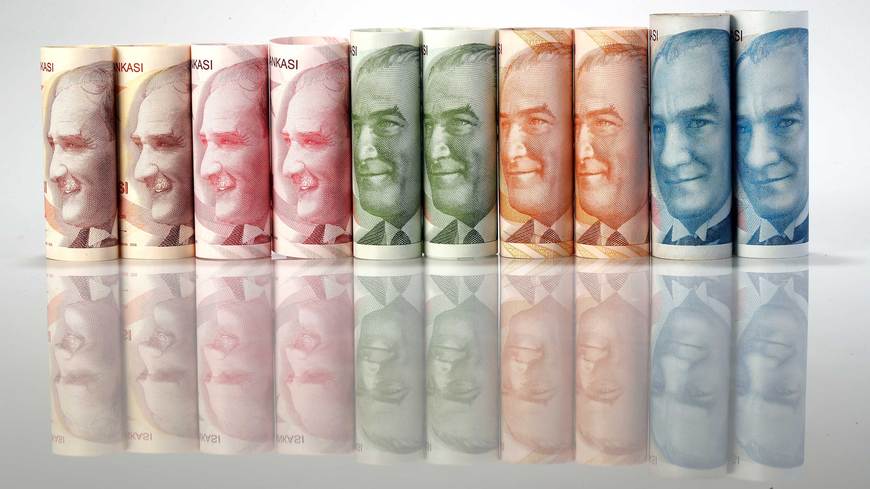 The Turkish Lira’s slump is often blamed on the flight of foreign investors. But official data indicate that growing distrust in the currency stems largely from domestic actors.

As Turkey heads to crunch presidential and parliamentary elections next month, volatilities in foreign exchange prices, seen as a major economic barometer, are shaping economic forecasts for both the pre-election and post-election periods.

Since the beginning of the year, the Turkish lira has lost some 10% of its value against the dollar, with the price of the greenback reaching up to 4.3 liras. This means that Turkey’s foreign-exchange liabilities have been swelling in terms of Turkish liras, fueling anxiety and panic among economic actors. In the broader context, lack of confidence in the lira means lack of confidence in the country’s economic management.

The more the supply of foreign exchange shrinks, the more prices increase. Structural reasons for this include that Turkey’s foreign exchange shortage owes to the inadequacy of industries that earn foreign exchange, and the country’s reliance on imports, meaning Turkey needs to borrow to cover external deficits. Unlike previous years, however, the flow of external funds, including loans, has significantly slowed.

With domestic actors struggling to roll over external debts and some creditors pulling out of Turkey, confidence in the lira at home has been waning, fueling a flight to hard currencies, namely the dollar and the euro. Thus, a mounting demand for foreign exchange amid a shortage in supply has kept fueling hard currency prices.

In explaining recent currency depreciations in emerging countries, some in the international media cite the flight of foreign investors as the primary reason. One argument, for instance, goes that the US Federal Reserve’s rate hikes have been luring funds out of emerging countries and that Turkey could be next in line to take a hit from the flight after Brazil.

In some cases, however, the flight of foreign investors could be an overstated explanation that ignores the increase in domestic demand for foreign exchange. As Turkey’s case demonstrates, domestic factors are sometimes more forceful in swaying the trend. Existing data offer little support to claims that the foreigners’ flight has been the main trigger pushing foreign exchange prices up.

Two sets of statistics by the Turkish central bank offer clues to how foreign investors behave. The first is a weekly one that monitors foreign investments in the stock market and sovereign bonds. Then, in its monthly balance of payments data, the central bank offers figures on the traffic of foreign funds, including direct investments and inflows to and outflows from short-, medium- and long-term debt. Here, the traffic in monthly portfolio investments bears the most on foreign exchange prices.

The weekly data on foreign investments in stock shares and sovereign bonds offer no sign of a palpable flight this year. The figures do point to outflows in certain weeks, but they are offset by inflows. In the first four months of the year, the overall outcome is a net inflow of nearly $1.1 billion.

When it comes to the balance of payments, figures are currently available for January and February. The data on short-term portfolio investments offer no indication of a foreign flight either; on the contrary, it speaks of an inflow of $4.7 billion. Compared with previous years, the inflow of foreign investments has slowed down, yet the central bank’s data hardly back the argument of a foreign investor flight fueling foreign exchange prices.

Hence, it would be fair to say that the main dynamic affecting hard currency prices is internal. That is, domestic economic actors, from small savers to big companies, have been abandoning the Turkish lira in favor of the dollar and the euro, which they see as a safe haven.

The flight from the lira is reflected in the increasing amount of foreign exchange deposits in Turkish banks. In April, they stood at $202 billion, or 43.3% of total deposits. Despite some fluctuations, this share has been on the rise since 2013. Foreign exchange deposits accounted for about 32% of total deposits in April 2013 before the hard currency jitters began. By 2016, their share reached 41.4%, and, last year, when hard currency prices rose by 22%, the figure hit 43.1%.

The domestic confidence problem is reflected also in the economic confidence index, based on surveys conducted regularly by the central bank and the Turkish Statistical Institute. The index, which is essentially a summary of economic appraisals, expectations and trends among consumers and producers, fell to 98.3 in April, a 2% decrease from 100.2 the previous month. The decrease stemmed from falling confidence indices in the retail, manufacturing, services and construction sectors.

Can the June 24 elections help overcome the confidence problem?

No doubt a new government bolstered by popular blessing would remove some uncertainties. Still, the period of “wait and see” is likely to be protracted, given that the political power equation has become rather complex ahead of the elections, giving rise to multiple possibilities of how Turkey’s political structure could shape up after the polls. Moreover, municipal elections, scheduled for March 2019, are likely to emerge as another obstacle in clearing the economic fog.

Mustafa Sonmez is a Turkish economist and writer. He has worked as an economic commentator and editor for more than 30 years and authored some 30 books on the Turkish economy, media and the Kurdish question.