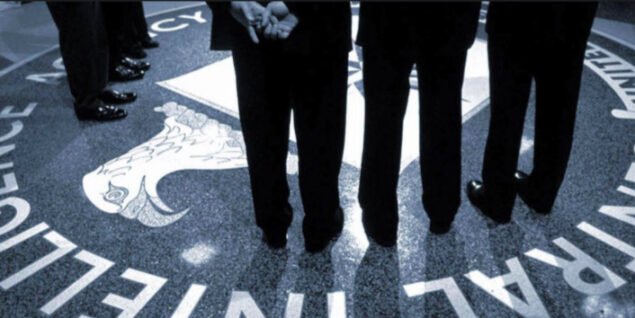 In a White House ‘Background Press Call by Senior Administration Officials on the Fight Against Corruption’, a Biden administration official admitted that the CIA and other parts of the U.S. intelligence apparatus were involved in assisting the “War on Corruption” which jailed former president Luiz Inacio Lula da Silva and elected Jair Bolsonaro.

In a White House ‘Background Press Call by Senior Administration Officials on the Fight Against Corruption’, a Biden administration official admitted that the CIA and other parts of the U.S. intelligence apparatus were involved in assisting the “War on Corruption” which jailed former president Luiz Inacio Lula da Silva and elected Jair Bolsonaro.

The admission will come as an embarrassment to a media who has for the most part omitted, minimised or denied U.S. involvement in anti-corruption actions across Latin America, despite it being a matter of public record for years.

In July 2017, Acting Assistant Attorney General Kenneth A. Blanco gave a speech at NATO think tank the Atlantic Council in which he bragged of FBI personnel informally involved in Brazilian anti-corruption operation Lava Jato and its prosecution of former president Lula. FBI personnel involved later boasted that it had “toppled presidents“. Lava Jato prosecutor Deltan Dellagnol described Lula’s 2018 arrest which kept him out of the election he was on course to win, as “a gift from the CIA“. The judge who prosecuted Lula, Sergio Moro, became Bolsonaro’s Justice Minister, and both made an unprecedented visit to CIA headquarters in Langley within months of taking office. Lava Jato’s origins can be traced back to 2008/09, where Moro and a blueprint for an operation of its type appear in State Department cables.

The role of anti-corruption as U.S. foreign policy tool in Latin America has expanded since the 1990s, and has continued through successive Democrat and Republican administrations. Lava Jato was central to the ouster of president Dilma Rousseff, and the election of Jair Bolsonaro, which were both undeniably advantageous to the United States government, and to its business/banking sector, which is represented in Latin America by think tank and lobby Council of the Americas.

The June 3 press call was to mark a new national security study memorandum or NSSM on the U.S. fight against corruption internationally, which is being renewed under the Biden administration, and held by unnamed “senior administration officials”.

The following exchange left little to the imagination.

Journalist: “As you know, anti-corruption activists periodically urge the U.S. government to use its various assets and capabilities, including the intelligence community, to expose specific cases of corruption overseas, to name and shame corrupt officials — and the arguments they make are familiar — but also include not only, you know, a deterrent to corruption, but also a possible contribution to the promotion of democracy. Does the does the memorandum — does the program include any component that connects with that?”

Senior Administration Official: “What I can say on that front is that the memorandum includes components of the intelligence community. So, the work on that front, in part, remains to be seen, but they are included — the Director of National Intelligence and Central Intelligence Agency.”

“And so we’re just going to be looking at all of the tools in our disposal to make sure that we identify corruption where it’s happening and take appropriate policy responses.”

“And I’ll take the opportunity to mention that we’re also going to be using this effort to think about what more we can do to bolster other actors that are out in the world exposing corruption and bringing it to light.”

“So, of course, the U.S. government has its own internal methods, but, largely, the way that corruption is exposed is through the work of investigative journalists and investigative NGOs.”

“The U.S. government — to my point earlier, in terms of the support we’re already providing — in some instances provides support to these actors. And we’ll be looking at what more we can do on that front as well.”

The journalist asked for clarification: “What does the word “support” mean in that context?”

Evidence of the very nature that the official describes above has been dismissed by supporters of partisan anti-corruption campaigns for years.

The official was asked by a journalist specifically about Vice President Kamala Harris’s upcoming trip to Latin America, and: “if there were any corruption measures associated with that, or any, sort of, additional push related to that?”

The unnamed official responded: “I’m not going to characterize the views of the prior administration, but I would say, to your point: The essence of the memorandum we’re going to release today is that the U.S. government is placing the anti-corruption plight at the center of its foreign policy, so we very much want to prioritize this work across the board.”

The latest admission of CIA involvement in the U.S. led “fight against corruption”, of which Operation Lava Jato (Carwash) was the high-profile centrepiece, has grave implications for Brazilian democracy, and that of wider Latin America.

Brasil Wire has been covering this subject in depth since 2015: All articles on Lawfare in Brazil and U.S. involvement in it, 2015-2021. 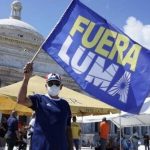 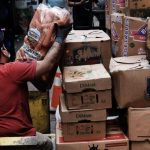