‘… Egid called to say he had lost all hope. He seemed upset, explaining that while he and his family are okay right now, he doesn’t know what will happen in a few weeks’ time.

Town of Yüksekova in eastern Turkey mourning one of the 32 left-wing activists killed in the July 20, 2015 suicide bombing in Suruç, eastern Turkey (Alex Kenman)

‘They are expecting the Turkish military to come soon, after the snow has melted, to do to Yüksekova what they already did to Cizre, Sur, Sirnak, Nusaybin and all those other places: “To wipe out all terrorists.” They fear they will be trapped inside their houses, with no food, medical care, media, or observers, and that they will risk getting killed whenever they step outside. In English, this situation is translated as a “curfew”, but that’s not the right word to describe the situation. It’s a military siege…’

Go to the weblink above to see the full photo essay by Alex Kenman. 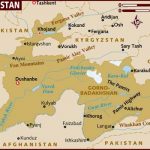