When does incompetence turn into a crime? This is the question we should be asking as government fails again 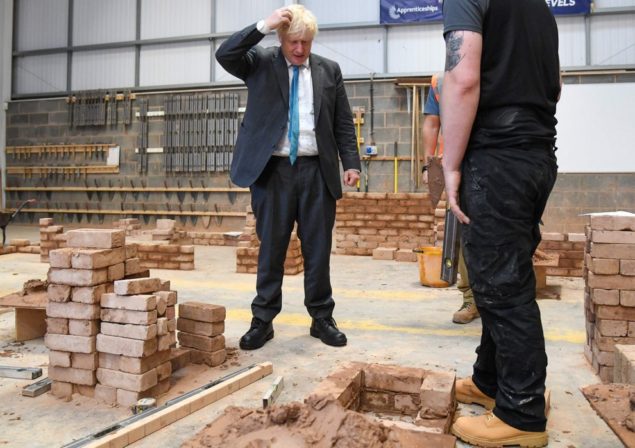 Is Patrick Cockburn correct when he says there is no chance of the UK containing the spread of coronavirus with Boris Johnson and his crew zig-zagging and blundering so spectacularly, or as many are now suggesting, could their supposed incompetence actually be something more sinister?

I was in Baghdad in 1998 during US airstrikes, watching missiles explode in great flashes of light as they hit their targets. There was some ineffectual anti-aircraft fire, the only result of which was pieces of shrapnel falling from the sky and making it dangerous to step outside the building we were in.

To my surprise I saw a reporter, a friend of mine with long experience of war, crawling into the open to use a satellite phone that would not work inside. When he returned, I said to him that it must have been a very important phone call for him to take such a risk. He laughed bitterly, explaining that the reason for his call was that his paper in the US had demanded that he contact some distinguished “expert” in a think tank in Washington to ask him about the air attacks.

Despite my friend being a highly informed eyewitness to the events he was describing, his editors insisted that he access the supposed expertise of the think tanker thousands of miles away. A more covert motive was probably to spread the blame if the reporter on the spot expressed criticism of the airstrikes.

I recalled this story when watching Boris Johnson and his ministers interact with his medical and scientific experts, Chris Whitty and Sir Patrick Vallance, sometimes deferential, sometimes dismissive. Naivety and calculation are at work here. Politicians grappling with crises, be it a war or a pandemic, are frequently over-impressed by experts with the right bedside manner and a command of the technical jargon. They are less good, and the same applies to the media, in knowing if this apparent expertise has real practical value in averting some pressing danger. Often it does not. A doctor or an academic specialist may know a lot about how the virus operates inside the body, but have no idea and no experience of how to stop it spreading from person to person in an epidemic. This is quite a different skill.

Politicians are feckless in choosing the right experts, in part because they may be out of their depth in a crisis. There is nothing wrong with this, so long as they plug into the expertise of somebody who really does know what to do and how to do it. Governments often pick the wrong expert out of simple ignorance and because he or she is there primarily to beef up the government’s credibility and provide a scapegoat in case things go wrong.

This strategy worked well enough from the government’s point of view during the first lockdown in Britain, but it is now crashing in flames as the scientists refuse to provide political cover for failed policies.

The manifesto of the mutiny is the Sage memo of 23 September, published this week, which recommended a circuit-breaking lockdown to prevent “a very large epidemic with catastrophic consequences”. Rejection of this recommendation by the government understandably got all the headlines, but towards the end of the memo there is an extraordinary admission that is surely more important than the row about circuit-breaking measures and the different regional lockdowns.

The justification for both is that they provide a pause button, which temporarily holds back the epidemic until a vaccine is discovered – which may be a long time coming. More immediately, closing down all or part of the country is supposed to win time so that an effective Test, Trace and Isolate (TTI) system can be put in place to prevent a resurgence of the virus.

This system was supposed to be at the heart of Britain’s response to coronavirus and the government is spending £12bn pounds on it. Ministers admit to its failings, but portray them as teething problems inevitable in such a big organisation created in such a short space of time. But look at how Sage, which has detailed knowledge of how TTI is really working, dismisses its performance in a single lumbering but damning sentence. This says that “the relatively low level of engagement with the system […] coupled with testing delays and likely poor rates of adherence with self-isolation suggests that the system is having a marginal impact on transmission at the moment.” Moreover, unless the system grows at the same rate of the epidemic, which it has since failed to do, then “the impact of Test, Trace and Isolate will further decline in the future”.

The grim significance of this judgement cannot be over-stressed since it means that the flagship of the Johnson government’s response to the epidemic has already capsized. And there is nothing mysterious about the cause of the TTI shipwreck, which stems from unforced and foreseeable errors by Johnson and his ministers. Many governments get it wrong when trying to choose between experts who know what they are talking about and those that do not. But in deciding to create a massive test and trace apparatus earlier this year, the government took the self-destructive decision to put this highly specialised business into the hands of amateurs with no experience.

Instead of relying on experienced public health experts with a successful record in finding, containing and isolating people infected with HIV and TB, the government handed the project over to the private sector, pouring great sums of money into the creation of a new but, in Sage’s judgement, dysfunctional system. Documents released by the Department of Health and Social Care after a Freedom of Information Act request from Sky News, explains why so much was spent for such small returns. No less than 1,114 consultants from Deloitte, few of whom are likely to be public health experts, are now employed by the government to organise Test, Trace and Isolate with each of them earning a daily fee of up to £2,360. Other consultants, such as those working for the Boston Consulting Group, are even more munificently rewarded, earning as much as  £7,000 a day or £1.5m a year.

The failure of NHS Test and Trace to cope with the second wave of the epidemic, as predicted by Sage, is already with us with only 62.6 per cent of those testing positive for coronavirus being contacted so that they can be told to isolate.Not that it would do much good if the call centres reached more people according to a King’s College London survey showing that only 18 per cent of those infected are isolating.

The moment when Britain might have successfully contained the coronavirus has probably passed. This would have been very difficult but not impossible, and it could only have been carried out successfully by a government of real competence, energy and expertise. There was no chance of this being done with Boris Johnson and his crew zig-zagging and blundering so spectacularly that their antics would provide rich material for a Gilbert and Sullivan comic opera, except that there is nothing funny about the unnecessary deaths of so many people. Nor is there any sign that they have learned from their mistakes. As one German statesman asked despairingly of a general during the First World War who wanted to press on with some calamitous offensive: “Where does the incompetence end and the crime begin?”