If Guaidó can be named as Venezuela’s president by a group of outside nations, then why not do the same for the U.S.? Freeland should assemble the Lima Group and recognize Barack Obama as the interim acting U.S. president until their election in November.

In early May, we had that bizarre little incident wherein a handful of mercenaries attempted to overthrow the Venezuelan government. The 60 or so would be “liberators” were easily defeated by security forces loyal to President Nicolás Maduro, with eight killed and the remainder captured. Among these captured were two ex-American Special Forces operatives who worked for the Florida-based security firm Silvercorp.

The president-founder of Silvercorp is Canadian-born Jordan Goudreau, who served a stint in the Canadian Armed Forces before joining the U.S. military to become a Special Forces operative.

Goudreau did not take part in the actual attack, but he did announce the attempted coup d’état on May 3 before the raid began. Once the attempted liberation devolved into a chaotic botched fiasco, our good man Goudreau told the media that he had been contracted by Juan Guaidó to overthrow Maduro.

To prove his point, Goudreau produced a contract complete with Guaidó’s signature dated October 2019. In exchange for US$213-million, Silvercorp was to invade Venezuela and overthrow Maduro.

The comical ending to the Silvercorp coup attempt is embarrassing for Canada because Guaidó is the man that Canada chose to be the president of Venezuela. Guaidó never ran in a presidential election, but when the voters of that country re-elected Maduro to a second term in 2018, outside countries did not like the outcome.

Under the direction of then-minister of global affairs Chrystia Freeland, Canada formed a collection of 14 American States, which has become known as the Lima Group.

If that is how we are doing things these days, why not set our collective sights on the U.S.? During the COVID-19 crisis, Donald Trump has become increasingly unhinged and the American people are suffering dire consequences as a result of his demented leadership. Case in point, at a recent press conference Trump suddenly blurted out that he has been taking the anti-malaria drug hydroxychloroquine as a preventive measure to ward off COVID-19.

While the media broadcast his stated claim, the fact is that virtually nobody believes he was telling the truth. There is no proven science that hydroxychloroquine protects against COVID-19, but it is known to have harmful side effects for patients that are obese or have heart conditions. Trump is obese and has a heart disease, say some medical observers. No doctor would let him take the drug.

On May 20, Trump doubled down on the lie when he told reporters that he would stop taking hydroxychloroquine in two days because that is when its two week “regimen” would be up. Hydroxychloroquine is a prophylactic drug not an antibiotic—it does not have a “regimen,” meaning it only works when you take it.

The majority of the “fake news” during this pandemic has come from the mouth of the POTUS. As late as March 1, he was telling Americans that the virus was a Democrat “hoax.” He also stated that it would go away by itself in the warmer weather, he mused about ingesting bleach as a possible cure, he refuses to wear a mask even while touring a mask-making plant, and now he is bragging that it is a “badge of honour” for the U.S. to be leading the world in all statistics: the most tested, the most cases, and the most deaths.

Maduro may be a bad hombre but I do not think he has ever boasted that he succeeded in leading the world in dead Venezuelans.

If Guaidó can be named as that country’s president by a group of outside nations, then why not do the same for the U.S.? Freeland should assemble the Lima Group and recognize Barack Obama as the interim acting U.S. president until their election in November. At least Obama was once elected president by the American People.

However, we all know that this will never happen, even though Trump’s continued presidency threatens the entire world. Which makes it all the more puzzling that Canada would still be leading the way to interfere in Venezuela’s politics.

Military coups are not a democratic process.

Scott Taylor is the editor and publisher of Esprit de Corps magazine. 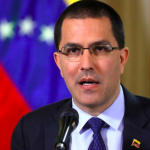 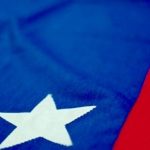