Whatever Happened to the Russia-gate ‘Scandal’? 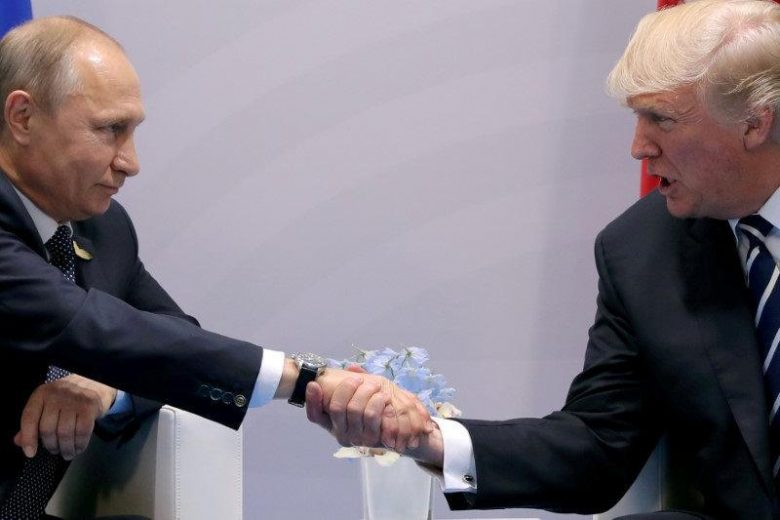 As the title of this post suggests, Justin Raimondo speculates on what happened to the Russiagate “scandal” during the US 2018 midterm elections. According to him, “It fizzled, bigtime.”

After all the screaming headlines and hysterical talk of “treason,” the Russia-gate hoax was almost entirely absent from the midterms. One would think that the other party being in the hands of a ruthless foreign dictator who has it in for America would be a major campaign issue – that is, if the Democrats actually believed their own propaganda. However, we’ve seen neither hide nor hair of Putin in all those campaign ads, or at least hardly a glance: that’s because Russia-gate has always been a fraud, a setup, and really a criminal conspiracy to take down a sitting US President on the basis of a gigantic lie.

As the promulgators of that lie are exposed – the Deep State amalgam that includes foreign intelligence agencies as well as Trump’s domestic opponents – Democrats are backing away from what has suddenly become, for them, a very messy narrative. For what has happened is that the narrative has turned on them, and now implicates them in a massive scheme to embroil the Trump campaign in a web of foreign influencers.

The campaign to penetrate the Trump campaign appears to have been initiated abroad as much as it was started by the Clinton campaign – who inherited the operation from a very mysterious Republican donor after the GOP primaries. The “former” MI6 agent Christopher Steele, now working for an ostensibly independent spy network, didn’t consider the job of digging up dirt on Trump just a normal job: he was passionately dedicated to stopping Trump from ever reaching the White House. One can easily impute the same motivations to the little group that took it upon themselves to break into the Trump campaign and put it under surveillance, all of them attached to British intelligence:

That’s just the tip of the iceberg: the “intelligence community” has its tentacles everywhere, and while this has always been the case today our spooks are getting more brazen than ever before. As an indication of their evolution from government agencies charged with protecting the country into a coherent and very organized political force, a good number of these former agents ran as Democratic candidates for Congress on a platform of hurt feelings. “As someone who is from the intelligence community,” former spook and Democratic congressional candidate Elissa Slotkin whines, “it is worrisome the way that President Trump has demonized the institutions where people are working hard every day to keep us safe.” The American reverence for the military doesn’t extend to the clandestine services: the public knows too much about their history of dirty tricks, assassinations, and regime-change antics abroad to trust them much on the home front.

Slotkin’s lament is part and parcel of the great ideological shift when it comes to matters of national security: it is the Democrats who are now the party of militarism, which is the natural corollary of the globalist mentality that drives the “progressive” agenda. These candidates, however, are operating at a disadvantage, as Russia-gate proves to be a mirage and Robert Mueller continues to produce a bunch of low-level indictments that have nothing to do with Russian “collusion.”

The polling on the Russia-gate “scandal” puts it somewhere between the 49th and the 100th concern of voters, a number that dramatizes the great gulf that has opened up between ordinary folks and the political class. The former are barely aware of Russia-gate: even now, all knowledge of it is fading from their memories. The latter have been obsessed with Russia-gate for two solid years – and now, when the narrative has all but fallen apart and the only people left at the party are Louise Mensch and some guy who keeps saying “It’s time for some game theory!”, will once respectable outlets like The New Yorker admit that they have covered themselves in shame?

A NOTE TO MY READERS: I apologize for this rather short column, but I am still recovering from an unfortunate relapse that has made it hard for me to do anything, let alone write. This glitch was due to a change in my medication, which has now been corrected. However, this also means I’m back to square one: the heavy chemotherapy in addition to the Keytruda. I’m making a lot of progress recently and I expect to continue to improve. Meanwhile, bear with me: the best is yet to come.

NOTES IN THE MARGIN

You can check out my Twitter feed by going here. But please note that my tweets are sometimes deliberately provocative, often made in jest, and largely consist of me thinking out loud.

I’ve written a couple of books, which you might want to peruse. Here is the link for buying the second edition of my 1993 book, Reclaiming the American Right: The Lost Legacy of the Conservative Movement, with an Introduction by Prof. George W. Carey, a Foreword by Patrick J. Buchanan, and critical essays by Scott Richert and David Gordon (ISI Books, 2008).

You can buy An Enemy of the State: The Life of Murray N. Rothbard (Prometheus Books, 2000), my biography of the great libertarian thinker, here.

Justin Raimondo is editor-at-large at Antiwar.com, and a senior fellow at the Randolph Bourne Institute. He is a contributing editor at The American Conservative, and writes a monthly column for Chronicles. He is the author of Reclaiming the American Right: The Lost Legacy of the Conservative Movement [Center for Libertarian Studies, 1993; Intercollegiate Studies Institute, 2000], and An Enemy of the State: The Life of Murray N. Rothbard [Prometheus Books, 2000].