By Ivan Katchanovski, published on his Facebook page, Jan 26, 2016

Introduction by New Cold War.org:  Western media as well as academia are ignoring and not reporting what the ongoing trials and investigations by Ukrainian police and judiciary are revealing about the long trail of murder and mayhem by the extreme-right in Ukraine during and after the ‘Maidan’ protests of late 2013 and early 2014. The reason they would ignore this is evident: the trail of violence puts the lie to the fairy-tale presentation of the Maidan movement as a heroic, popular movement struggling against a terrible and domineering Russia; and the true events show the NATO military intervention in Ukraine and eastern Europe to be the threatening and predatory intervention that it is. Western media report the NATO intervention in the manner of simple cheerleaders. 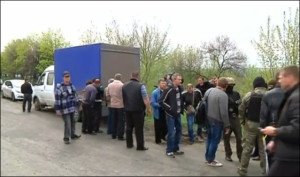 Ottawa academic Ivan Katchanovski is devoting considerable time and effort to following the investigations of the extreme right in Ukraine and its collusion with the Ukrainian government. Despite being shunned by Western media, his work continues and is gaining recognition. Enclosed is some of his recent reporting.

The subject of why Ukrainian police and judicial authorities feel compelled to investigate the crimes of the government’s erstwhile, extreme-right political allies is a fascinating story in itself. It is beyond the scope of the enclosed report.

Unreported Ukrainian court decisions link the Right Sector to the Maidan massacre and an Orthodox Easter attack in 2014 which led to a major escalation of the conflict in Donbas.

Several recent Kyiv court rulings suggest that the Right Sector leadership or its covert armed unit involved in the Orthodox Easter attack in Donbas are now being investigated by the General Prosecutor Office of Ukraine as suspects in killings of Berkut policemen and Internal Troops servicemen on February 18-20, 2014. These decisions by the Pechersk district court judges in November and December 2015 appeared in the publicly accessible official online database of court decisions in Ukraine, but they have not been reported by the government and the media in Ukraine and in the West.

Unreported Ukrainian court decisions also show that the Prosecutor General Office is now investigating the UNA-UNSO, one of the founding members of the Right Sector, for killings of three first protesters in the end of January 2014, including an Armenian protester and a Belarusian member of UNA-UNSO, and for murdering another protester by cutting his throat on February 18, 2014. The ‘Winter on Fire’ documentary, which is nominated for an Oscar in the documentary category, prominently features killing of Serhiy Nigoyan, this Armenian protester, and attributes his killing and killings of other protesters to the police. I’ll summarize these cases in a separate post. http://reyestr.court.gov.ua/Review/52580547 http://reyestr.court.gov.ua/Review/52580748

The Pechersk court decisions state that the investigation found that two wounded attackers of a separatist [sic] checkpoint near Sloviansk in Donbas at 2:00am on April 20, 2014 used the same weapons which were used to kill two Internal Troops soldiers and wound three policemen on Maidan on February 18, 2014.[1]

Dmytro Yarosh, the leader of the Right Sector, said in his interview with BBC Ukraine a year after this attack said that his first battle was during the Orthodox Easter on April 20 [2014] near Sloviansk. http://www.bbc.com/…/pol…/2015/02/150211_yarosh_interview_vs
The attack on a separatist checkpoint near Sloviansk was the only fighting on that day in the Sloviansk area. This attack broke the Easter ceasefire between the Ukrainian government and separatists, including a Strelkov-led Russian nationalist armed unit which seized control over this town several days before. It also broke the Geneva accord, reached on April 17, and attempts by the OSCE to negotiate a peaceful resolution of the separatist conflict in Donbas. This attack by the Right Sector, a far right alliance of radical nationalist and neo-Nazi organizations, constituted a major escalation of the conflict in Donbas. At least two local separatists manning the checkpoint and one of the Right Sector attackers were confirmed killed. The killed attacker was later listed as a killed member of the fifth battalion of the Volunteer Ukrainian Corps of the Right Sector on a VK page of this battalion.
http://archive.is/4a5bM

An eyewitness reported that a sniper killed one of the separatists at the checkpoint. Expanding bullets of the 7.62mm caliber, which are used by the AKM and hunting carbines based on the Kalashnikov assault rifles, were recovered after this Right Sector attack of the separatist checkpoint. http://www.reuters.com/…/us-ukraine-crisis-idUSBREA3A1B5201…
https://www.youtube.com/watch?v=9J3bp6Ml4ag The same caliber expanding bullets were used to kill protesters and the police on the Maidan. However, the official investigations of killings of the police and the Maidan protesters are separate, in spite of various evidence, such as same type bullets and similar wounds reported by medics, suggesting that both the police and the protesters were killed by the same covert shooters from the Maidan-controlled buildings and areas. The same concerns pellets, hunting bullets and 9mm caliber bullets, which are used in Makarov handguns, from which both the police and protesters were killed.

The Western governments and the media, like in the case of the Maidan massacre, ignored or dismissed evidence of the Right Sector involvement in the Sloviansk attack and stated instead that the responsibility for the attack was unclear and referred to a possibility of a false-flag attack by the Russian Military Intelligence.
http://www.reuters.com/…/us-ukraine-crisis-idUSBREA3A1B5201…
http://www.thestar.com/…/truth_a_victim_of_deadly_ukraine_c…
http://www.theguardian.com/…/ukraine-agreement-falters-shoo…
http://www.smh.com.au/…/ukraine-crisis-business-card-proof-…
http://euromaidanpress.com/…/sloviansk-shooting-victim-id…/…

Comments on my Facebook page and in Facebook groups devoted to the study of Eastern Europe and the Ukrainian far right on April 20, 2014 suggested that the absolute majority of experts on Ukraine and the Ukrainian far right active on the social media shared similar views concerning this attack as the ‘official’ claims, while few experts concurred at that time with my analysis of the Right Sector involvement.

In addition, there is also unreported investigation of involvement in the Maidan massacre of two arrested robbers of a jewellery store in Kremenchuk in May 2015. The court decisions reveal that one of these robbers, who wounded two people during this robbery attempt, had a Makarov handgun whose number matches the number of one of Makarov handguns taken during a seizure by the Maidan protesters of the Security Service of Ukraine (SBU) regional headquarters in Ivano-Frankivsk Region on February 18, 2014. The court decision cites the Prosecutor General Office investigation stating that this handgun used during the robbery could have been used to shoot police during the Maidan massacre on February 20, 2014.
http://reyestr.court.gov.ua/Review/53416626

The names of these two suspects are not made public, but they stated during the robbery that they fought in undisclosed Ukrainian formations during the war in Donbas. https://www.youtube.com/watch?v=OqC9SfQZQcw

Hennadii Moskal, the governor of the Transcarpathian Region, has stated that a handgun which was confiscated from one of Right Sector activists during their recent attack on a ski resort in this Western Ukrainian region was taken during the same seizure of the Security Service of Ukraine office in Ivano-Frankivsk on February 18, 2014. A report by the special parliamentary commission, which was headed by Moskal, concluded that it was very likely that the policemen were shot during the Maidan massacre from firearms and ammunition that were seized by protesters from the police, internal troops, and SBU offices and arsenals in Western Ukraine on February 18 and 19, 2014. These weapons included 1,008 Makarov handguns, 59 AKMS (folding 7.62 caliber Kalashnikov assault rifles), two SVD sniper rifles, and various other rifles and shotguns. Their whereabouts previously remained unknown or were not disclosed. http://www.carpathia.gov.ua/ua/publication/content/12885.htm

The new revelations from the Prosecutor General Office of Ukraine investigations corroborate findings of my American Political Science Association conference paper concerning the involvement of the Right Sector in the Maidan massacre [see note below]. http://papers.ssrn.com/sol3/papers.cfm?abstract_id=2658245
The same concerns findings of my Canadian Institute of Ukrainian Studies and the Canadian Association of Slavists conference papers, which concluded that the far right, specifically the Right Sector, played major roles in the Maidan massacre, the start of the civil war in Donbas, and de facto break-up of Ukraine. https://www.academia.edu/…/The_Separatist_Conflict_in_Donba…
https://www.researchgate.net/…/280114848_The_Far_Right_in_U…

I mention them because these studies were often singled out for attacks or dismissed because of their findings which went against standard narratives by the governments and the mainstream media in Ukraine and the West and prevailing views among academic researchers. A book chapter summarizing my Maidan massacre study and an advanced online version of a journal article based on my CIUS conference paper on the war in Donbas are scheduled for publication within the next few weeks. http://www.tandf.net/books/details/9781138924093

Notes by New Cold War.org editor:
[1] New Cold War.org does not share Ivan Katchanovksi’s description of the pro-autonomy movement in Donbass (eastern Ukraine) as “seperatist”. We view the movement as a legitimate movement of popular self-defense against the violence of the government of Ukraine and its allied, extremist paramilitary legions as well as a movement of political self-determination.

[2] A selection of the writings of Ivan Katchanovski are compiled on the ‘Articles by author’ feature on the home page of the New Cold War.org website. This includes his authoritative, 79-page paper, ‘The Snipers’ Massacre on Maidan (updated, Sept 2015). 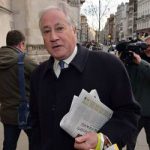 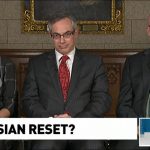