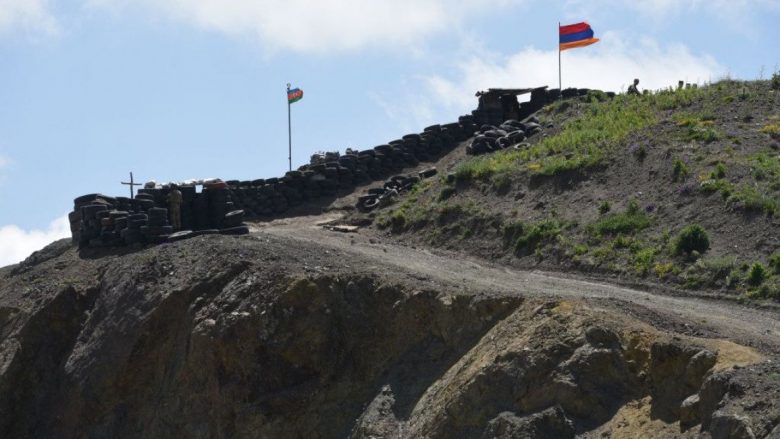 Azerbaijan and Armenia have been repeatedly locked in a dispute over Nagorno-Karabakh since the breakup of the USSR. In this article, Conor Gallagher contends that the most recent hostilities have not so much to do with Nagorno-Karabakh because these latest attacks by Azerbaijan have not been in the contested region, but instead are principally directed at the southern part Armenia. He concludes that they are likely a first attempt to establish connections with the isolated Nakhchivan exclave with the rest of Azerbaijan and related to the Azerbaijani oil and gas sector.
________________________

Ever since the breakup of the USSR, Azerbaijan and Armenia have been locked in a dispute over Nagorno-Karabakh, an enclave recognized as Azerbaijani territory by the international community but mostly populated by ethnic Armenians.

They fought a war there two years ago when Azerbaijan grabbed land in a six-week conflict that led to roughly 7,000 deaths.

The current fighting has little to do with Nagorno-Karabakh, however. These most recent Azerbaijani attacks were not in the contested region, but were directed primarily at the southern part Armenia, likely a first attempt to connect the isolated Nakhchivan exclave to the rest of Azerbaijan. 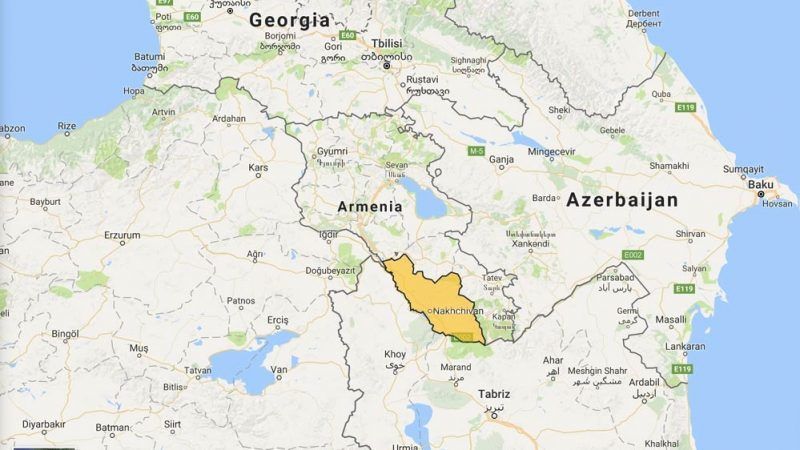 Part of the 2020 peace agreement called for an economic corridor between Azerbaijan and Nakhchivan wedged between Armenia, Turkey, and Iran. 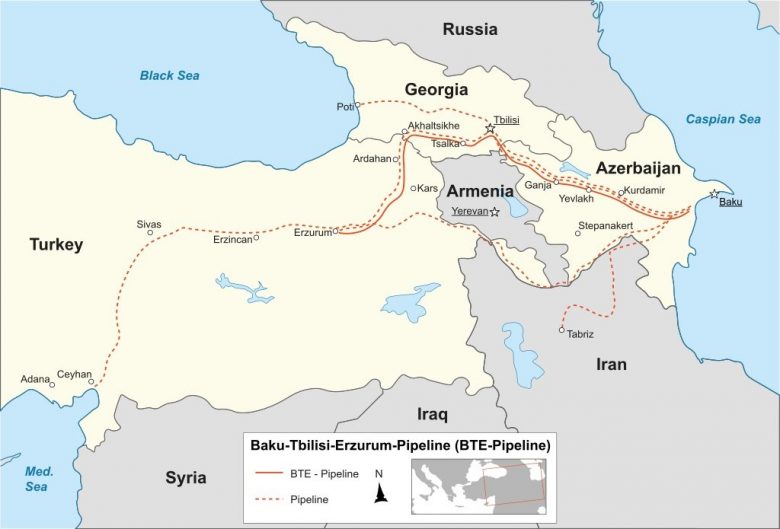 The route connecting the two parts of Azerbaijan was to run along the borders of Armenia and Iran in the Zangezur Corridor. Such a set-up would be a boon to Turkey but a major blow to Iran, as it would sever its connection to Armenia. Tehran therefore opposes it, which is why Israel supports it.

The situation is a headache for Russia, which maintains good ties with both Armenia and Azerbaijan, has 2,000 peacekeepers in Nagorno-Karabakh, and brokered the 2020 peace. The US would love for the conflict to ignite to put more pressure on Russia.

Armenia is yet to grant approval for the economic corridor project– likely due to a hard no from  Russia and Iran – and is facing the prospect of an attempted color revolution.

Azerbaijan and Turkey have grown impatient with Armenia dragging its feet and are likely looking to take advantage of Russia’s focus on Ukraine. Ankara and Baku will almost certainly continue to push until Moscow says enough. The question then becomes whether they would cross Russia’s red line.

With so many outside players shoveling money, mercenaries, and weapons into the cauldron, the situation is unlikely to calm down anytime soon.

While both Armenia and Azerbaijan receive aid from the US and Russia, Baku also draws in help from Israel and an enormous amount of support from Turkey. Armenia has the backing of Iran.

Who would benefit from economic corridors between Azerbaijan and Nakhchivan?

Russia and Iran would like to maintain the status quo. Russia has peacekeeping forces in Nagorno-Karabakh, a military base in Armenia, and tries to maintain good ties with both Armenia and Azerbaijan. Iran benefits economically from the current arrangement.

Let’s dive deeper into the interests and activities from the outside actors as they’re likely to have the largest roles in whether the fragile peace holds or the situation continues to deteriorate.

As stated above, Moscow would like to maintain peace in the region and would like to avoid choosing a side. Current transit routes through the region south to Iran and to the Caspian region are crucial for Russia, and any disruption would be a major blow.

Armenia is a member of the Russian-led Collective Security Treaty Organization, but Moscow tries to placate both sides during conflicts and chooses mediation efforts over any military response.

Russia needs Turkey to help it bypass western sanctions, and Moscow also has deep economic interests in the Azerbaijani oil and gas industry.

Armenia, which is almost completely dependent on Russia, unfortunately ends up as the regional punching bag.

Russia’s military base in northwestern Armenia hosts roughly 3,000 troops and is considered a vital interest. All signs are Russia would be forced to act should Yerevan come under serious threat.

It’s highly doubtful Azerbaijan and Turkey would push that far, jeopardizing their economic interests with Moscow and face a military response from the superior Russian side.

The larger threat to Russia that would require more investment would be political upheaval in Armenia. Azerbaijani attacks are helping to set the stage for efforts at just that.

Opposition parties, which attack the government for being weak on national security, have been pushing for regime change for months. The number of protestors is debatable – Turkish and western media claim numbers in the thousands while media in Armenia say the opposition is struggling to gain traction.

Nevertheless, the opposition is determined. Artur Vanetsian, who headed Armenia’s National Security Service from 2018-2019, leads one of the opposition parties. He has insisted this is just the beginning:

“Every day you will witness such actions across the country,” he said. “I’m sure that they will be coordinated and will eventually develop into a powerful movement.”

Ironically the ongoing protests have actually improved public opinion of the current government. The opposition positions itself as the national security faction (as opposed to democracy) that has been advanced since the end of the 2020 war, but thus far Armenians are refusing to equatine less democracy with more security.

Washington would love nothing more than to force Russia to put out another flame at its borders.

U.S. House of Representatives Speaker Nancy Pelosi “spontaneously” went to Armenia on September 17. While announcing the plan she added that members of Congress “don’t like to be a target” when they travel.

She presumably meant targeted by Russia as this seems to be her new raison d’être of parachuting into the backyards of Russia and China to help with destabilization efforts.

Pelosi met with Armenian leaders and condemned the Azerbaijani attacks. He visit comes at a time when many Armenians are frustrated that Moscow isn’t doing more to back Armenia, which is a member of the Russian-led Collective Security Treaty Organization.

Following Pelosi’s visit, Azerbaijan’s Foreign Ministry said in a statement that “unilateral steps and groundless statements serve not to strengthen the fragile peace in the region, but, rather to escalate tension.”

Protests against Armenia’s weakness in the face of Azerbaijani attacks have been going on in Armenia for months, but seem to be growing in intensity. If the current government looks like it’s going to be toppled, Russia would have a choice to either intervene or risk the conflict getting out of hand. The Middle East Institute:

The Republic of Azerbaijan, Turkey, and Russia are all well aware that the fall of the Pashinyan government might bring to power someone, like former President Kocharyan, who strongly opposes the Nagorno-Karabakh cease-fire agreement, peace talks between Armenia and the Republic of Azerbaijan, and normalization of relations between Armenia and Turkey.

The US would love nothing more than forcing Russia to get involved. Neocon think tanks in Washington like the RAND Corporation suggest doing exactly that.

While Pelosi waxes on the US commitment to Armenia and need for peace with Azerbaijan, the US State Department and Department of Defense continue to send Azerbaijan military aid. They do so while ignoring a 1992 law that prohibits assistance, other than specified support for nonproliferation and disarmament, to Baku.

There are exemptions that require Congressional approval, but since 2014, the law has simply been ignored. According to the Government Accountability Office the requirements for exemption haven’t been met and aid continues to flow regardless. The GAO report reads: “the agencies did not document how they determined that their programs would not be used for offensive purposes against Armenia.”

The upper hand that Azerbaijan enjoys against Armenia comes largely from extensive training, planning, and weapons from Turkey, which remains mortal enemies with Armenia due largely to the legacy of the Armenian genocide.

There are also allegations that Ankara has moved jihadist mercenaries from Syria and Libya to Azerbaijan and employed its F-16s against Armenia. Turkey denies both, though admits its F-16s are sometimes kept in Azerbaijan as a deterrent.

A direct connection with Azerbaijan would be a game changer for Ankara increasing its standing in the region immensely. Turkey and Azerbaijan are already working on an offshoot of the Trans-Anatolian Pipeline to Nakhchivan from the eastern Turkish province of Igdir, essentially routing the gas hundreds of miles around Armenia. After the conclusion of the 2020 Armenia-Azerbaijan war, Turkey was ecstatic about all the benefits it could reap, including:

Turkey’s ambitious gains would be Iran’s loss as it would be eliminated as a middleman needed to bypass Armenia. From Al Monitor:

Iran earns a 15% commission from Azerbaijan’s gas supplies to Nakhchivan. It serves also as a route for Turkish exports to Central Asia. An average of about 12,000 Turkish trucks use the route monthly, with Iran charging passage fees of up to $800 for their 1,800-kilometer (1,120-mile) journey to the Turkmenistan border.

Naturally, Israel, which also relies on Azerbaijani oil,  is a fan. From 2016 to 2020 Tel Aviv accounted for 69 percent of Azerbaijan’s major arms imports, including loitering munitions (they have been likened to missiles that can hunt for a target while directed from a control station).  The weapons gained notoriety in the 2020 Nagorno-Karabakh War.

Iran and Russia have shown no inclination to go along with Turkish and Azerbaijani plans for the corridor, however. Additionally Turkey’s triumphant plans after the 2020 war ignored the fact that most Caspian states had little need to send gas west through Turkey; they were looking East to China and already used Russian pipelines to send marginal amounts of gas to Europe whose needs were almost entirely met by Russia anyways. Of course, that’s no longer the case.

French President Emmanuel Macron stood behind the podium at the Brussels Summit and condemned Azerbaijan for its attacks against Armenia and Turkey for sending jihadist fighters to join the war. That was back in 2020.

On September 12, Azerbaijan announced it would increase natural gas exports to Europe this year by 30 percent.

The next day, Azerbaijan launched an attack on Armenia. It’s been crickets from European leaders during the most recent outbreak of violence.

The shift comes as energy-starved Europe turns to Baku for additional supplies. Azerbaijan has promised to up supplies to a total of 12 billion cubic meters this year – a woefully inadequate total as Russian supplies totaled 155 bcm in 2021.

Any heavy fighting in the region could put the EU’s energy security further in peril. During the 2020 war, Armenia allegedly attempted to attack part of the Baku-Tbilisi-Ceyhan pipeline in Azerbaijan that carries oil to Europe.

A pipeline through a Nakhchivan corridor could help boost supplies to Europe to upwards of 31 bcm, although that would be years away.

Ironically, due to its heavy investments in the Azerbaijani oil and gas sector, one of the bigger beneficiaries of any Brussels-Baku deals would be Russia. 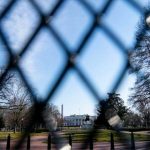 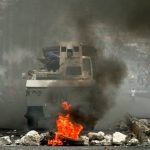