What actually characterizes the Donbas region, compared to other regions of Ukraine? 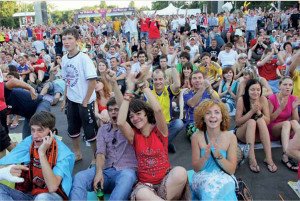 The first point is the fact that here is concentrated some 75% of industrial workers of Ukraine. The livelihoods of some 55 per cent of the total population of Donbas [corrected from “Ukraine”] is directly tied to heavy industry. This significantly influences the culture, tradition and consciousness of the people.

Comparing Donbas to other regions of Ukraine with their own revolutionary histories, such as Odessa and Kharkov (nowadays called ‘separatist’ or ‘terrorist’ sympathizing territories), it should be noted that the high-tech industries of Odessa and Kharkov were hit hard in the 1990’s. This partly undermined the workers’ positions. The policy of Ukraine’s home-grown Thatcherites of the day was designed to create a local middle-class (small entrepreneurs) in Kyiv, Kharkov and Odessa. And partly it succeeded – at least in terms of deepening divisions between the small bourgeoisie and lower classes.

But in Donbas, this policy totally failed. Local neighborhoods tended to exclude and ostracize small entrepreneurs. Apart from state taxes, local communities tended to impose on entrepreneurs their own ‘unofficial’ taxes, which could not be evaded. In the course of the recent Donbas uprising, the entrepreneurs were the first to flee from the newly created peoples republics.

In Donbas, to be rich is something that is still considered a ‘sin’ in many communities. And, compared to Odessa and Kharkov communities which mostly prefer to negotiate and bargain concessions with their local elites, Donbas communities don’t appreciate compromises. They often speak the language of ultimatums, a sign that they always felt their strength and were not afraid to show it. There is a local phrase which is very commonly spoken in Donbas. Yes, it is a little rude, impolite and arrogant. It goes, “Hey, you, look here, this is me, the proletariat – the dominant class – speaking to you.”

This is why the liberal intelligentsia, small bourgeoisie and various middle managers always feared and hated Donbas.

The main difference between the poor of Donbas and the poor of other regions of Ukraine is that the Donbas poor are still proud of themselves. They are more convinced than others that they are actual ‘salt of the earth’, whereas the bourgeoisie is considered by them to be ‘riff raff’ whose property will be sooner or later be expropriated. 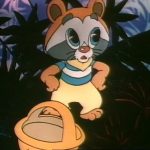 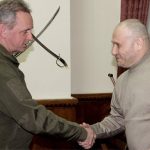