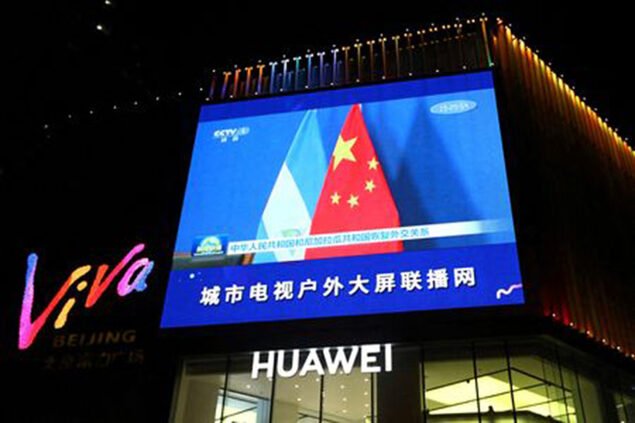 This past Thursday, Nicaragua’s Ministry of Foreign Affairs announced its decision to rescind diplomatic ties with the Republic of China, also known as Taiwan. Immediately after, the People’s Republic of China announced the re-establishment of diplomatic relations with President Daniel Ortega’s government.

By Gustavo A. Maranges

This past Thursday, Nicaragua’s Ministry of Foreign Affairs announced its decision to rescind diplomatic ties with the Republic of China, also known as Taiwan. Immediately after, the People’s Republic of China announced the re-establishment of diplomatic relations with President Daniel Ortega’s government.

The switch did not come out of the blue since a delegation from the Central American country had already traveled to China to take on negotiations on the representation agreement. The Statement released by the Nicaraguan government did not mention any reason except the acknowledgment of the One-China Principle, which holds that Taiwan is a province of the People’s Republic of China.

The Taiwanese side said it was sad and disappointed and put an end to the 27 bilateral cooperation agreements, comprising of between 30 and 50 million dollars. The Ministry of Foreign Affairs issued a declaration, announcing the evacuation of the diplomatic personnel from its mission in Managua and the cut of diplomatic ties to safeguard its national sovereignty and pride. Taiwan was Nicaragua’s main donor from the Asian region, and it was deeply involved in the house-building and agricultural development of Nicaragua. The Taiwanese President visited Nicaragua in 2017, and shortly after, the Latin American country got a $100 million loan, which was a signal of mutual trust and the robustness of the bilateral cooperation. However, the bilateral relationship has had its ups and downs for a long time.

After winning the elections in 1985, Daniel Ortega ended diplomatic links with Taiwan, which was kicked out of the United Nations in favor of the People’s Republic of China in 1971. Immediately after he finished his presidential term in 1990, then-President Violeta Chamorro resumed the diplomatic ties. She played a key part in the US plan to keep a thorn in the Chinese side. The United States broke up with Taiwan in 1978 in order to normalize its relationship with China, even though it kept the pressure on its allies, especially the Latin American ones, to impede Taiwan’s international isolation.

With this new blow to Taiwan’s international recognition, only 14 countries are harboring diplomatic representation of the island: San Kits and Nevis, Saint Lucia, Saint Vincent and the Grenadines, Palau, Marshall Islands, Tuvalu, Nauru, Swaziland, the Vatican State, Paraguay, and Honduras, which recently elected President Xiomara Castro indicated her sympathy to the One-China principle during her presidential campaign. This is not a good sign for Taiwan, which has lost seven international allies (including Nicaragua) since 2017.

During his presidency Donald Trump promoted the international role of Taiwan as one of its strategies to counter China’s power in the international arena. This, alongside the commercial war, was Trump’s warhorses against China. This is precisely one of the underlying reasons of the movement from the Nicaraguan government.

During the last four years, Washington has strengthened its aggressive stance towards Nicaragua, using economic sanctions, destabilization attempts in 2018, and a campaign to undermine the legitimacy of Daniel Ortega’s re-election. Nicaragua has stood firm to its anti-imperialist position and has done everything possible to limit the reach of US actions against its sovereignty, leaving the Organization of American States recently is  clear proof of that. In that line, switching its position towards Taiwan is a broader reach action with a double purpose.

On the one hand, it is a blow to US strategy to use Taiwan’s international recognition as a spearhead against China. On the other hand, it places Nicaragua closer to the biggest US geostrategic enemy, giving it a bigger share in the regional financial and economic landscape, which in itself increases the threat to US prominence.

However, countering the US is not the only profit that Nicaragua is getting with this turn of position. Nicaragua is the third poorest country in Latin America, and the COVID-19 has weakened the national economy, and consequently the ability of Ortega’s government to improve the living conditions of its people. Moreover, the United States, the natural economic partner of the region, is doing everything possible to undermine Nicaragua’s development strategy for political and geostrategic reasons. What is clear is that China, the second-largest economy in the world has a clear strategy to increase its presence in Latin America.

The re-establishment agreement was signed by China’s Deputy Foreign Affairs Minister Ma Zhaoxu and Nicaragua’s presidential adviser Laureano Ortega Murillo. The Nicaraguan official is also a national investments promoter, which put some light on some other reasons behind this switch.

Nicaragua is aware of China’s intentions to invest over $250 billion in the region and this move can put it in a better position to access these funds. Getting closer to China has always brought economic benefits for the countries of the region. In 2017, Panama made the same move that Nicaragua just did and the Chinese investment flew to the isthmus. Panama also was able to issue the Panda Bonds to increase its financial portfolio, which are $500 million-worth of debt bonds aimed at the Chinese market and sold in yuan.

Moreover, Nicaragua is very interested in becoming the true inter-oceanic maritime canal planned since 2013, a project granted to the Chinese enterprise HK Nicaragua Development Investment (HKND). The maritime route is a cornerstone of the economic and social development strategy of the Central American country, and just the fact of starting it will bring immediate benefits to the well-being of the Nicaraguan people by generating over 50,000 jobs.

Taking all these into account, the switch was a strategic move that could only bring benefits to Nicaragua. Besides that, the People’s Republic of China shows right now as a more reliable ally than Taiwan, since it is way too docile and subservient to Washington’s desires and schemes, and bringing Nicaragua down is one of its most urgent goals.

Politics aside, from a human level, why wouldn’t Nicaragua align with China? Who would they rather deal with, a country that treats them with mutual respect and benefit or one that goes out of its way to destroy it. 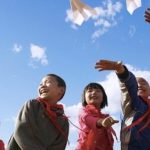 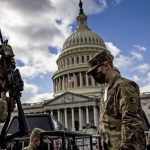