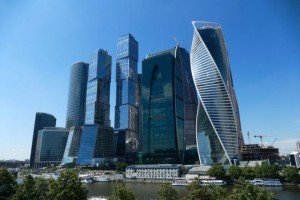 To many observers, financial sanctions have been the most effective of the so-called “sectoral” sanctions adopted last summer in response to Russia’s annexation of Crimea and subsequent involvement in the war in Ukraine. Whereas sanctions imposed on the defense industry have caused relatively minor disruption to date, and the ban on technologies used for tight oil extraction will only really affect Russian oil production many years down the line, the limitations on Russian firms’ access to finance have exerted an immediate impact.

First, financial sanctions resulted in the effective closure of Western capital markets to a large number of Russian corporations, and not just those directly targeted by sanctions. This “sudden stop” of capital inflows has contributed to the steady decline in investment in the Russian economy that accelerated in the final quarter of 2014 and continued into this year.

Second, because Russian firms were unable to refinance existing debt, they were also forced to repay their debts on schedule.

As a result, Russia’s total external debt fell from about $728 billion in January 2014 to $597 billion at the end of 2014. This sharp reduction of more than $130 billion in the stock of external debt was due to a combination of repayments (primarily to Western banks) and a reduction in the dollar value of ruble-denominated debt.

Third, Russian firms and banks also found it difficult to substitute capital from Western banks with loans from Asian sources. According to Bank for International Settlements data, Asian sources accounted for less than 10 percent of international bank loans extended to Russia in 2013. From this modest starting point, spectacular growth in lending over an extended period would be required for Asia to even approach the West’s role in Russian capital markets. Evidence from the past year has not given any suggestion that this has even begun to take place on the scale needed.

Fourth, and perhaps most ominously, a little under $75 billion of external debt repayments are scheduled to be repaid over the remainder of 2015 (a further $45 billion was scheduled for repayment between January and May 2015), and another $68 billion over 2016. That means that between now and the end of 2016, over $140 billion is currently scheduled to be repaid. Set against around $365 billion in international reserves, this looks like a substantial and worrying amount.

Taken together, this might be seen as encouraging by Western policy-makers. After all, they might think, if Russian firms and banks cannot raise fresh capital from either the West or Asia, and if external debt payments will swallow up a substantial share of Russia’s current stock of foreign exchange reserves, surely the Russian authorities will feel the squeeze and perhaps even modify their policies in Ukraine?

However, while financial sanctions might, by starving the country of much-needed capital, exert a negative influence on Russia’s economic development over the long run, the likelihood of Russia suffering from an imminent external debt crisis is low. This is because much of Russia’s scheduled external debt repayments consist of obligations to banks or other corporate entities that either own or are linked with the Russian debtors.

In other words, there is significant “intragroup” debt, where Russian firms borrow from closely-linked entities registered offshore for the purpose of “tax efficiency,” for example. Such debt can be easily rescheduled and does not constitute a “hard” debt obligation.

Given Russia’s still substantial international reserves, and the fact that many firms hold billions in foreign currency abroad and continue to generate large volumes of foreign currency revenues, this amount will not worry policy-makers in Russia.

This doesn’t mean that sanctions aren’t hurting the Russian economy; they are, only not as quickly or directly as those in some Western capitals might hope. Rather than cause a sudden and dramatic financial crisis, financial sanctions are more likely to contribute to a slow strangulation of investment that, over a sustained period of time, will reduce economic growth in Russia.

Finally, the above analysis applies for as long as oil prices remain stable or rise. Russia remains extremely susceptible to a sudden drop in oil prices. As the ongoing struggle between Saudi-led OPEC producers and U.S. tight oil producers unfolds, the emergent equilibrium between global supply and demand could well cause prices to plummet again. If this scenario were to unfold, Russia’s financial situation would surely take a sharp turn for the worse.

Richard Connolly is an associate fellow at Chatham House’s Russia and Eurasia program.