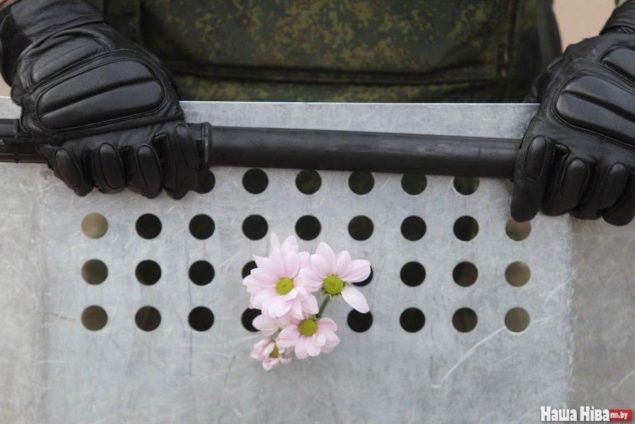 The mass usage of force by Belarusian authorities against mass protests that erupted after the presidential election play a dirty trick on President Alexander Lukashenko.

The mass usage of force by Belarusian authorities against mass protests that erupted after the presidential election play a dirty trick on President Alexander Lukashenko.

While the decisive usage of force was a useful tool to supress the coup attempt and violent street riots on August 9 and August 10, the further actions of Police and the Internal Troops against protests on August 11, 12, 13 and 14, when the opposition mostly switched to nonviolent resistance approaches undermined the image of the Lukashenko government among the neutral part of the population and even among its supporters. This situation became a trigger for the intensification of street protests (this time peaceful ones), the first successes of the opposition’s attempts to stage a nation-wide strike and contributed to the popularity of the anti-Lukashenko movement in general.

On August 14, the Belarusian Electoral Commission officially declared Lukashenko a winner of the presidential election with 80.1% of votes, while the opposition candidate, Sviatlana Tsikhanouskaya, got 10.1%. Regardless these numbers, the government says that the election was fire and transparent, while the opposition has declared it rigged, the situation on the ground has clearly turned not into the favor of the acting president.

Pro-opposition media organizations, including those managed from Poland and Lithuania, have achieved a decisive victory over pro-government media, and the popularity of protests inside the country and on the international scene is growing.

Harsh statements of the top Belarusian leadership mocking all the protesters as solely provocateurs and foreign agents and denying the usage of force against protesters also played their own role. While it’s wrong to deny actions of destructive forces, it’s an apparent distortion of reality to describe all opposition supporters as foreign agents or provocateurs.

“For starters, I’m still alive and I haven’t fled abroad as some of our vaunted, ‘informed’ compatriots are drumming up that the president has fled the country and is now abroad,” President Alexander Lukashenko said on August 14 adding that his opponents are trying to “stir up laborers’ associations”.

He also warned workers against participating in strikes.

“Today you don’t produce 10 tractors, they don’t go to the market, and tomorrow the Germans will come with the Americans. The Russians will bring their equipment,” the president said.

The anti-Russian statements of the Belarusian leaders are also surprising in the sitaution while it’s an open secret that a large part of protests is being coordinated from Poland. From the practical point of view, the destruction of relations with the only really ally of Belarus (and a de-facto sponsor of its economy) also does not help his regime to remain in power.

Meanwhile, police officers guarding the government building in Minsk put down their shields in an apparent sign of the collapse of the commitment of at least a part of law enforcements to use the force against protestsers. Pro-opposition media outelts cirtulate over a dozens of photos supposedly showing resignation letters of police officers and personnel of the Internal Troops. Earlier, the opposition staged a flash mob motivating former police officers and servicemembers to throw away their unifroms on cameras. Opposition supporters achieved another important victory, they got the moral ascendancy over the Lukashenko government in the eyes of residents of large cities. 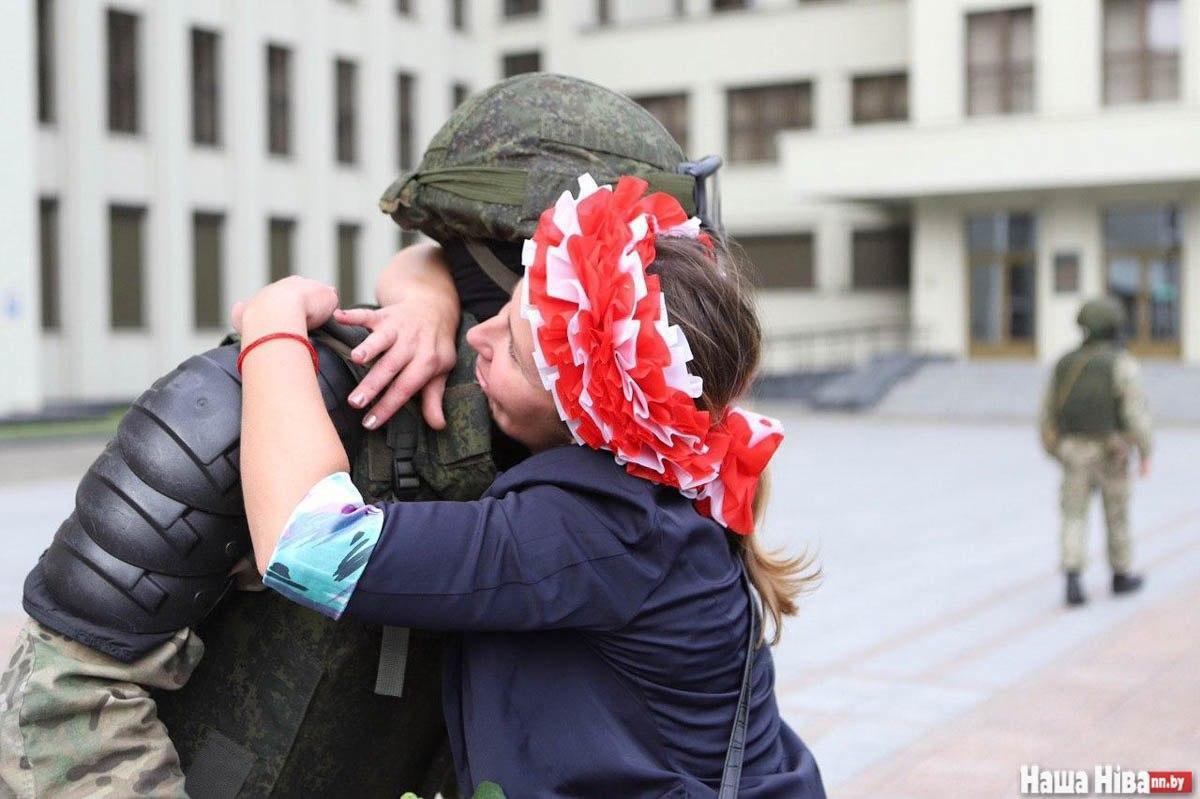 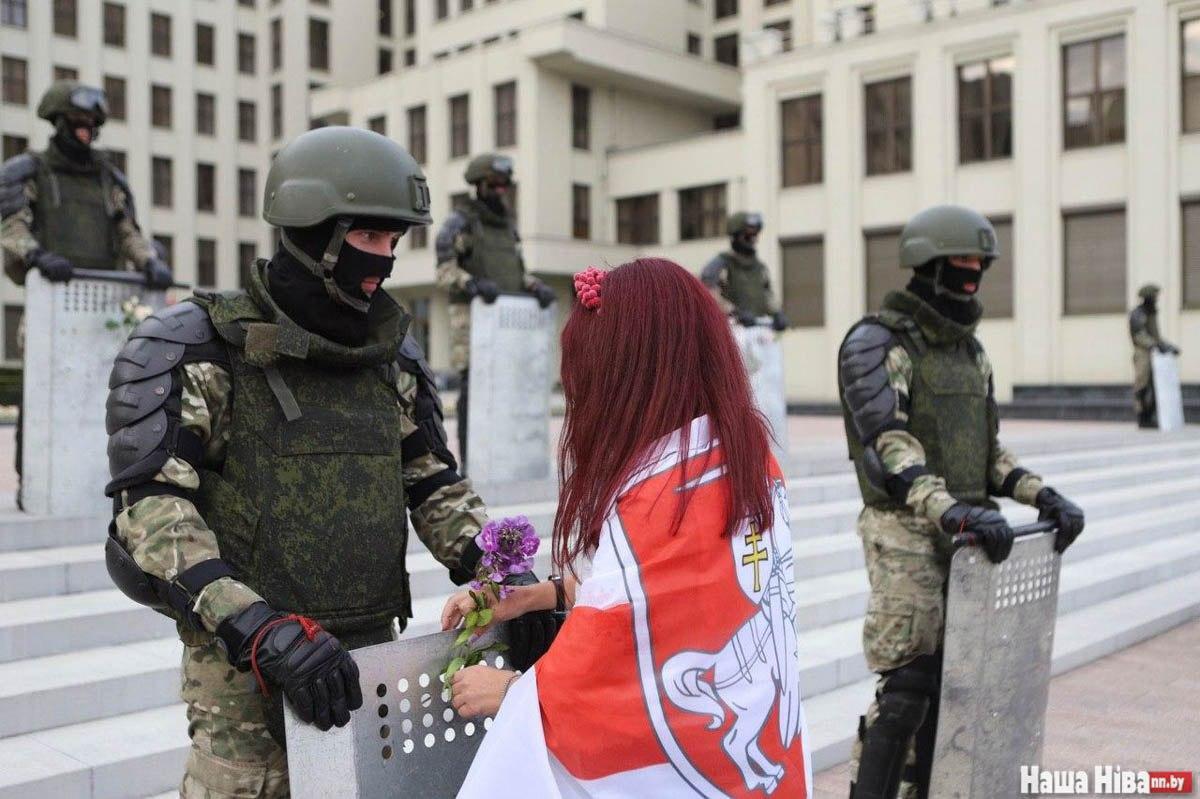 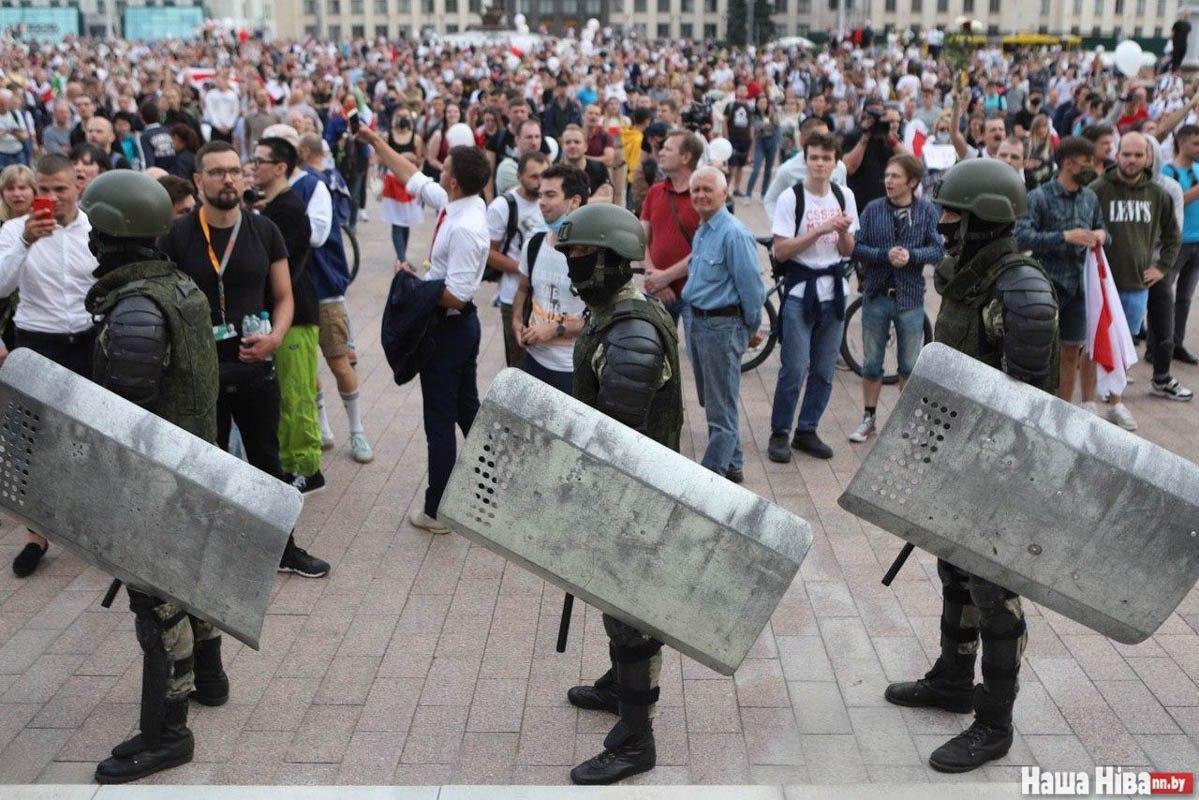 The Minsk Tractor Works (MTZ) was hit by protests and its workers joined the anti-government rally on August 14. The plant is one of the biggest employers in the Belarus capital, giving jobs to some 15,000 people. The incident took place shortly after Belarus Prime Minister Roman Golovchenko arrived there to talk with protesters. He reportedly refused to speak to the crowd in front of the press, angering many there and setting off the protest march. Workers of several other plants across Belarus also joined the protests.

The inability of the Belarusian government to participate in a real dialogue with the pro-opposition part of the population is among the key problems that put it in the current situation.

Meanwhile, Belarus is facing an expected and increasing pressure on the international scene. Sviatlana Tsikhanouskaya that fled to Lithuania declared (with an apparent help from foreign special services) that she was staring to create a special council tasked with the transition of power from Lukashenko to her. The council, according to Tsikhanouskaya, should include representatives of all associations that are interested in dialogue and the peaceful transfer of power – labor collectives, parties, trade unions, etc. She also called on the ‘international community’, including European states, to help with the dialogue with the current authorities. It should be noted that, according to the opposition version of events, Tsikhanouskaya won the election (with 10% sic).

The European Union and the United States already condemned violence in Belarus and expressed their ‘concerns’ over the protests there. Lithuania, Latvia, Estonia and Poland declared that they are ready to become mediators in the dialogue between the opposition and the Lukashenko government. Apparently they hope that Lukashenko forgot how ‘EU states’ already became mediators between the government and the ‘opposition’ in Ukraine in 2014. The Yanukovich government fell just a few days after they supposedly reached a deal to settle the tensions.

Protests against the Lukashenko government in Europe:

Meanwhile, Alexander Schallenberg, Minister of Foreign Affairs Austria, said that the European Union is not interested in the rapprochement between Russia and Belarus. He added that the current situation in Belarus is the setback for the EU-Belarusian relations and supported calls for sanctions against the Lukashenko government. The European Union sees the threat of sanctions as a useful tool to pressure Lukashenko to ‘negotiate’ (surrender to) with the opposition.

It is interesting to see how Lukashenko’s best friend in the European Union and the United States immediately betrayed him amid the crisis and in fact work to overthrow his government. The de-facto anti-Russian foreign policy, the public anti-Russian rhetoric and the Lukashenko-initiated economic and political conflicts with Russia appeared to be not enough to satisfy them. They need the fully-controlled and ‘European’ Belarus – i.e. the goal of Euro-Atlantic structures is to get a full foreign control of Belarus, like they (led by the United States) did in Ukraine.

As to Russia, which is painted by the ‘destructive force’ by the West and even by the government of Lukashenko for years funded by the Russians, it seems that Moscow’s main problem is the lack of political will to provide a really strong policy towards its supposed ally. The Russian indulgence to Lukashenko’s multiple anti-Russian moves and the unwillingness of Moscow to whip into the line the Lukashenko regime and put an end to its destructive actions led to the current situation. The years of direct and indirect sponsorship of Belarus (billions of dollars) are turning into dust. Furthermore, a large part of the Belarusian population, which in fact survived due to Russian donations only, see Moscow as the supposed ‘aggressor’ that want to suppress the ‘democracy’ in mighty and flourishing Belarus. The soft policy towards Belarus only set conditions for the expansion of anti-Russian forces there and Lukashenko’s political adventures with the West that led to the situation, when Russia could easily get another point of instability on its border.

In own turn, Lukashenko is just reaping the fruit of his own actions of the previous years. 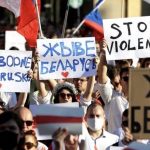 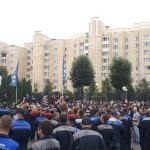 Belarus: Who? Why? For what?Belarus, Video