BRUSSELS/WASHINGTON — Western powers are preparing what they say may be their most potent weapon against Moscow’s interference in Ukraine — a multi billion dollar aid package to rebuild a near-bankrupt state and realize the European dream cherished by many Ukrainians.

There is just one problem: Foreign governments and international financing institutions are not willing to pour money into a dysfunctional state. Only this week, the businessman brought in by the new authorities to clean up the tax service was himself suspended pending a corruption inquiry.

Donors say the former Soviet republic, crippled by war and corruption, is unable or unwilling even to identify how many roads, power plants and schools its 45 million people need, let alone meet new European standards for farms and factories. “There’s strong resistance because many people in various ways benefited from the old, inefficient and largely corrupt system,” said Kalman Mizsei, the head of the EU’s advisory mission to Ukraine.

Ukraine is one of the world’s most corrupt places, ranking as 142 out of 175 in Transparency International’s corruption perception index. By some estimates, the shadow economy accounts for up to 60 percent of economic output.

In a telling remark as he suspended tax chief Ihor Bilous on Tuesday*, Prime Minister Arseniy Yatsenyuk complained that while the agency’s honesty improved after the Maidan protests ousted the old regime, it had gone back to working “like it always did.”

Despite the zeal of Ukrainian President Petro Poroshenko and his new, U.S.-born finance minister, stabilizing the economy with the help of the International Monetary Fund is only the start.

Beyond the finance ministry, where not only IMF but German, Canadian and Polish experts help manage debt and the budget, neglected government departments have few computers or staff with language skills to communicate with foreign advisers.

“The public administration needed to run a state is simply not there,” said one Western donor consultant working in Kiev, who described mid-level bureaucrats responsible for implementing projects as “ineffective, demotivated and underpaid.”

Another EU consultant described how he tried in December to help a Ukrainian official establish how many state-funded schools there were in the country. They never reached an answer.

The situation also risks being exacerbated by donors such as the European Union, Norway and Canada who, wary of money being misspent, insist on being seen as ‘investors’ seeking a comprehensive ‘roadmap’ from Kiev before a donors conference can be held in April.

“We have to avoid a bottomless pit. We want to have a precise plan,” said European Commissioner Johannes Hahn, who is responsible for the EU’s neighborhood policy. “I can’t rely on announcements that something will happen by 2015, 2016.”

Asked about overcoming corruption and modernizing the bureaucracy, Ukraine’s Finance Minister Natalie Jaresko said Kiev needed more time: “It’s something that starts at the top and has to permeate,” she said. “It’s a longer-term challenge.”

Offers of assistance reflect the West’s determination to pull Ukraine out of Russia’s sphere of influence and bring it into the fold of European nations, encouraged by protesters who toppled the pro-Moscow president Viktor Yanukovych a year ago.

How much money is available is not crystal clear. For budget support, Ukraine has agreed a $17.5 billion program with the IMF, plus up to $7 billion from the European Union, the United States and the World Bank. Ukraine also expects $15 billion to come through debt restructuring.

Ukraine has received pledges of loans and loan guarantees from the likes of the EU, Switzerland, Japan and Canada of some $10 billion. A donor conference in Kiev could raise another $15 billion, the EU’s Hahn has estimated — though it is far from clear when donors might be ready to made pledges.

That figure cited by Hahn would give a total of $64.5 billion in aid, making it one of the world’s largest international assistance programs in recent years.

Aid efforts are also linked to preparing Ukraine for a trade agreement with the EU, a deal that lies at the center of the stand-off with Russia because Moscow wanted Kiev to join its Eurasian customs union. Under that agreement, Ukraine will have to lift its standards to sell its poultry, dairy and meat products to EU consumers. The 500 million euros that the deal would save Ukraine in cuts to EU import duties depend on those reforms.

But without some kind of breakthrough on how to spend the money, officials say privately that the donor aid is wishful thinking because development banks need projects to be proposed to them, as well as to attract bids from companies for the work.

Investors have so far mostly come into Ukraine on only the safest, private-sector projects, or municipal projects backed by a city’s budget.

“Ukraine needs to reform its judiciary. Companies dread going to court in Ukraine,” said an official at a development bank. “The chances of them losing a case is 99 percent because the judiciary is in the pocket of whoever is in power.”

According to a new study by insurer Willis Group Holdings and consultancy Oxford Analytica, firms are likely to lose more money in Ukraine over a 10-year period than in Venezuela. It is only a slightly safer bet than North Korea. 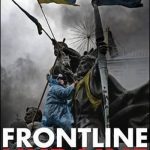 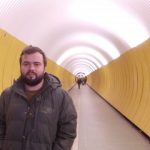